The Diamond Showroom Tower is a proposal for an independent building of retail stores, in Bandra Kurla Complex in Mumbai, Maharashtra. The proposal is an exploration of how a tall building could become a representation of what it inhabits. The building is divided into three separate towers, which create a large court in the middle. This court not only becomes the main source of natural light, it also is a visual connector between the three towers, which each inhabit their own sets of retail stores. All these towers are interconnected, through a series of bridges spanning across the middle court, to allow the user to traverse through the entire building seamlessly. 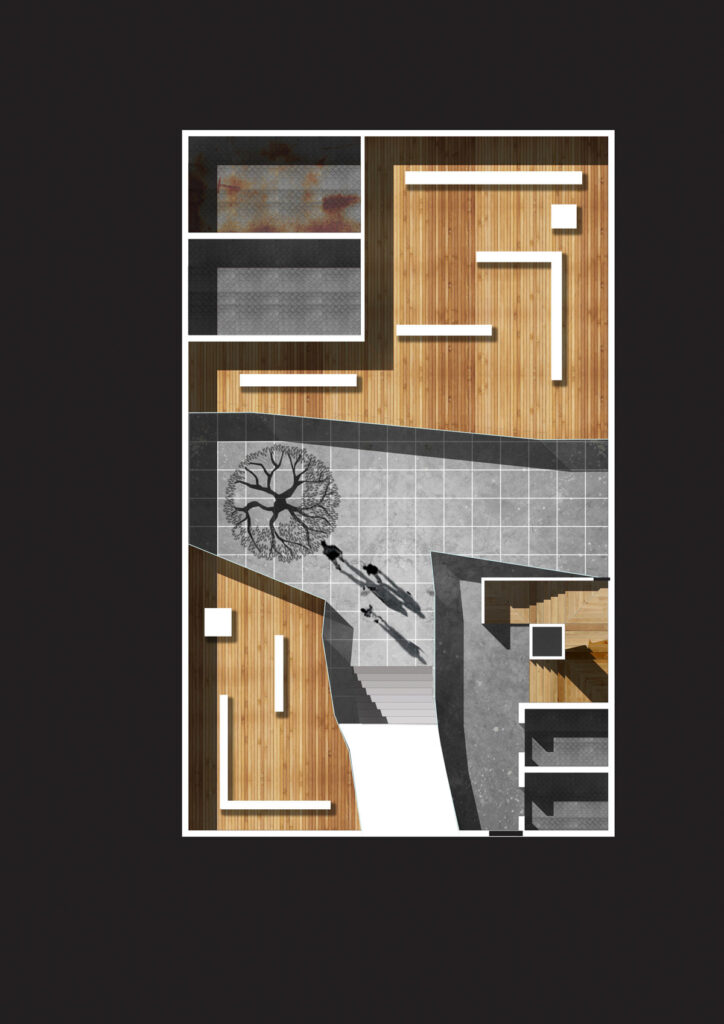 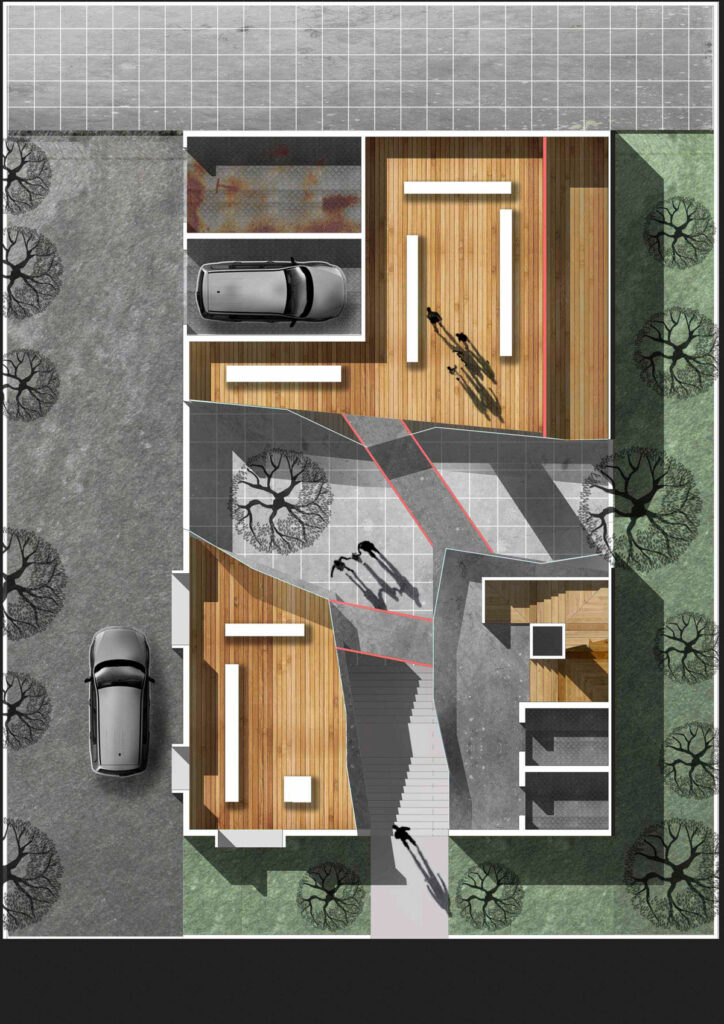 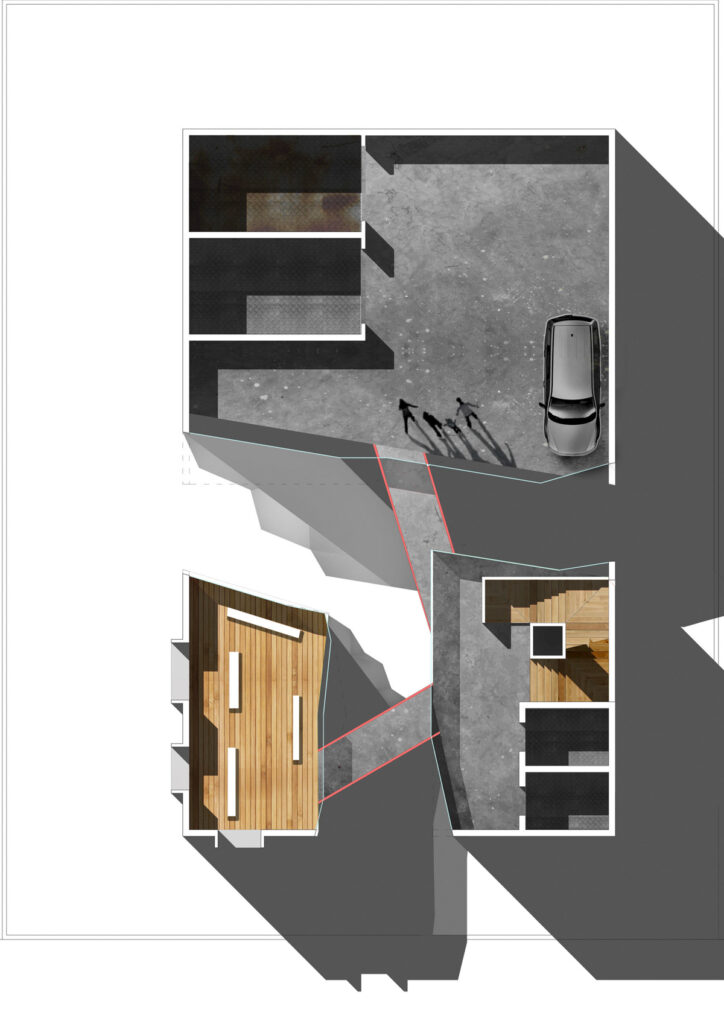 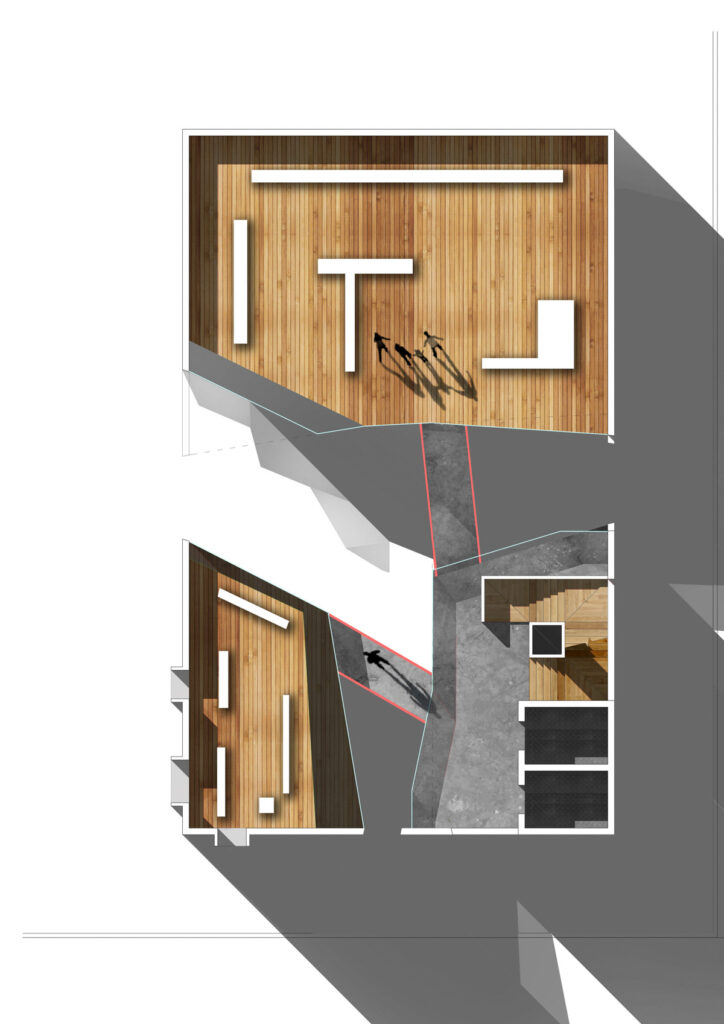 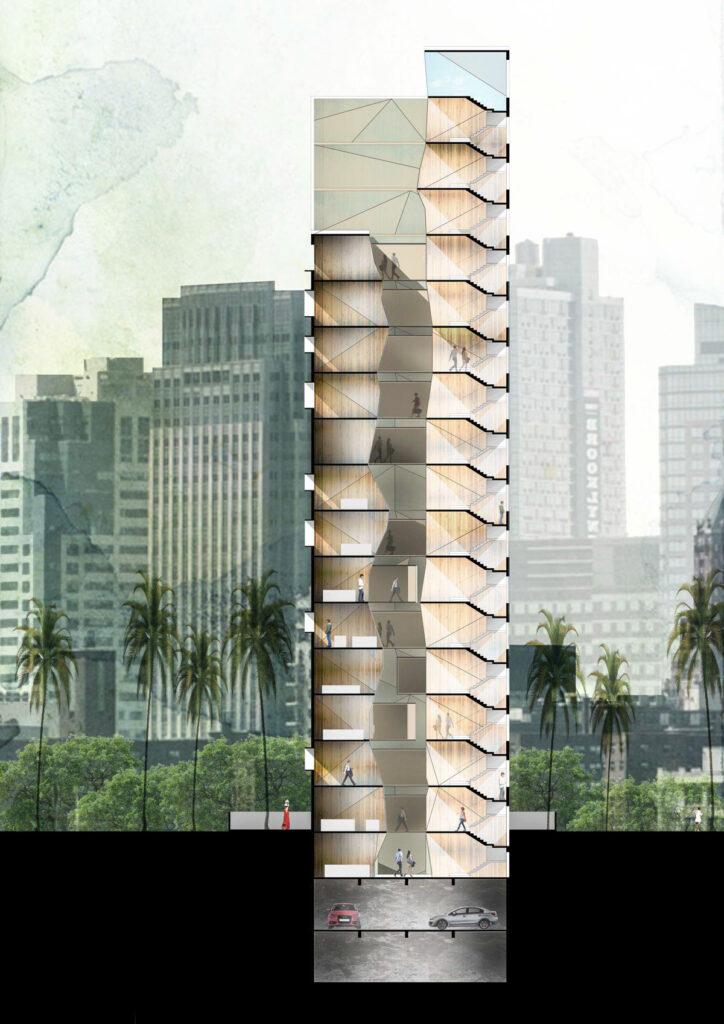 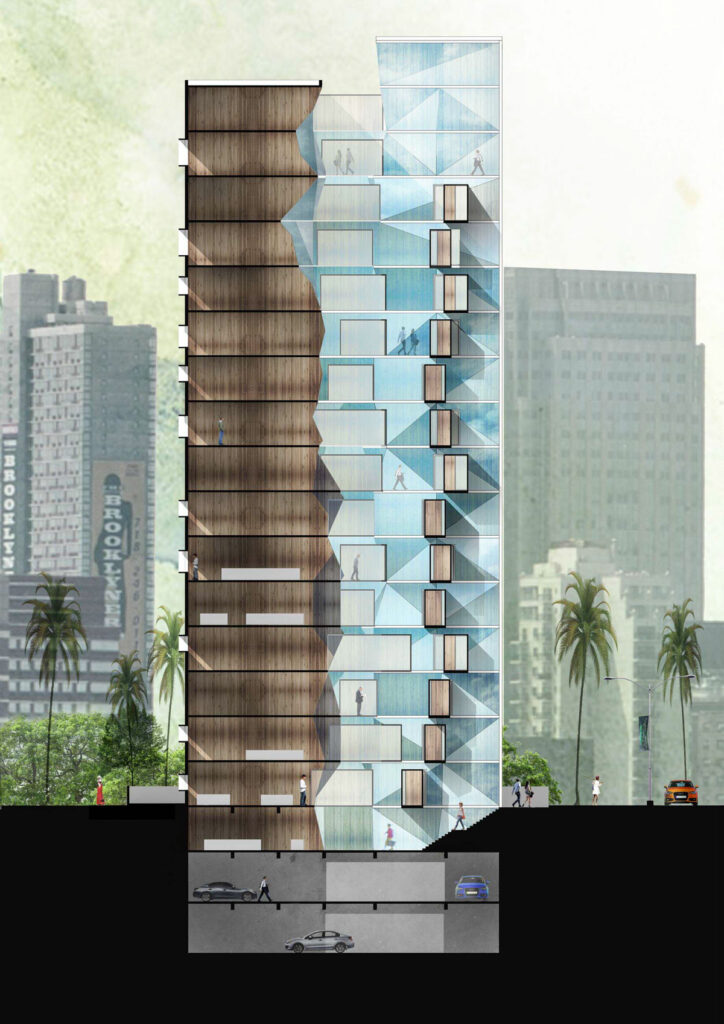 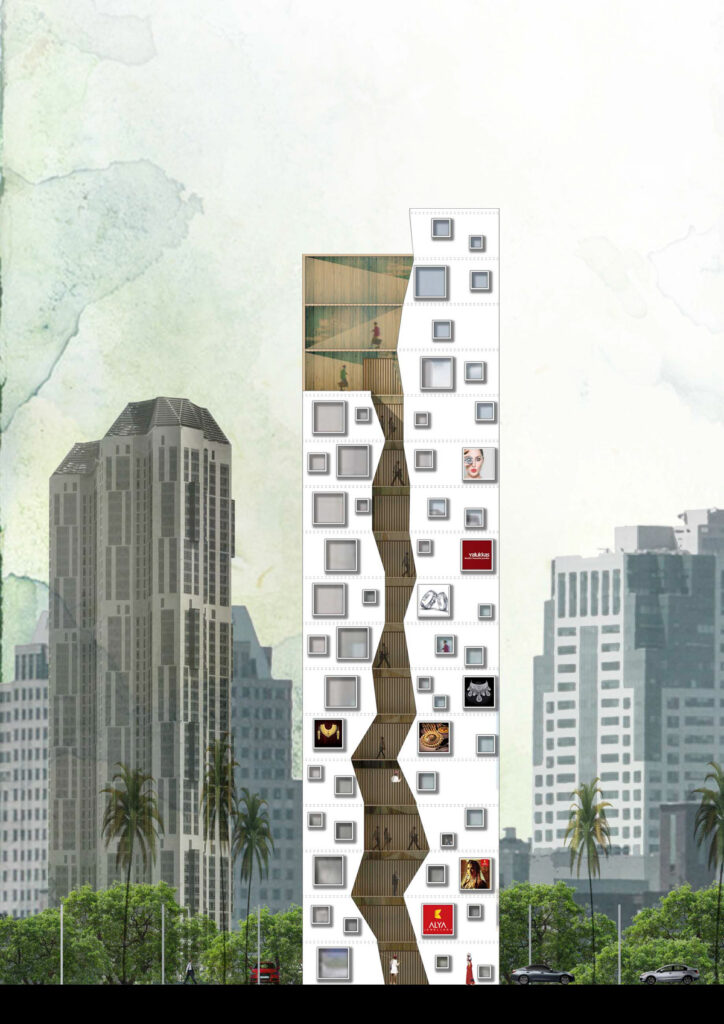 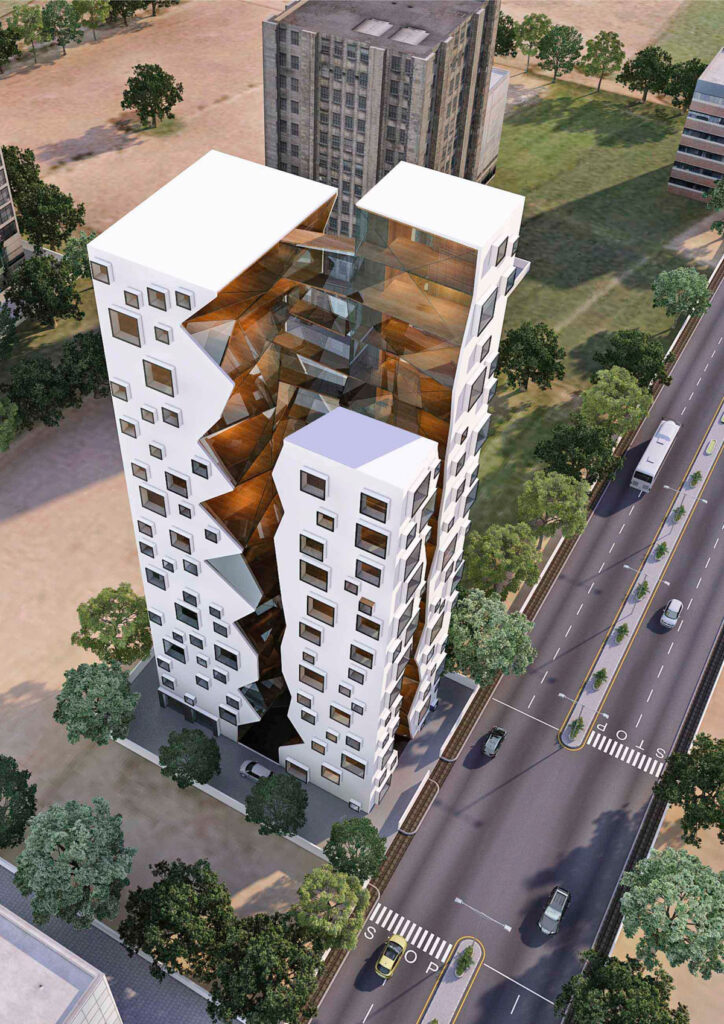 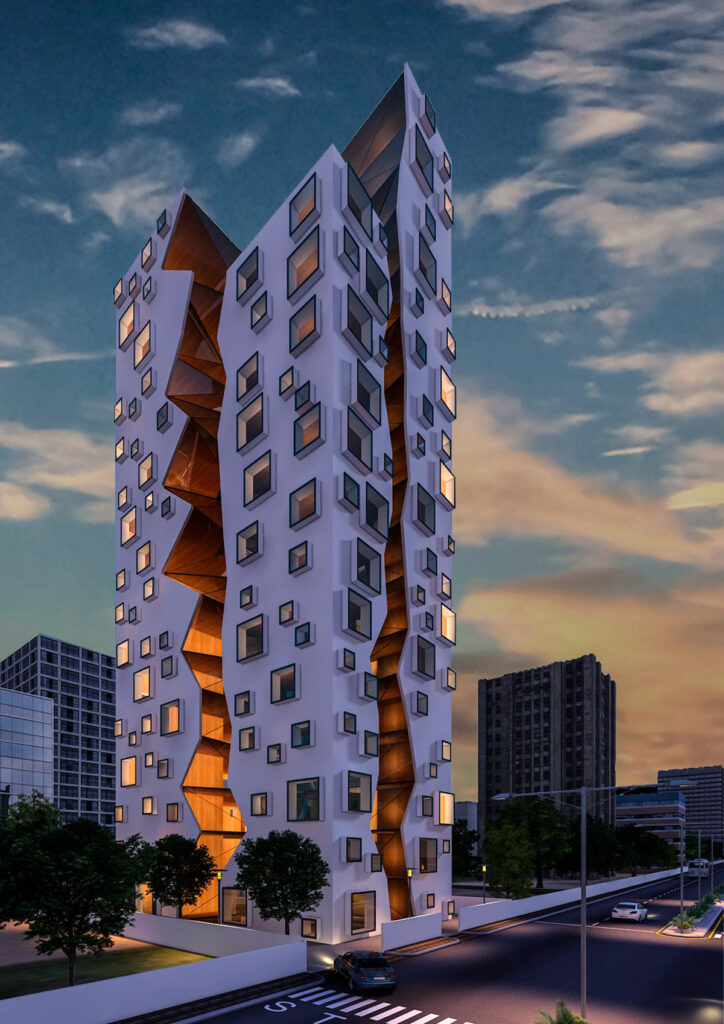 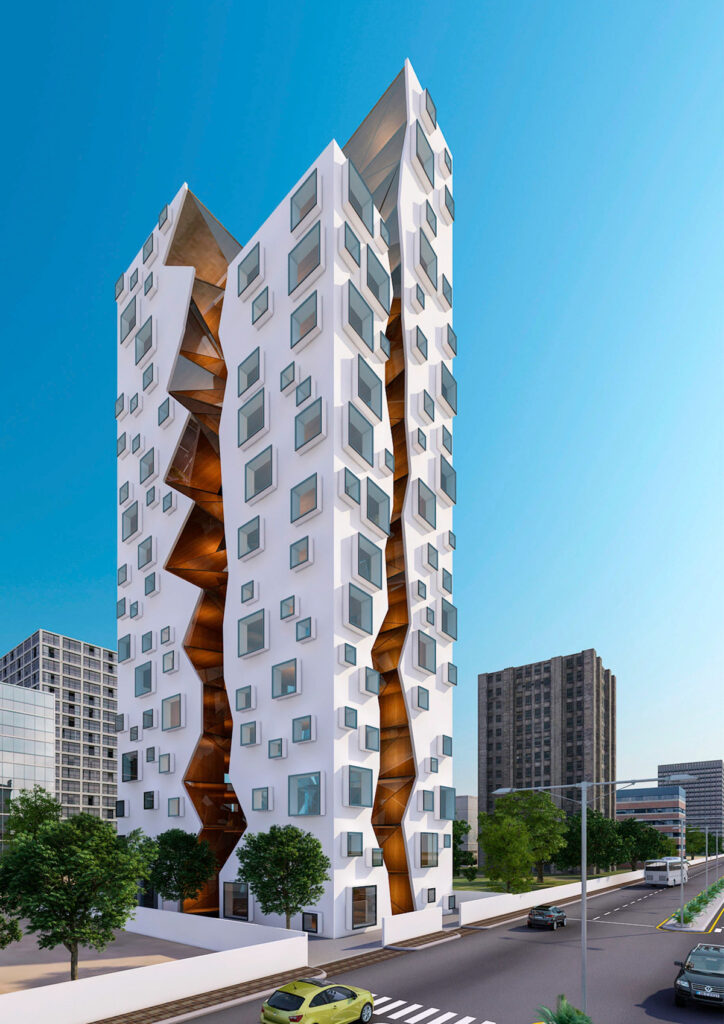 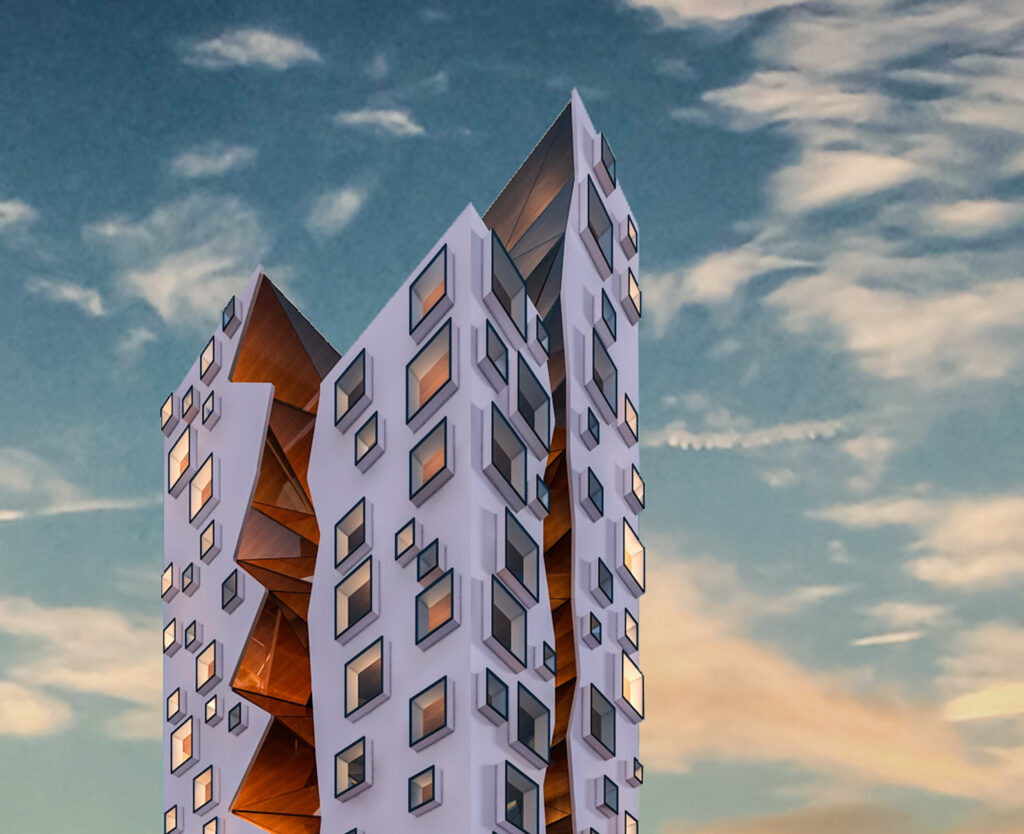