Dacha in the City

History of Russian Housing has been about Kommunalkas as co-housing and Dachas as a weekend home. ‘Dacha in the city: XL, L, M & S’, where life is with nature, is a balance between the two, and an entry for a competition named Hustle Hub, located in ZiL district of Moscow, Russia.

The challenge here was to design a replicable framework for co-living housing concept for the young, migrant/local, working population of 20-35 years of age –  a housing which is affordable (not subsidised but optimized), works on cyclic leasing for durations longer/shorter than rental cycles and gives them enough headspace to build their career and move.

The project was conceptualised by considering ‘volume’ instead of the area, as it gives a resident the opportunity to live in a house which need not be just a ﬂat plane. Of the total available volume, 50% is used for 500 units, giving 324m3 of volume per house, which is higher than the standard living space per capita in Russia, while the other 50% is used for shared facilities. Individuals get a ﬂexibility and choice of selecting their unit as a ‘volume’ from the multiple iterations, with equal fundamental elements of 18 m3 of semi open space, 36 m3 of garden area and 54 m3 of living spaces.

Sunlight shafts as courtyards within the apartment blocks ensure well lit and ventilated apartments. The stepped section of the blocks is a response to the river, giving each unit a river view. 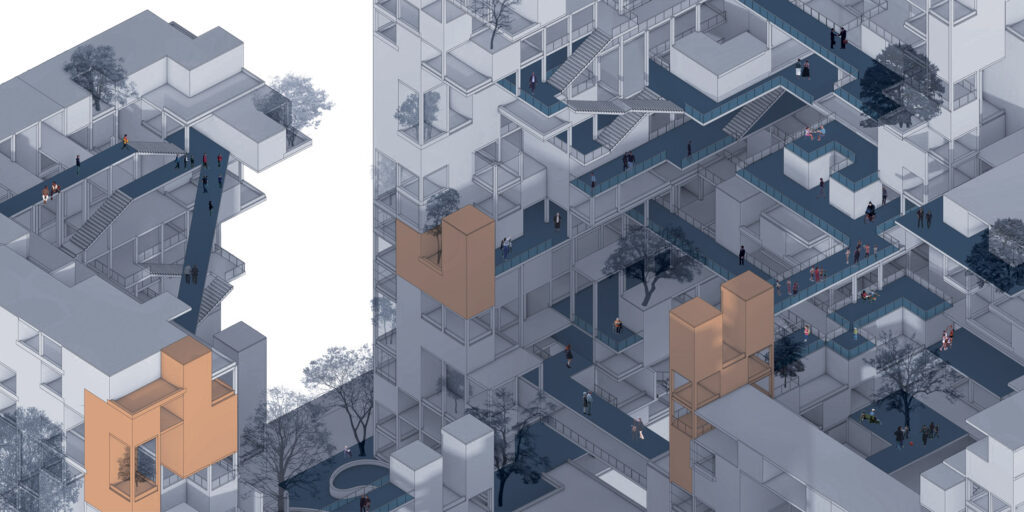 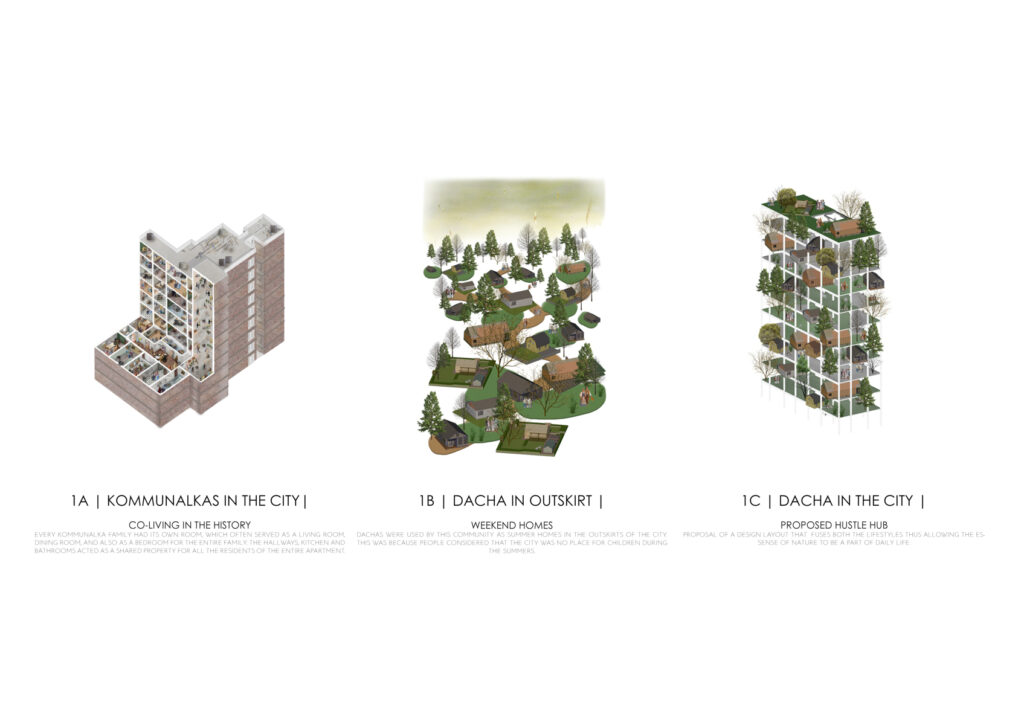 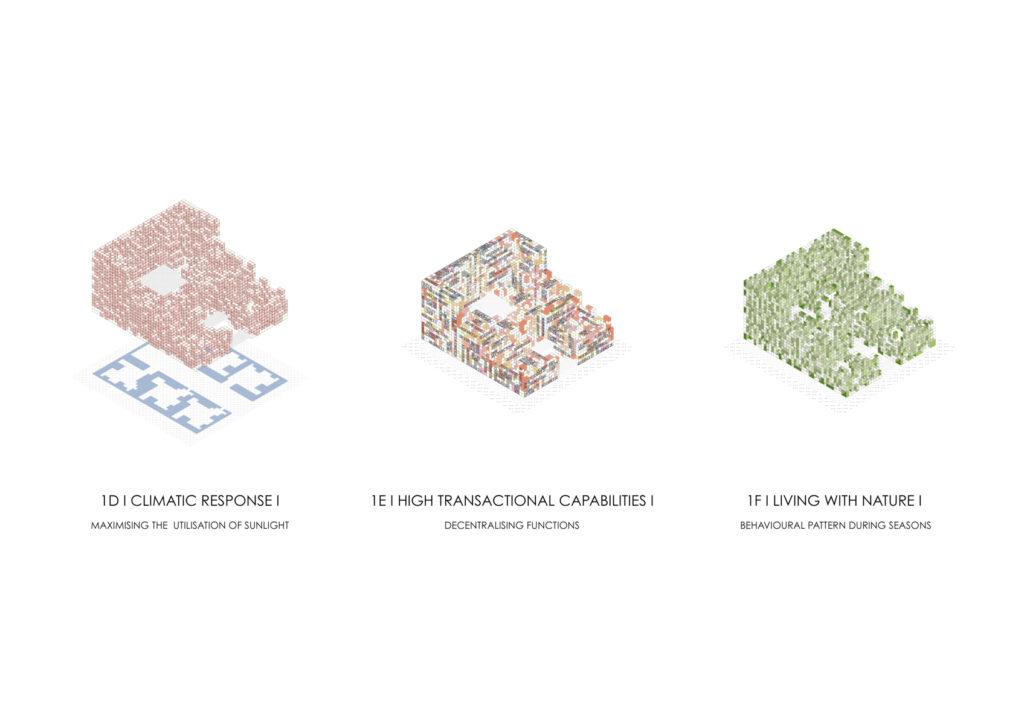 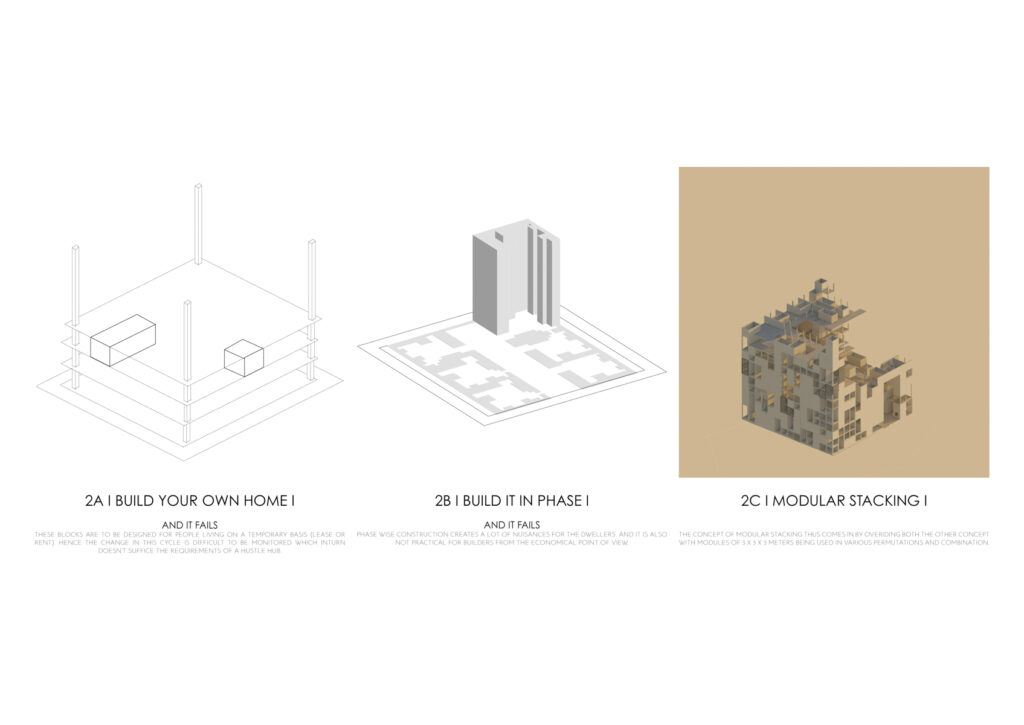 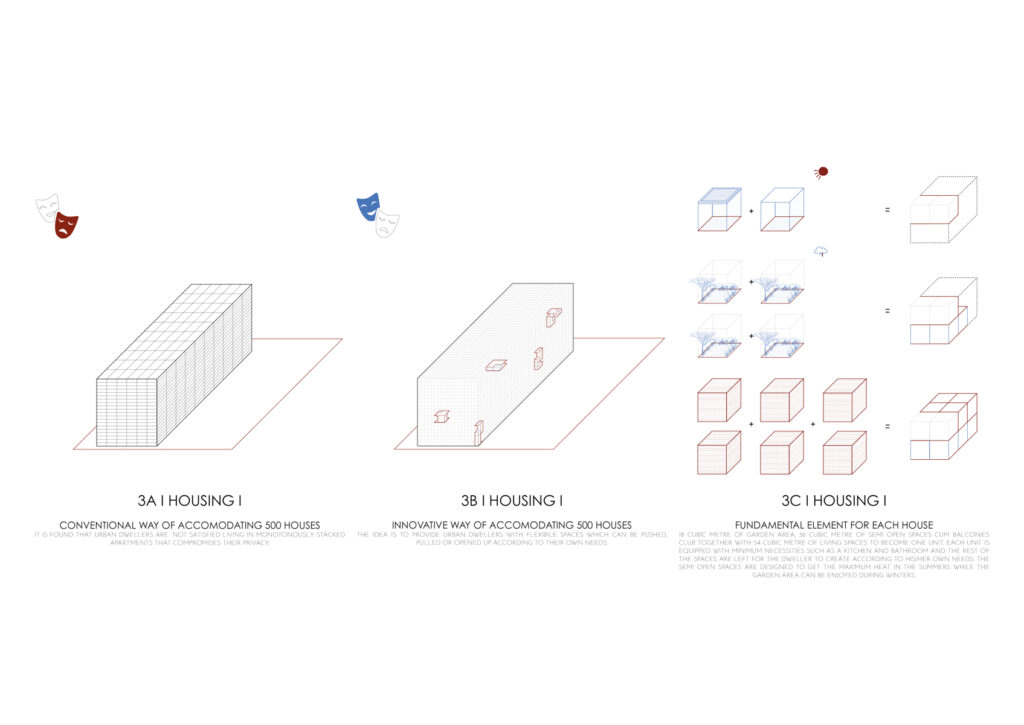 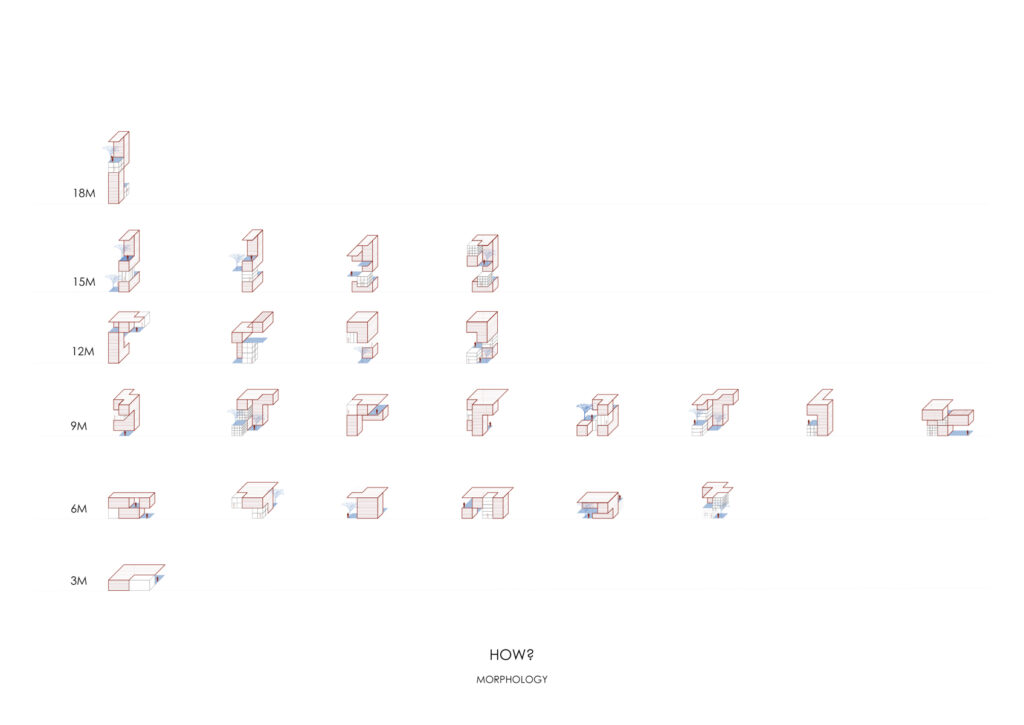 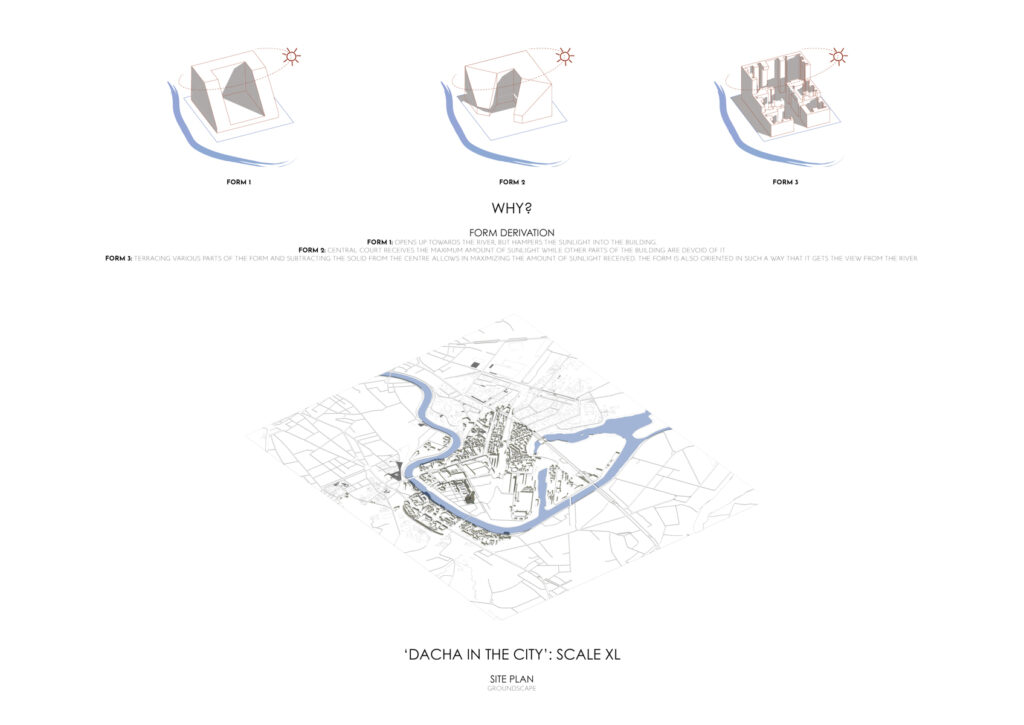 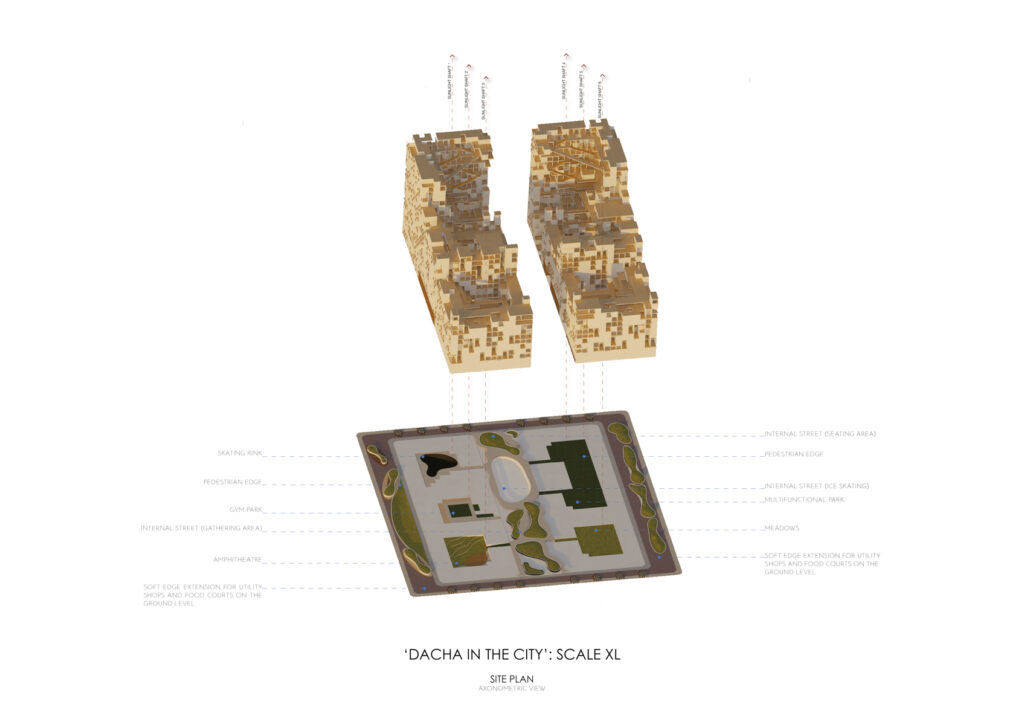 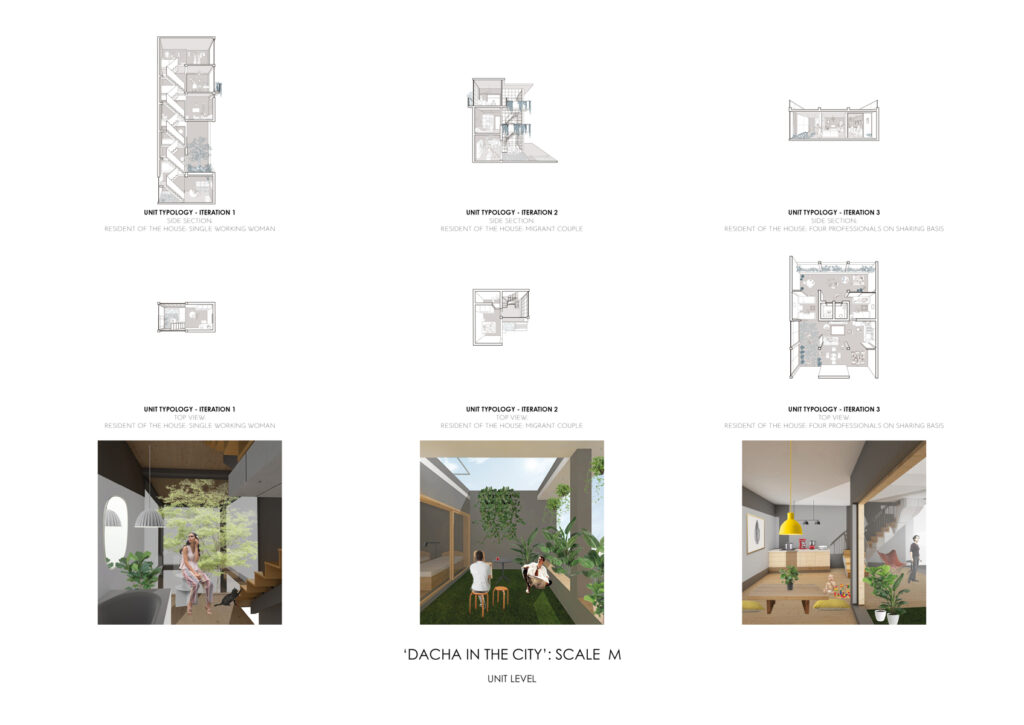 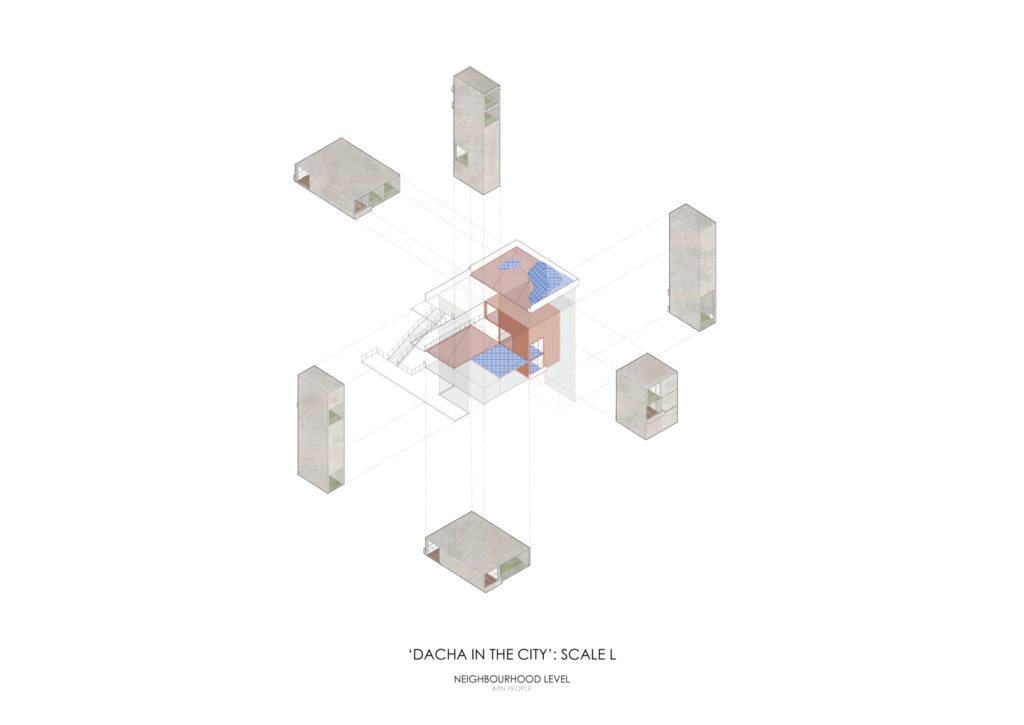 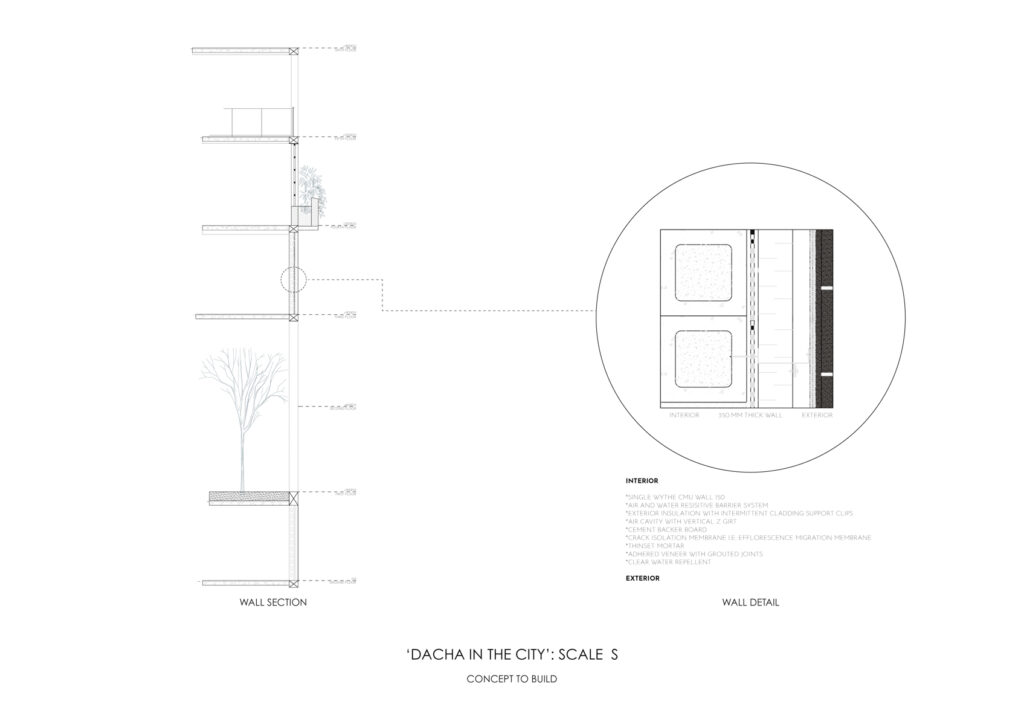 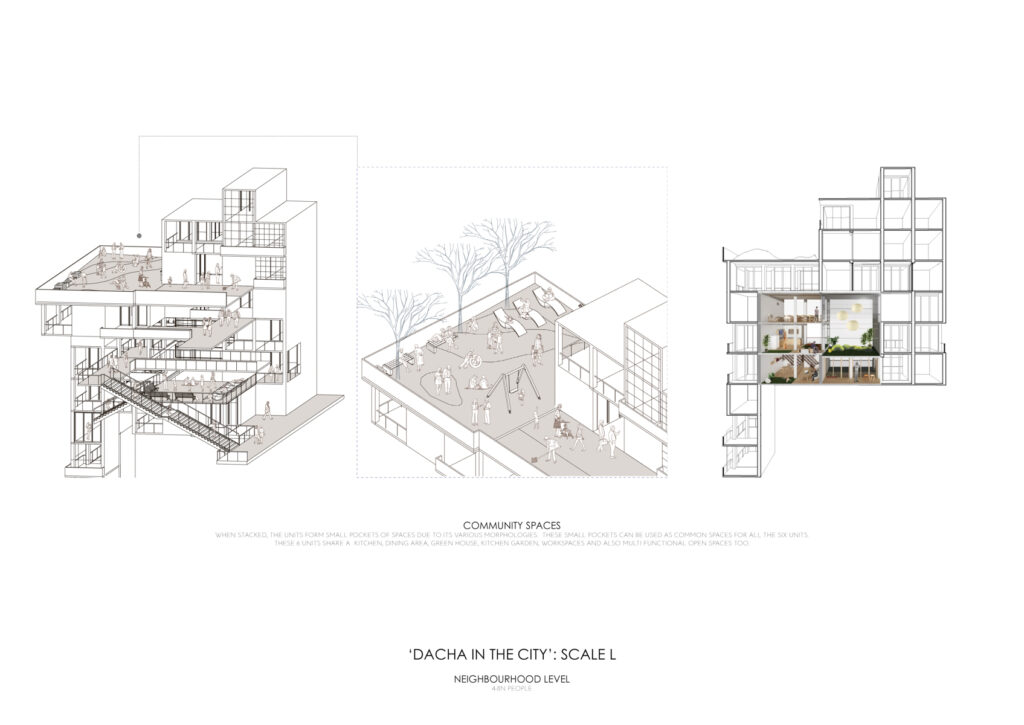