RI School is a large school campus in a small town in northern Gujarat. It intends to become a hub for students of a large array of towns nearby. The campus has hostels for the students to stay on campus, a large sports arena with facilities for cricket, tennis, basketball, swimming among others, and the main school and administrative blocks.

This part is focused on the school blocks. These are essentially three buildings sitting over a large podium. The largest block (Block P) is the main school, with kindergarten, primary and secondary classes. The middle one (Block A) contains the administrative facilities along with a library and AV room. While the smallest one (Block H) contains classes for higher secondary students along with science labs. The podium over which all these blocks sit, contains a large auditorium for school level gatherings, along with a few other services and a teacher’s lounge. Whereas the podium itself creates a large plaza that acts as a spillover place for all the students when there’s a break or after school hours. 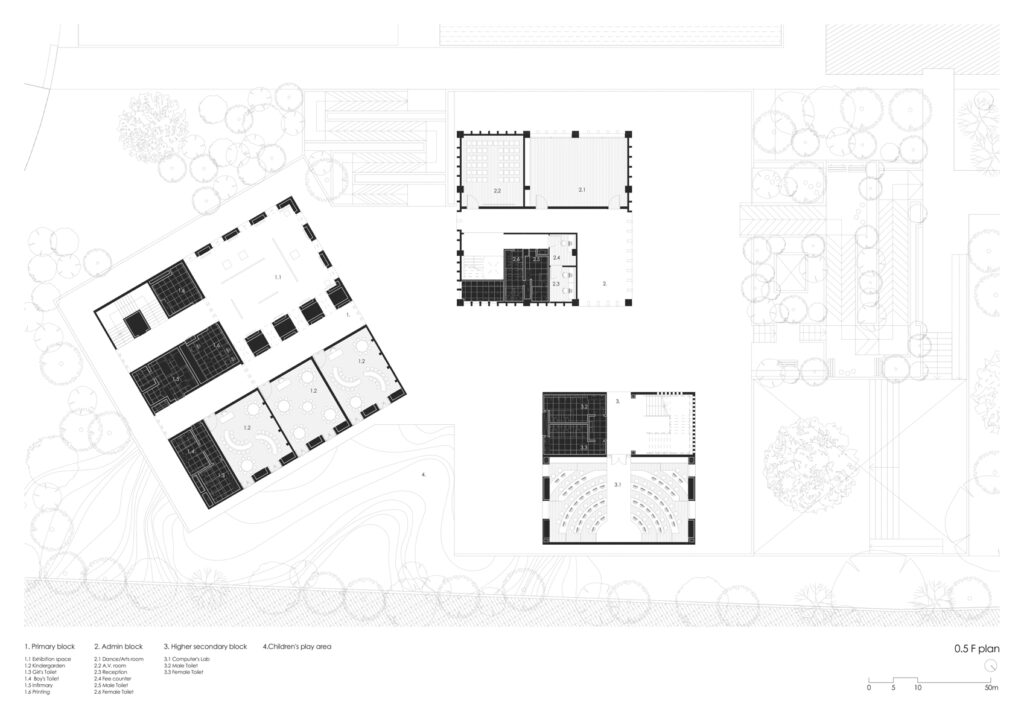 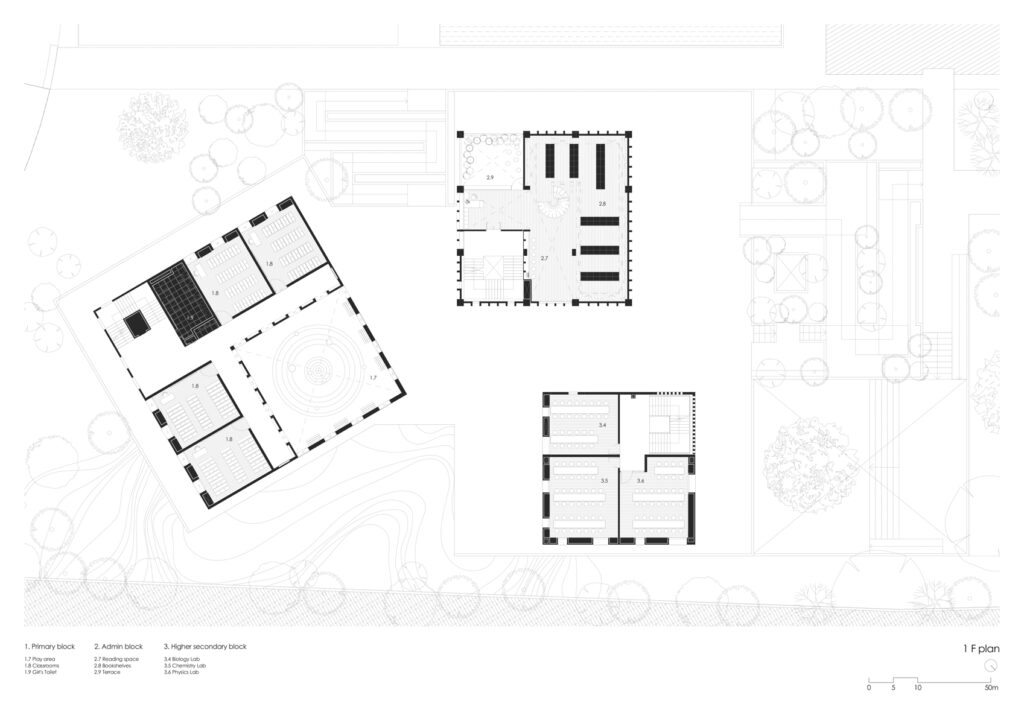 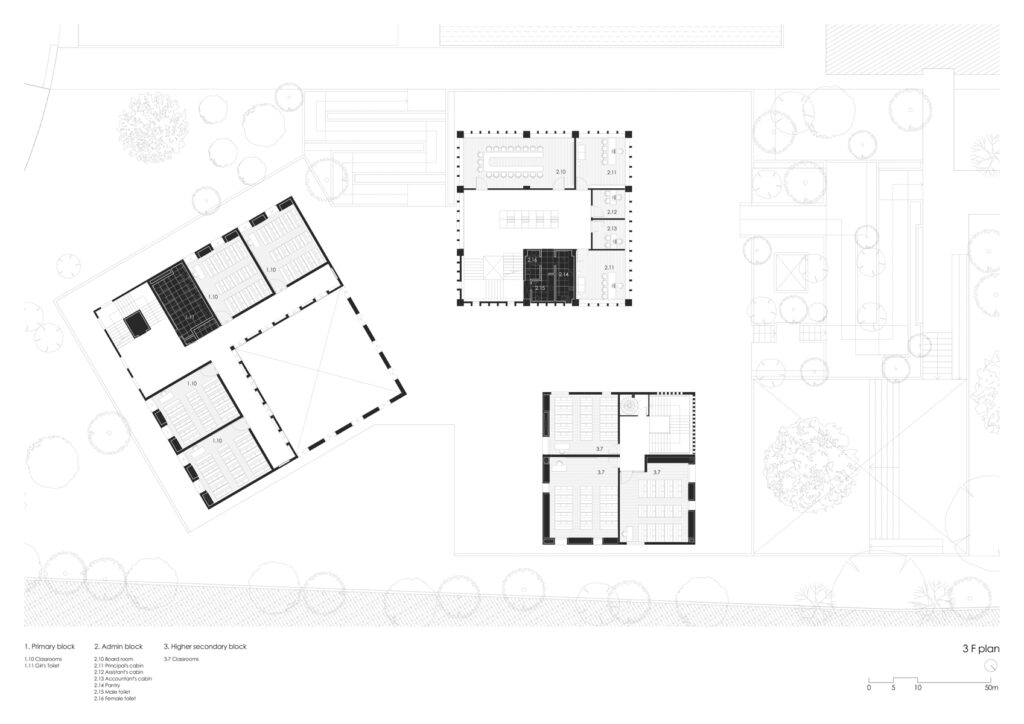 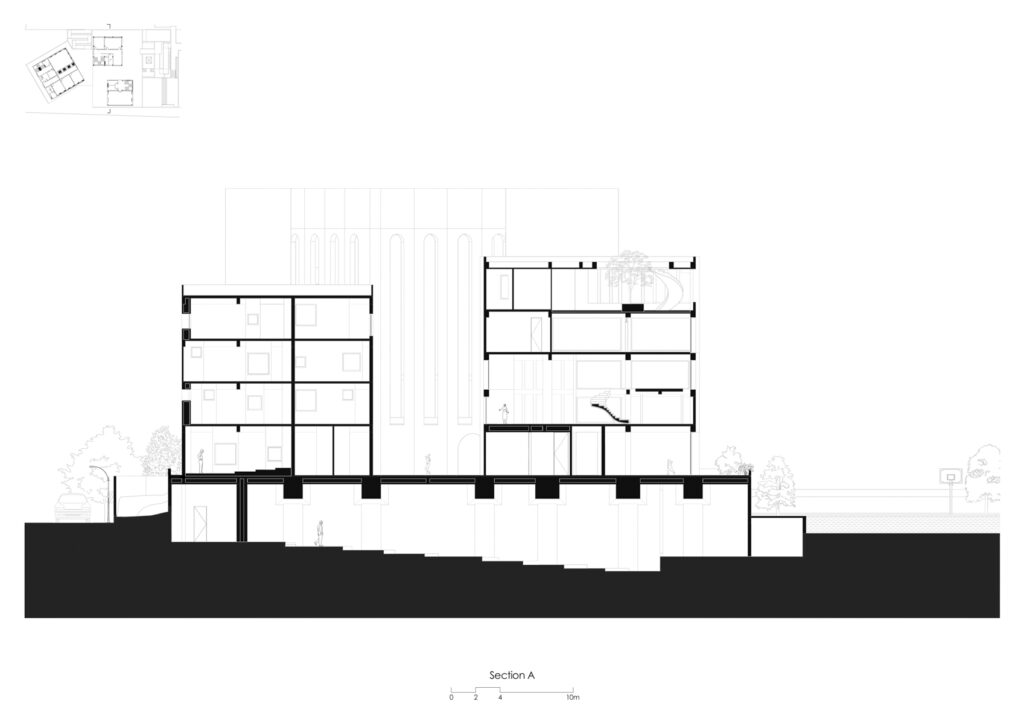 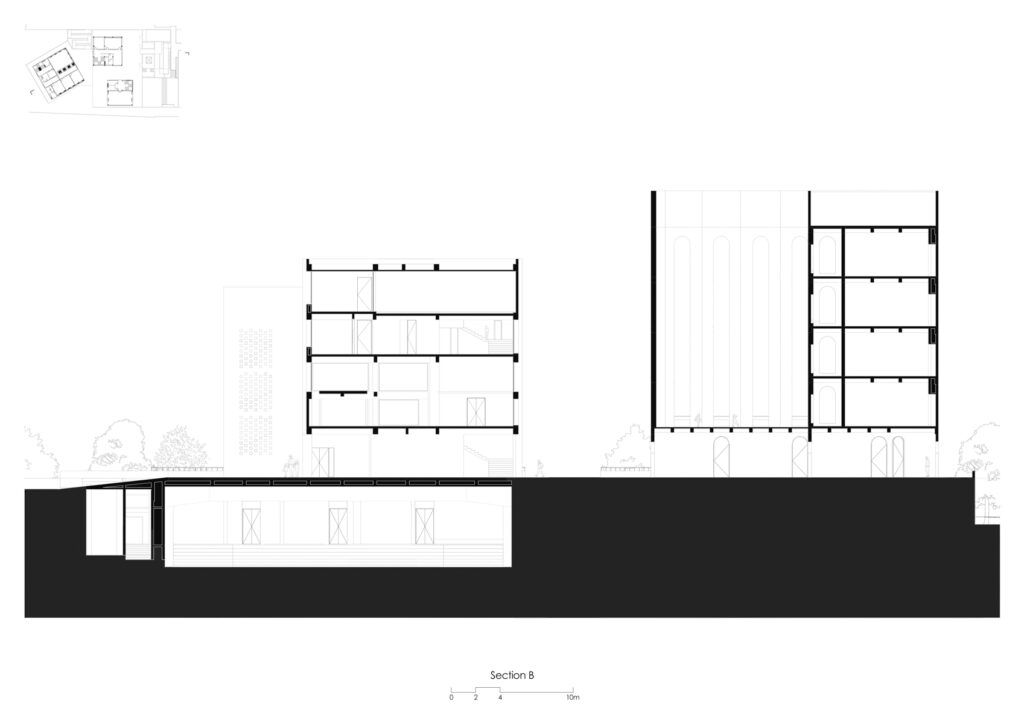 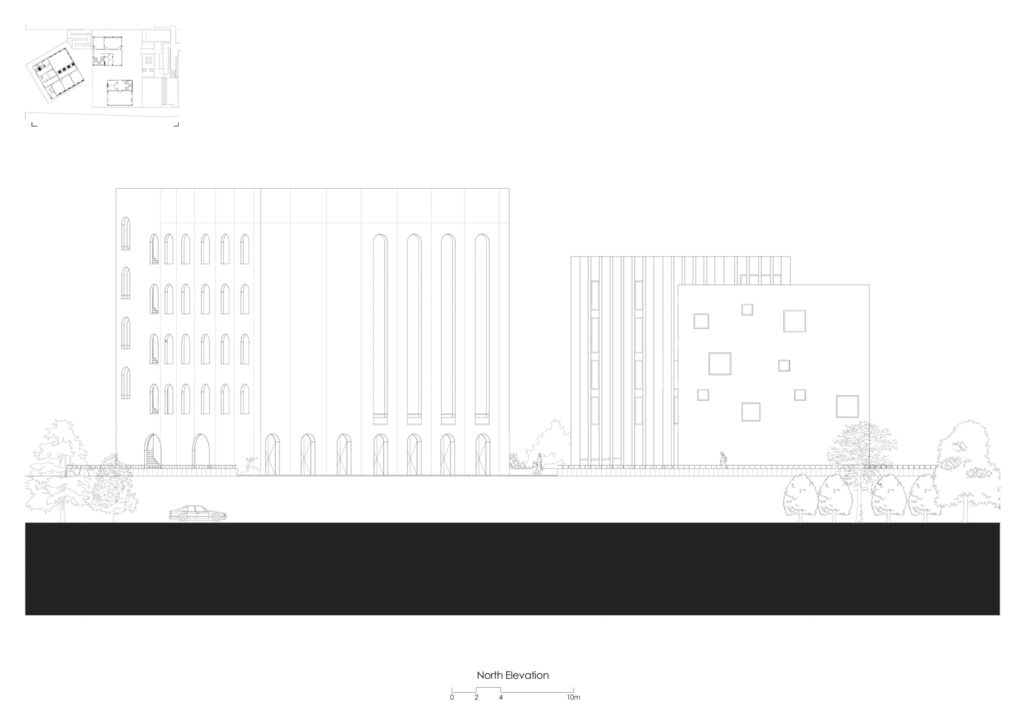 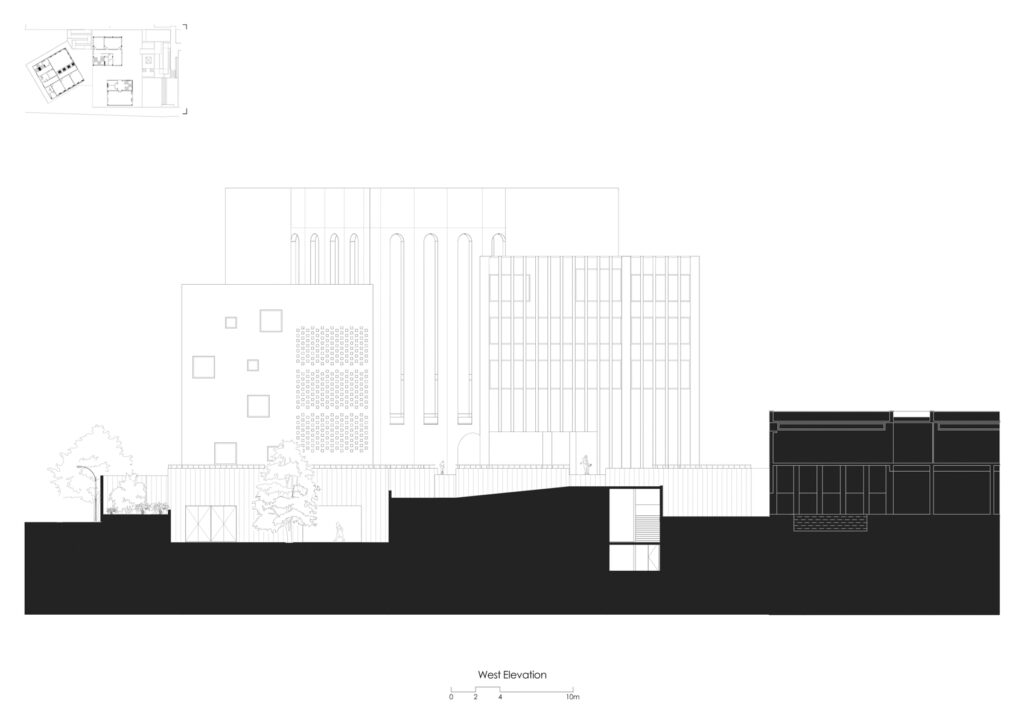 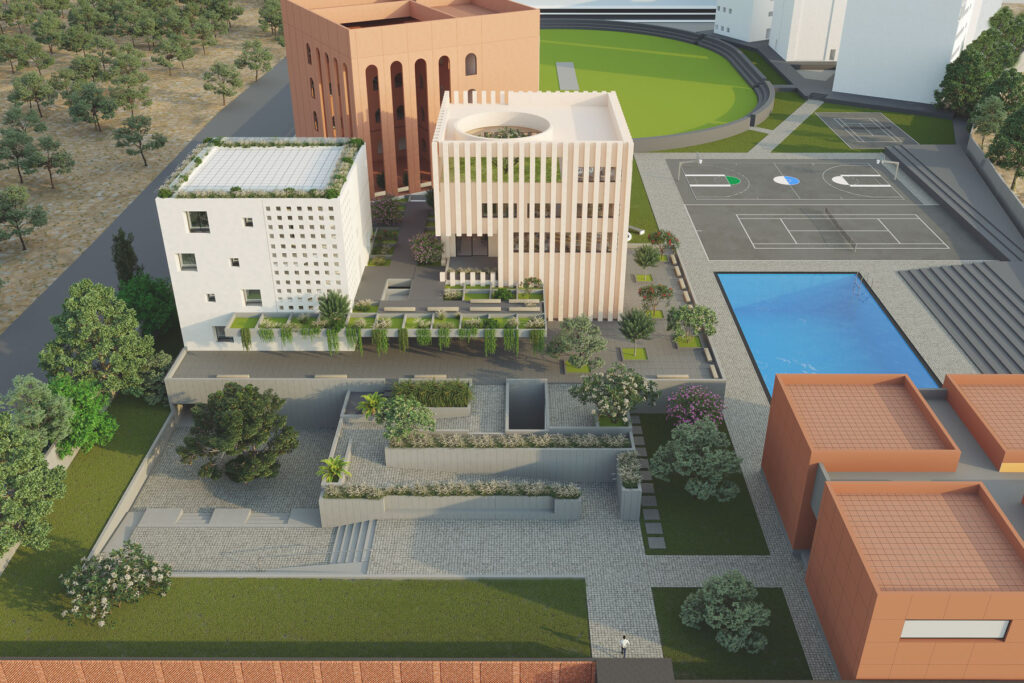 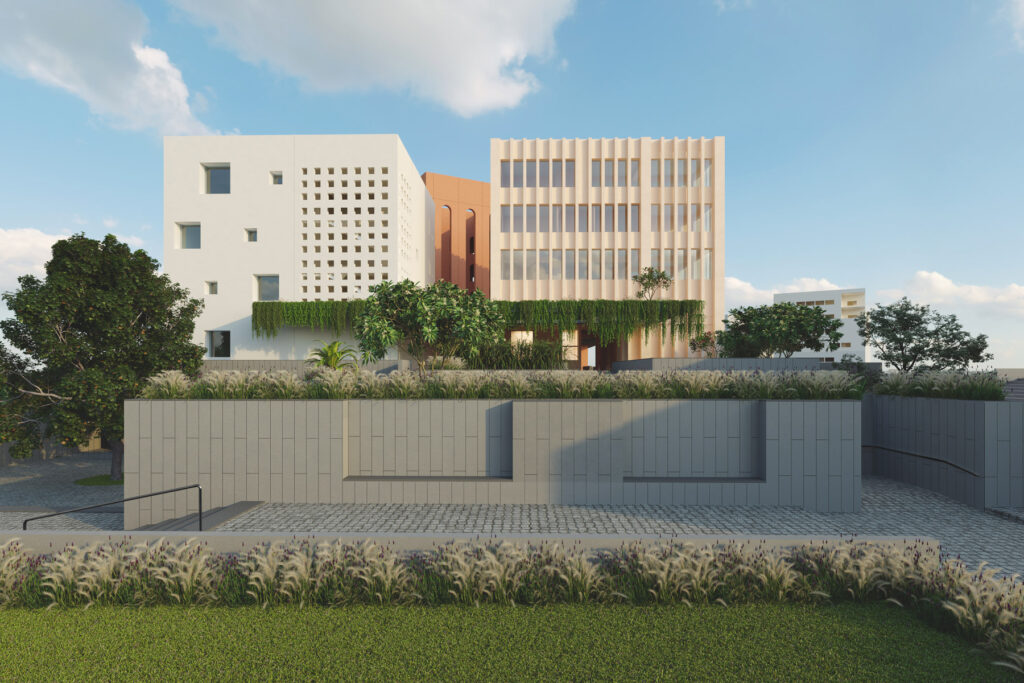 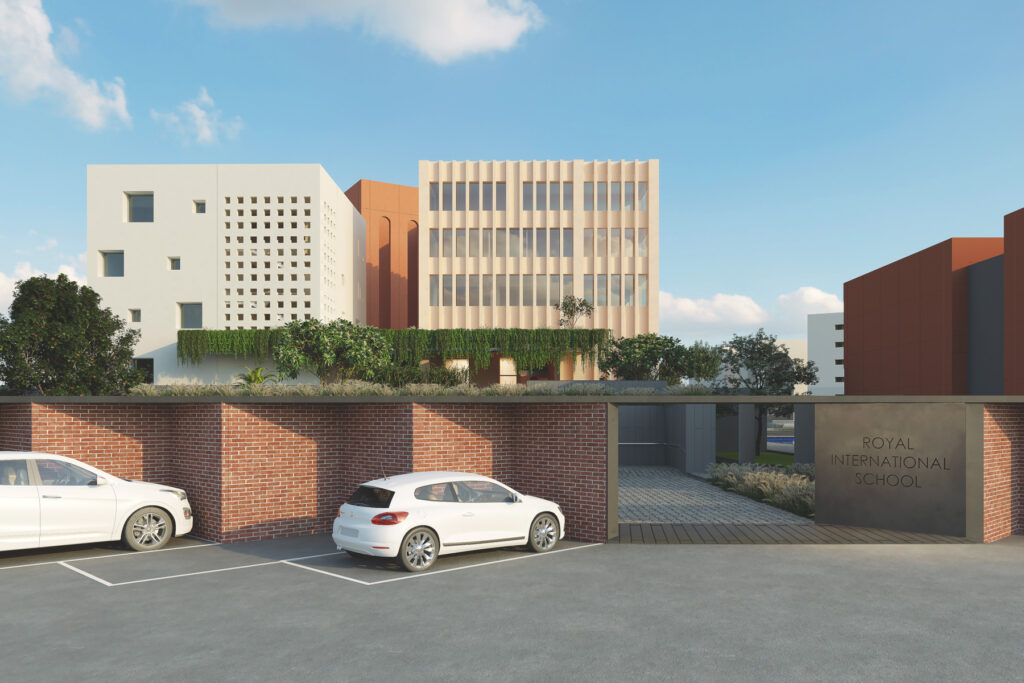 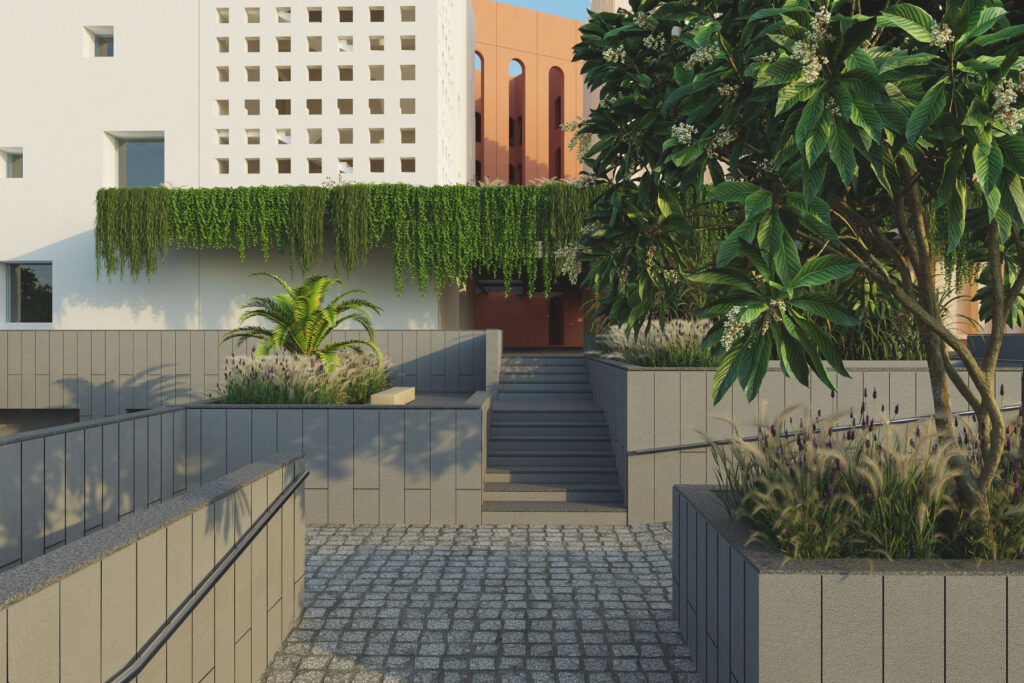 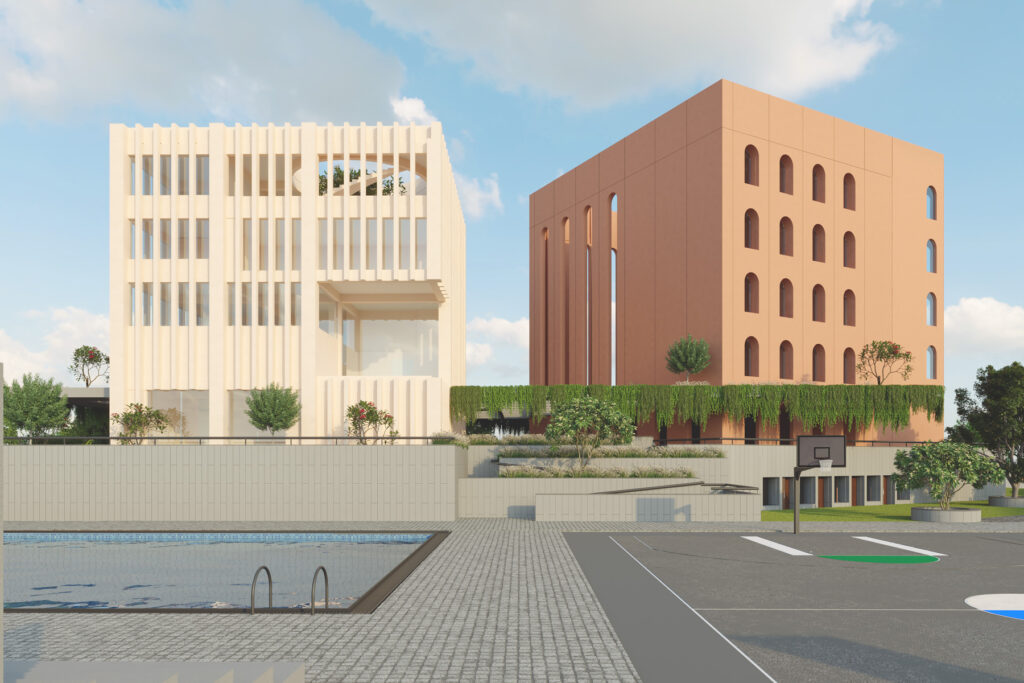 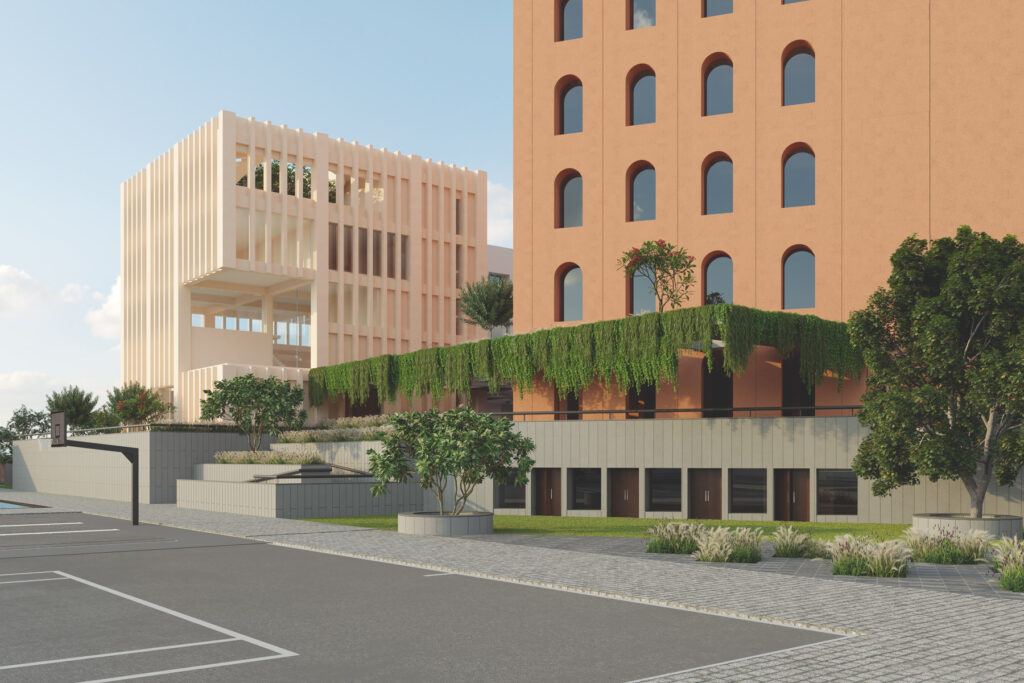 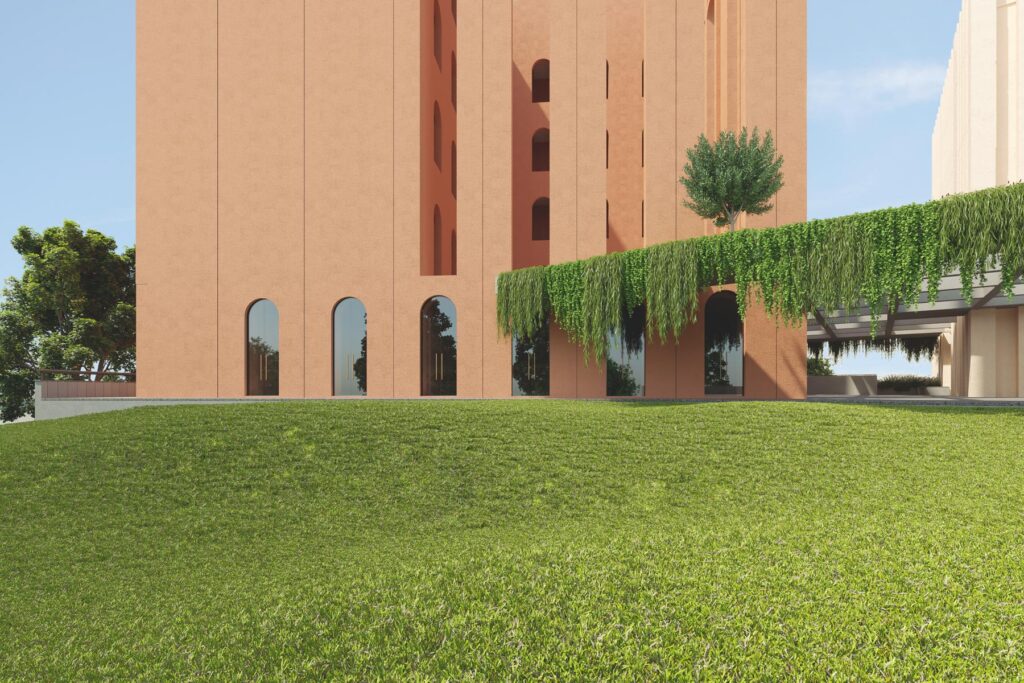 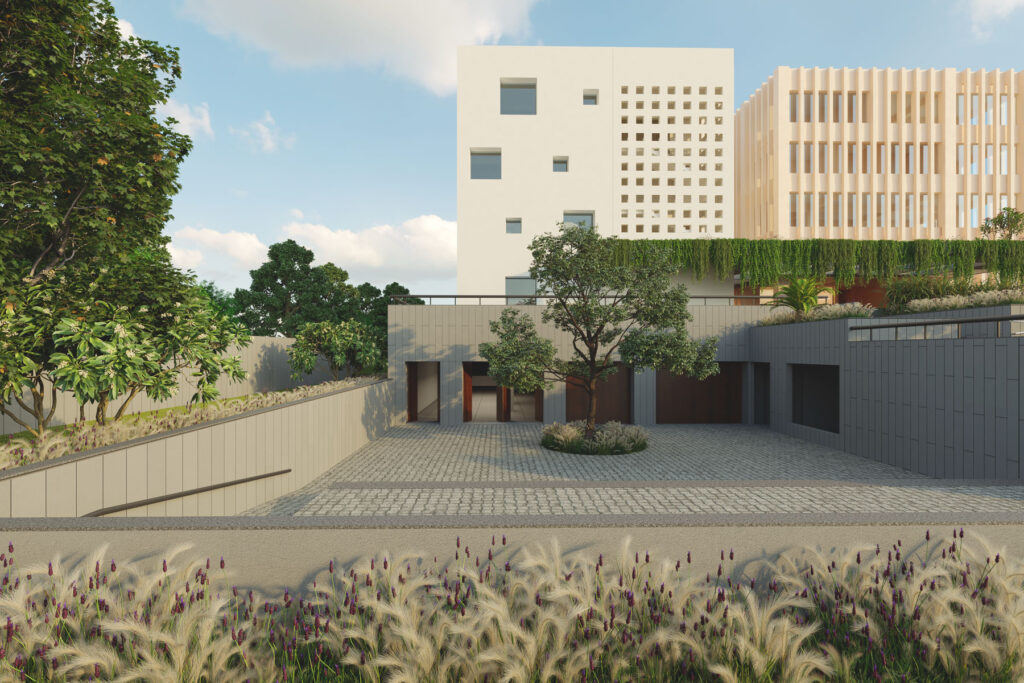