HL Office is the primary workspace of a well established law practice based in Ahmedabad. The office is designed by merging 5 commercial spaces within a high rise building in an upscale neighbourhood of the city.

For an office where client confidentiality is of utmost importance, the need for privacy between spaces was a requirement that stood out the most in the project brief, resulting in the derived space planning. The interaction between any client and advocate takes place in one of the 5 meeting spaces, which have different configurations and capacities. On arrival at the reception, the visitor finds oneself in a strongly monochromatic space, which directs them into a passage leading into the rest of the office.

The passage is designed to be an experience of reorientation, as one enters into a warm space from a monochromatic one. The walk over to the designated meeting room door enables one to break their original chain of thought and be oriented into a rather exaggerated linear space, ending with a bespoke piece of art.

The doors throughout the office are detailed with a vertical opening, infilled with fluted glass, allowing controlled connection, as well as dynamism into the space due to movement on the other side of the door. Inspired by the five elements of nature, a set of graphics are custom designed for the signage representing each space, and are incorporated within the partitions and doors.

The material palette comprising of granite, wood and glass, with metal details, is limited to neutral tones, with the addition of the Indian Kesariyaji marble spread throughout the office in bursts of green. The green marble which is used in memory of the practice’s former workspace- a space which was predominantly green in colour, creates a sense of nostalgia within the firm’s new office. 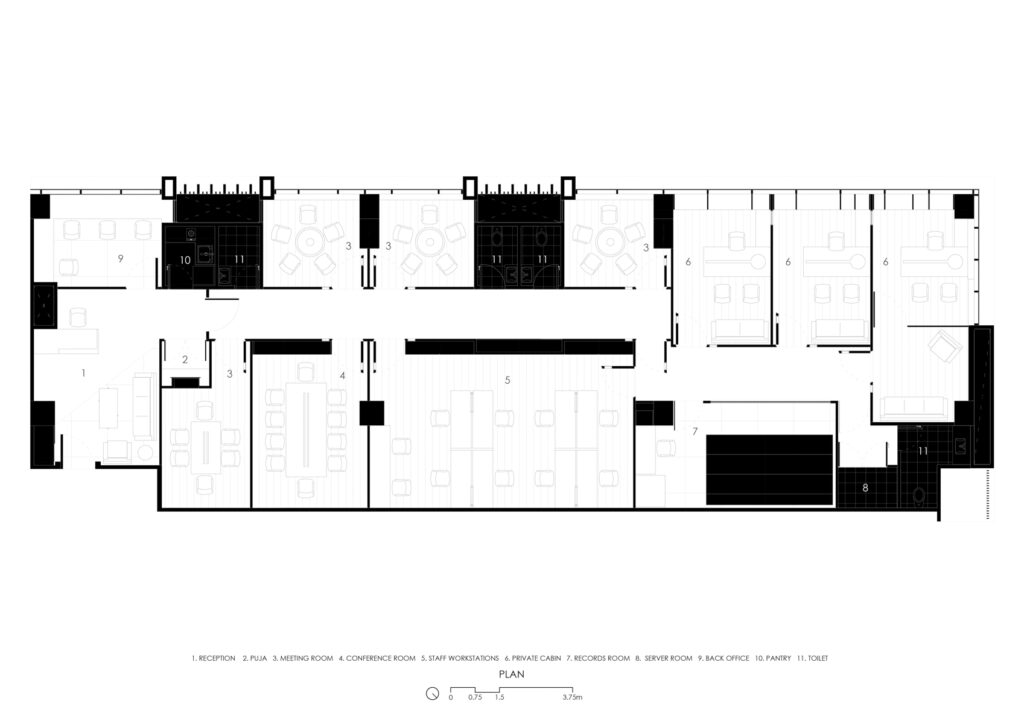 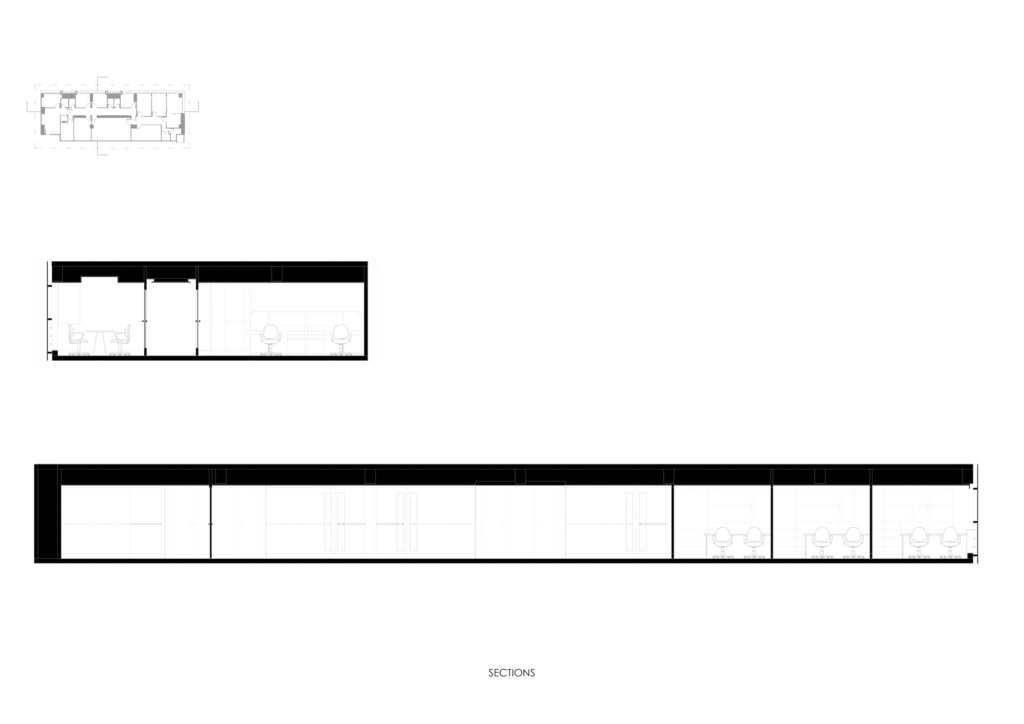 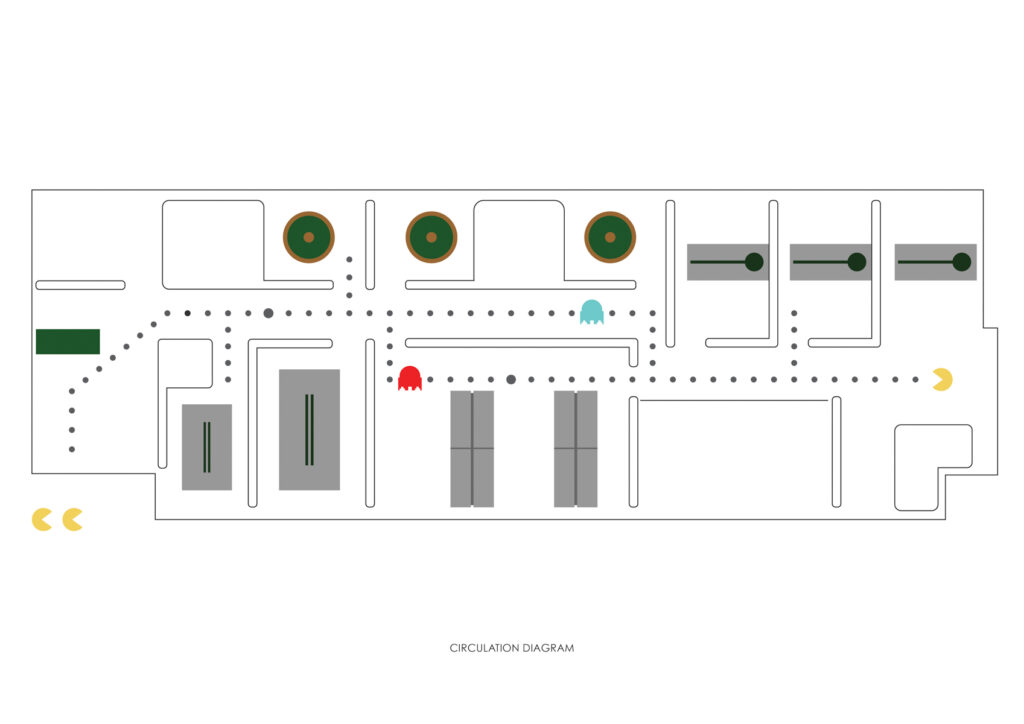 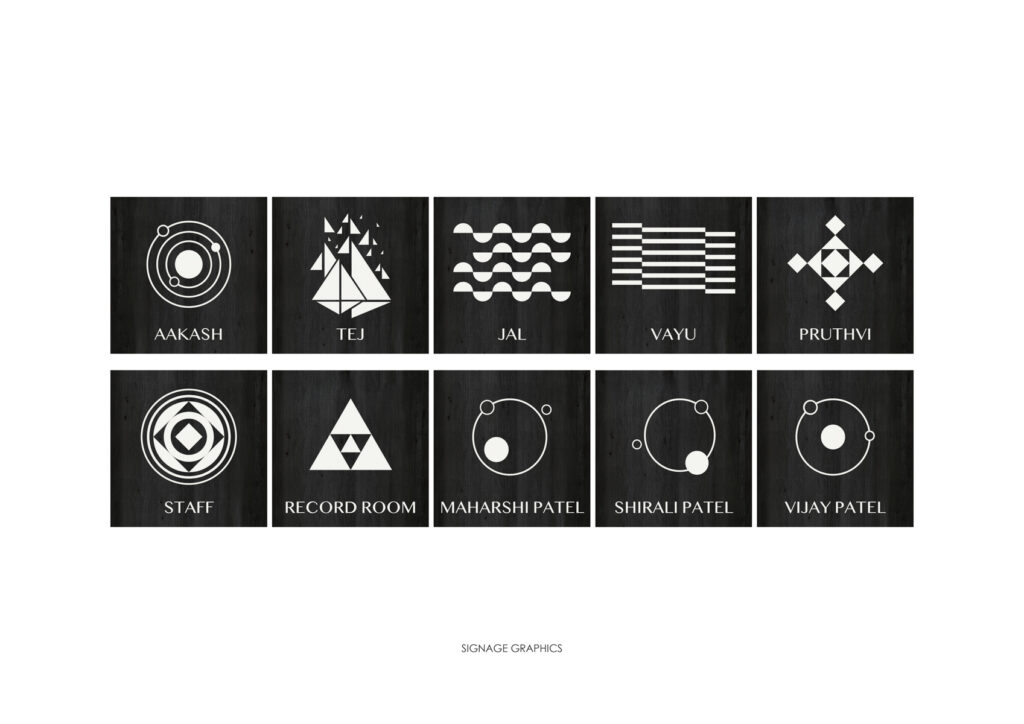 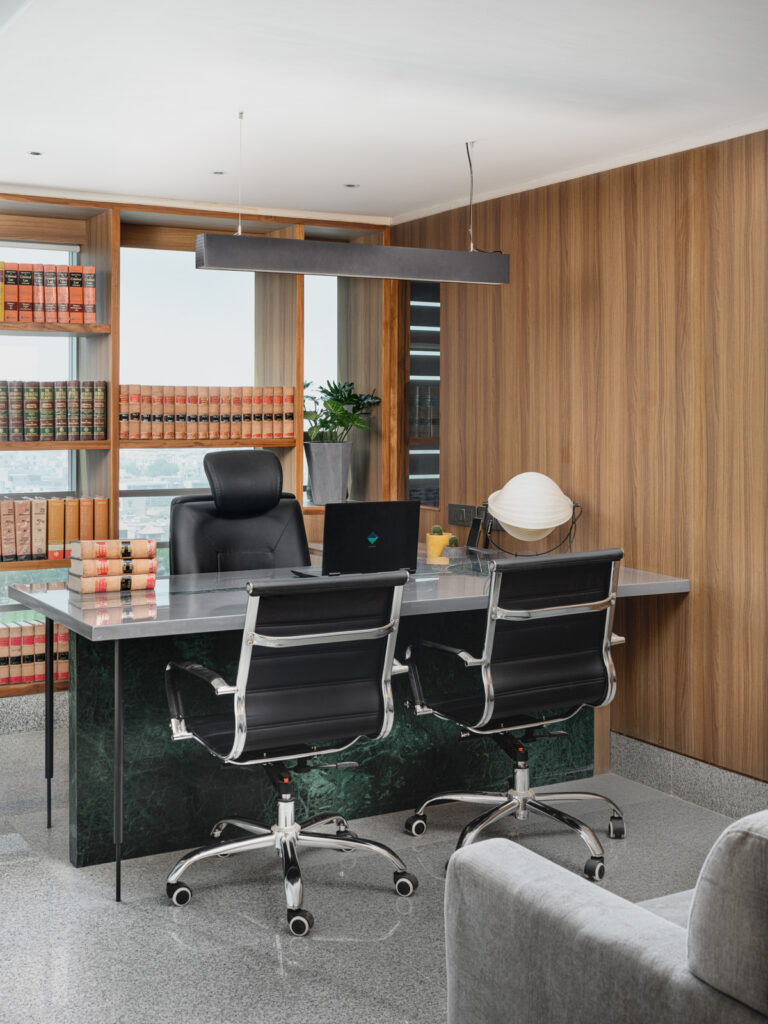 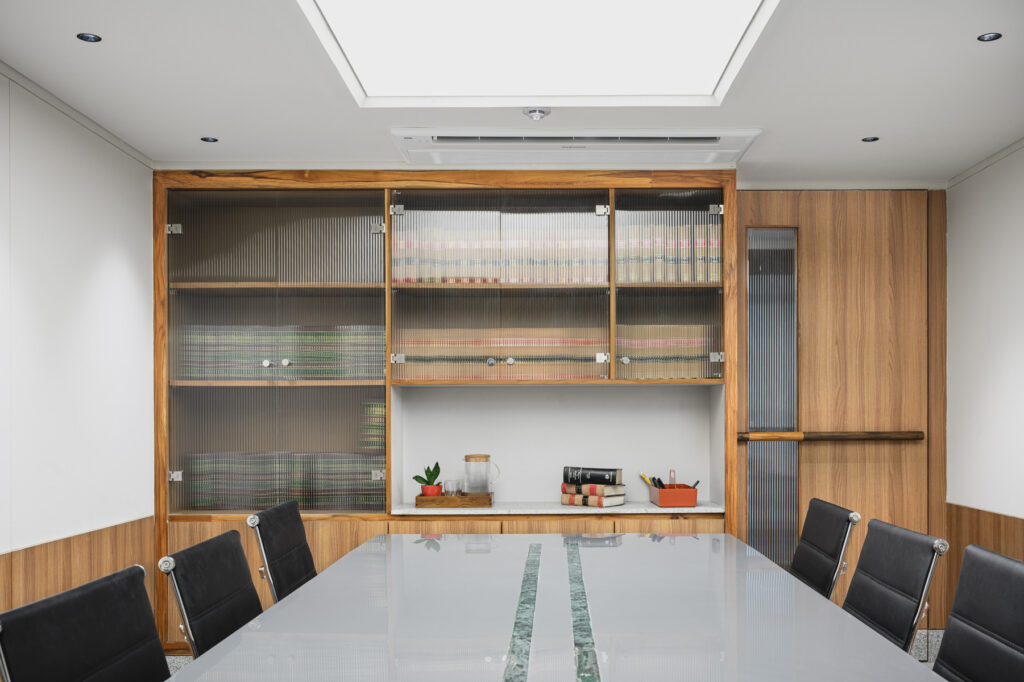 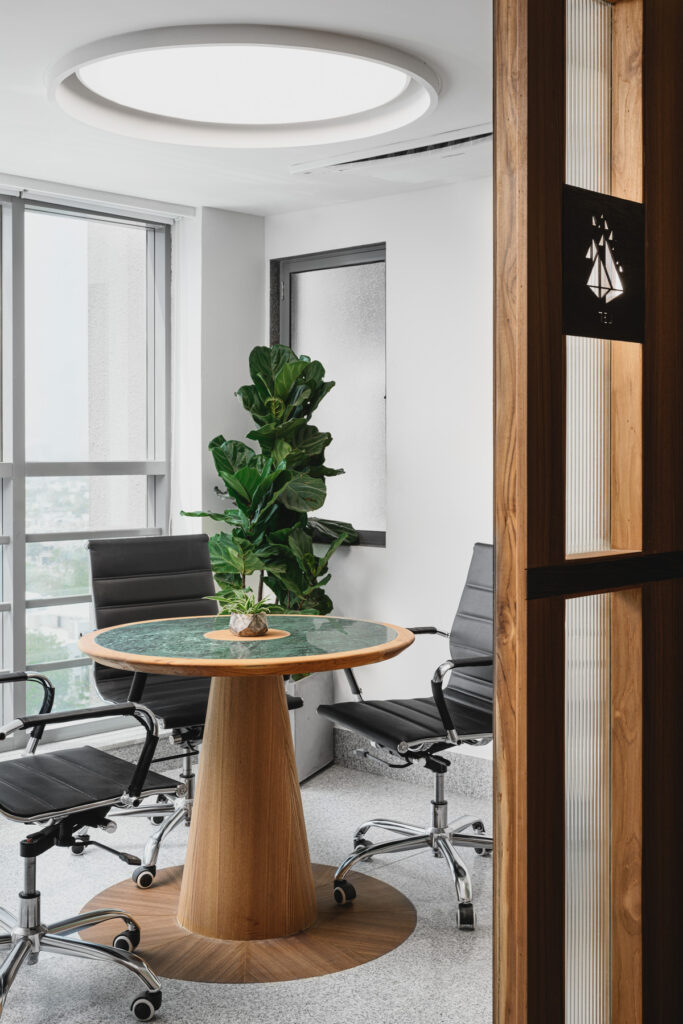 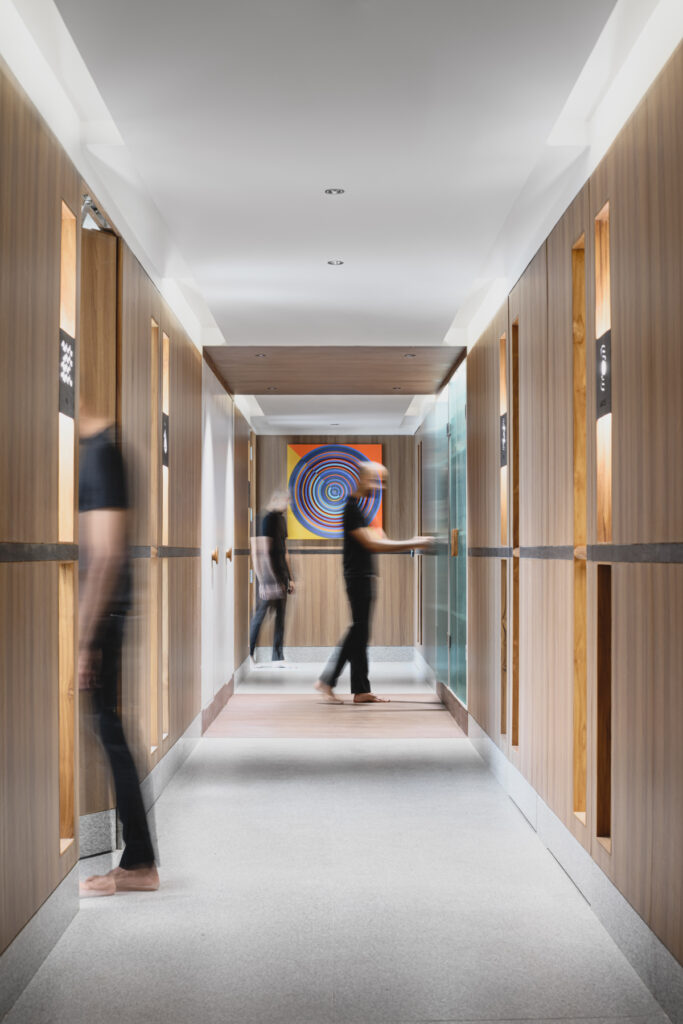 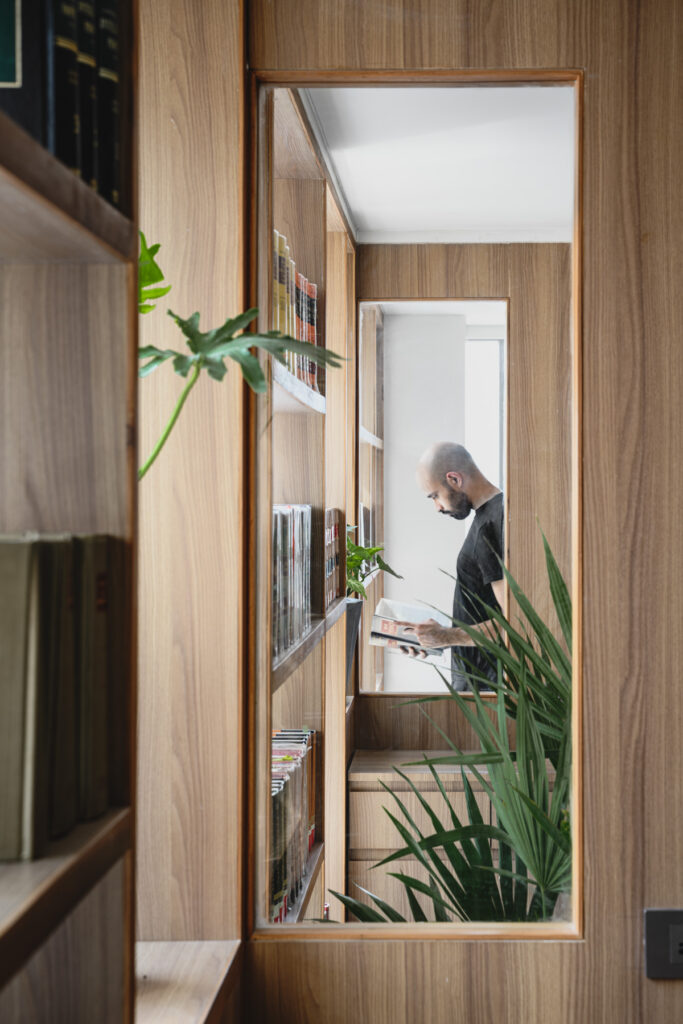 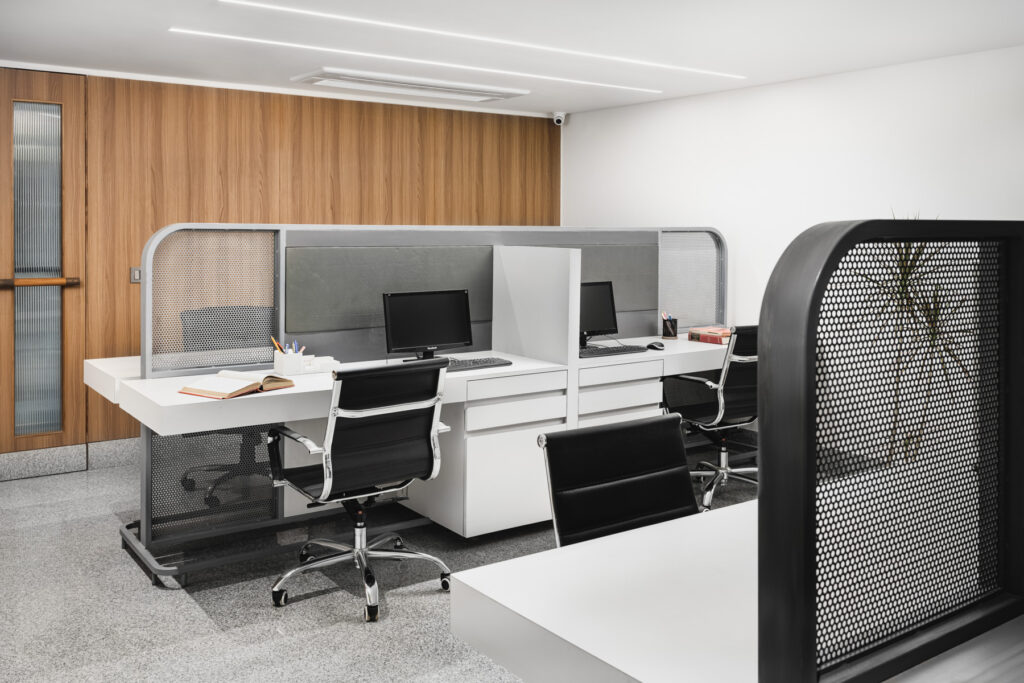 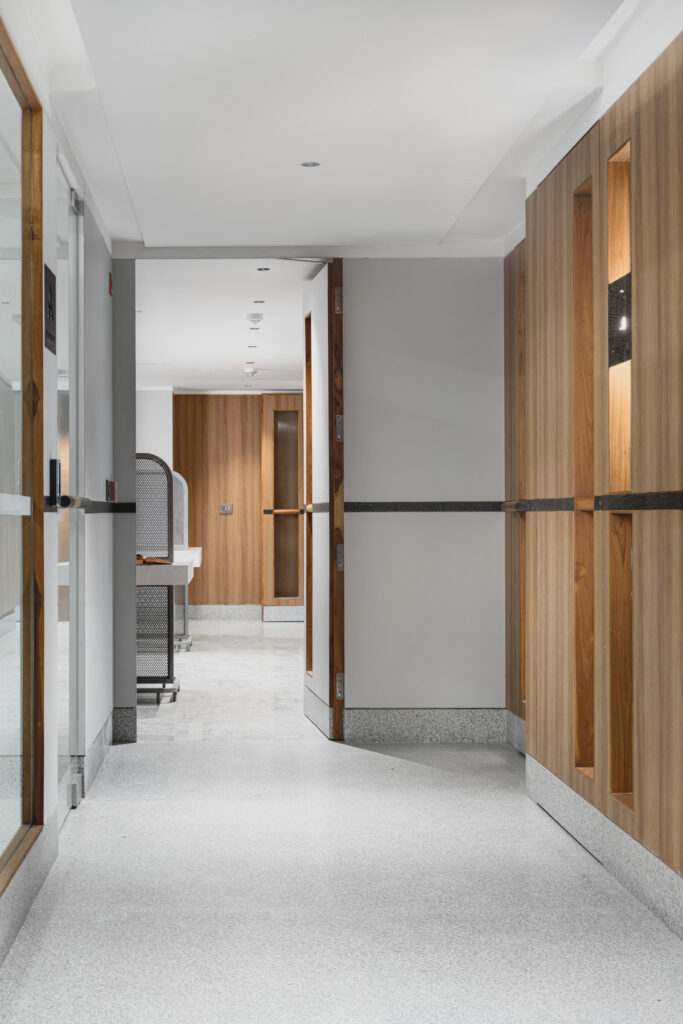 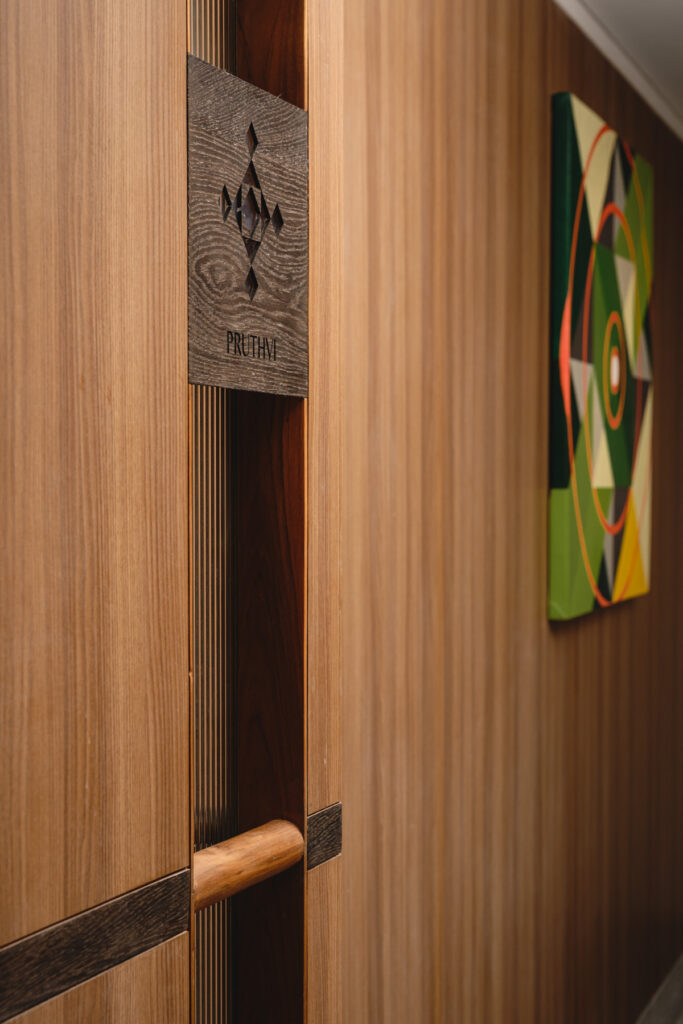 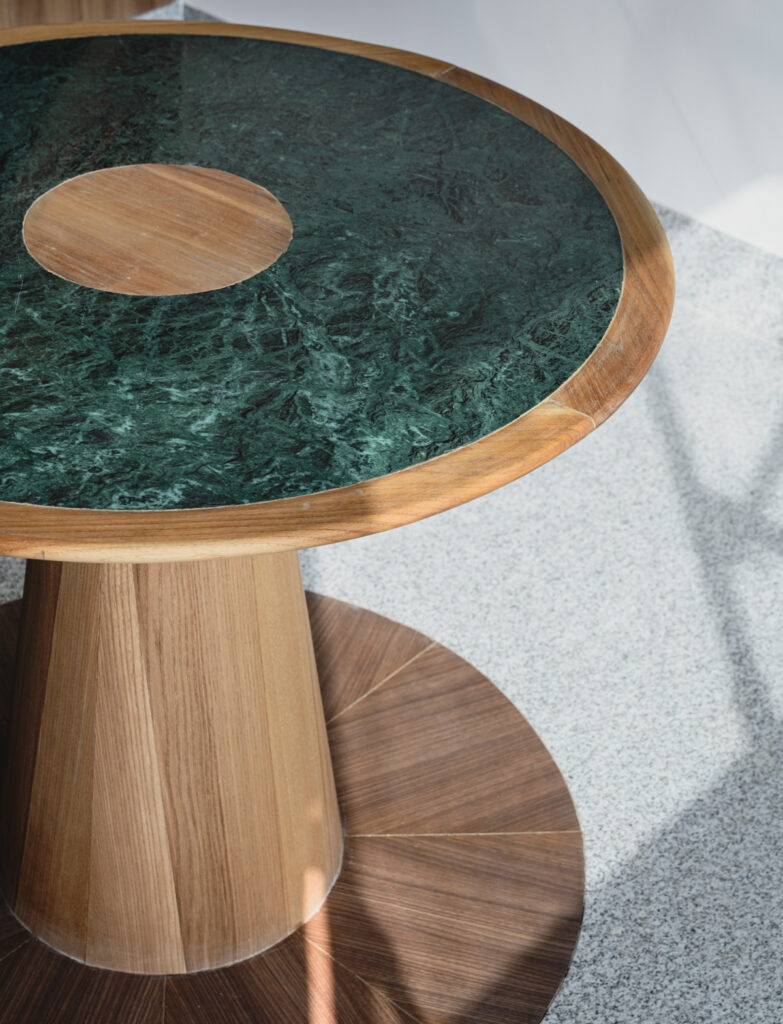 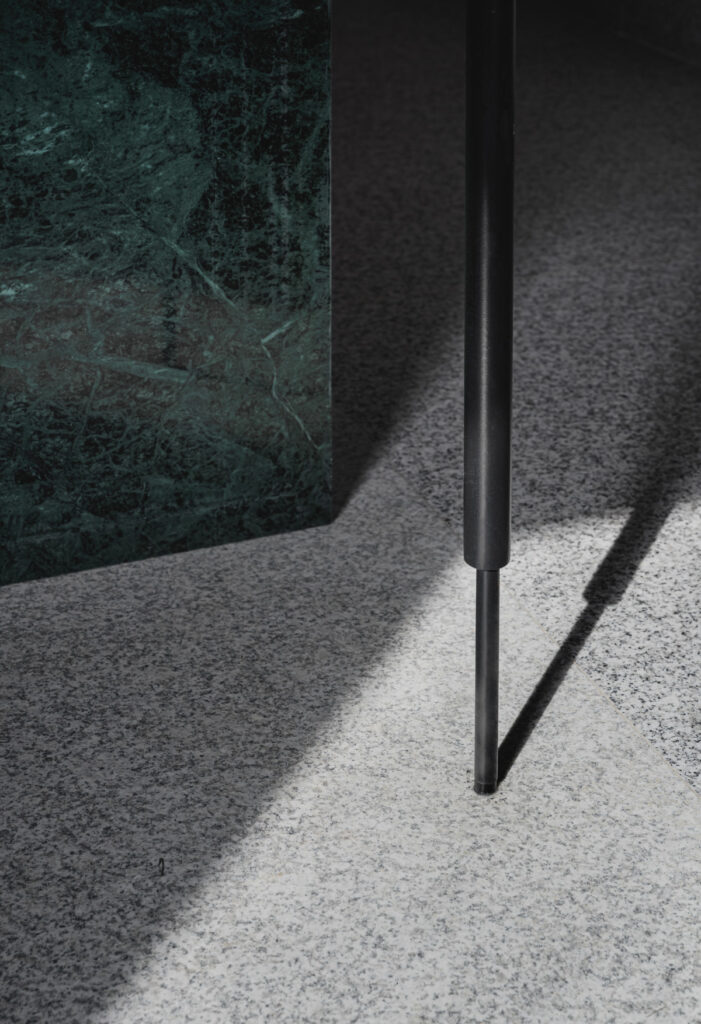 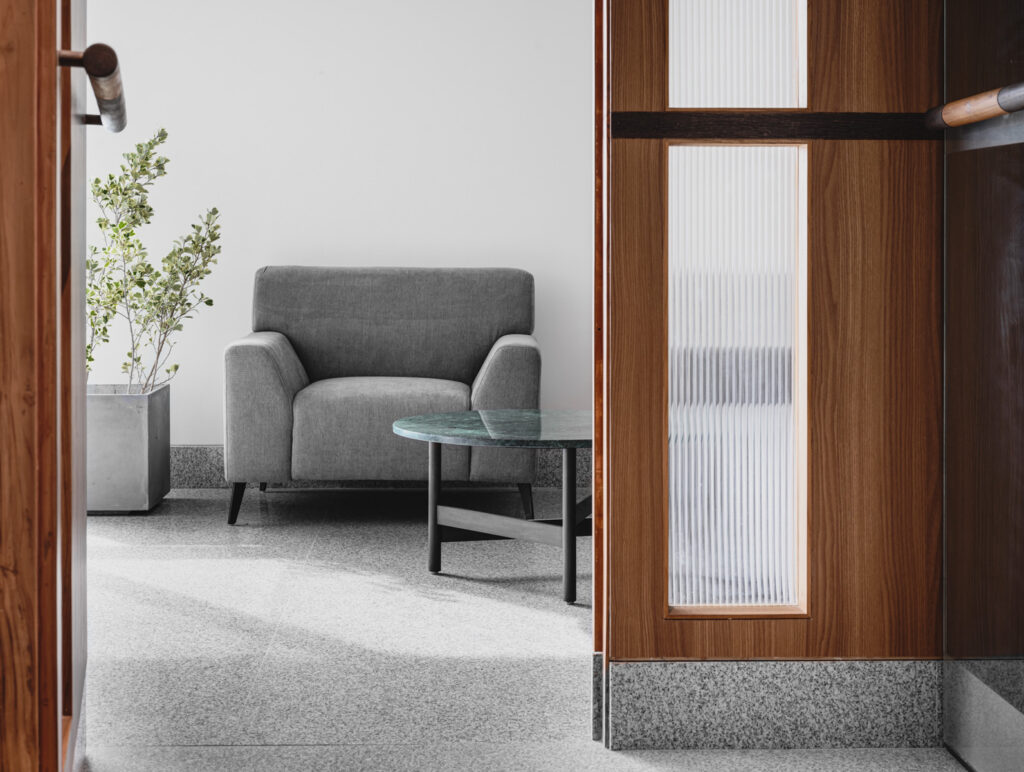 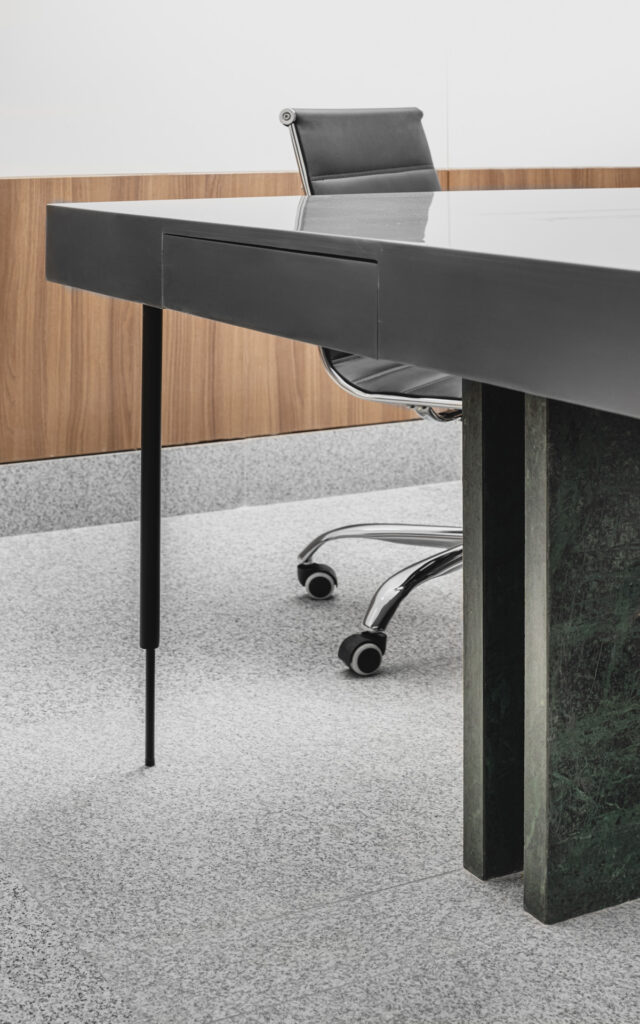 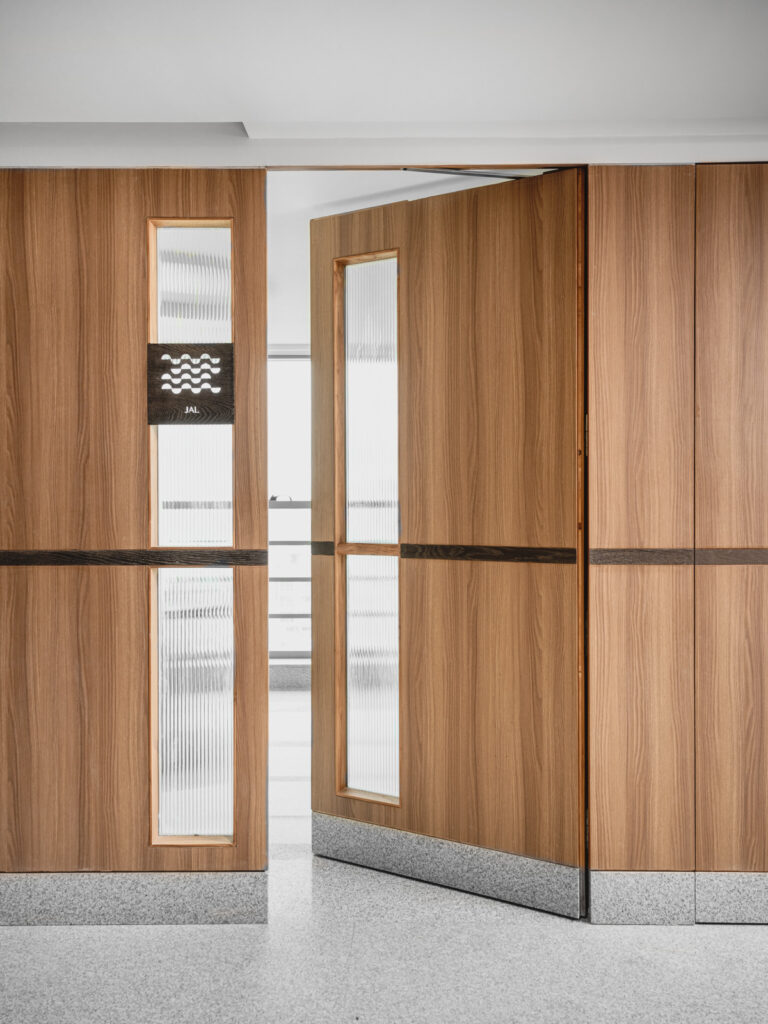 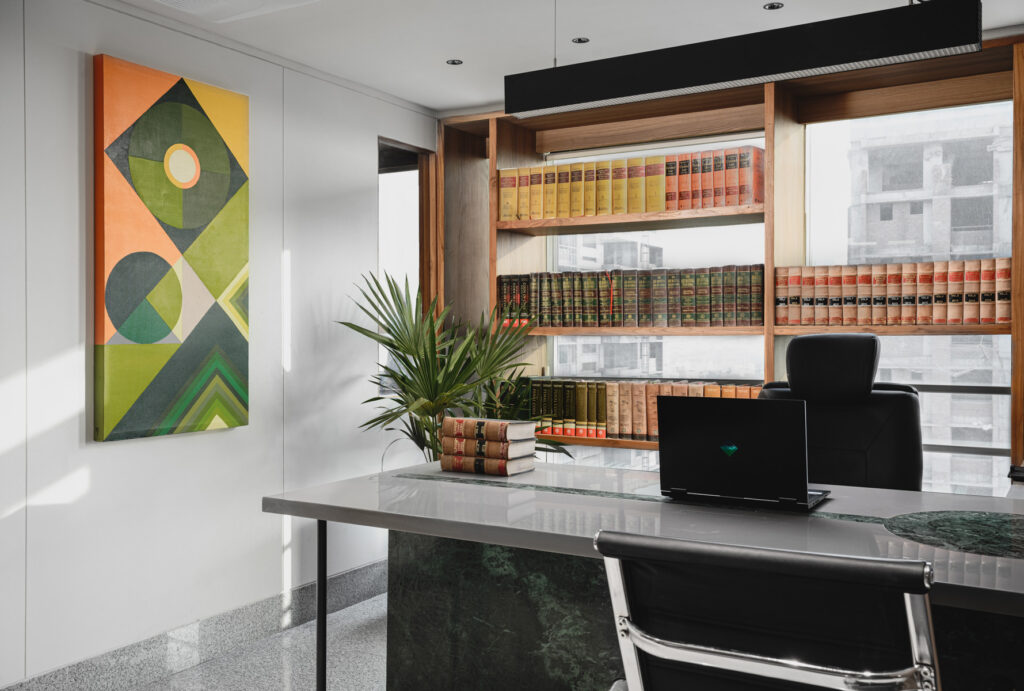 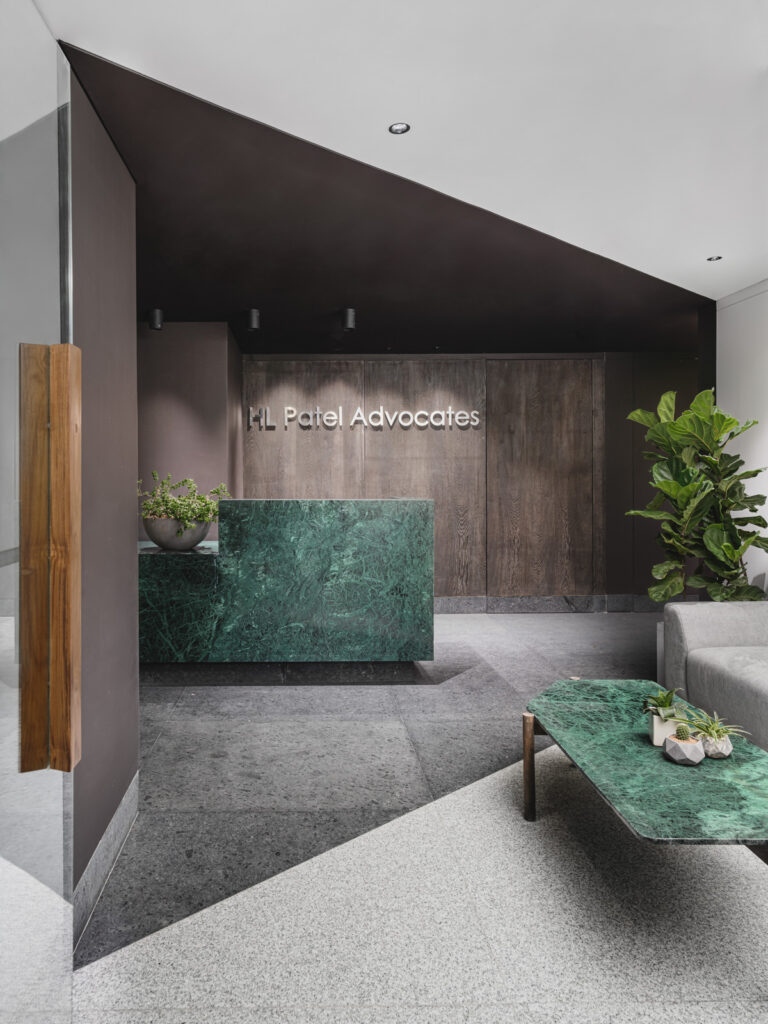 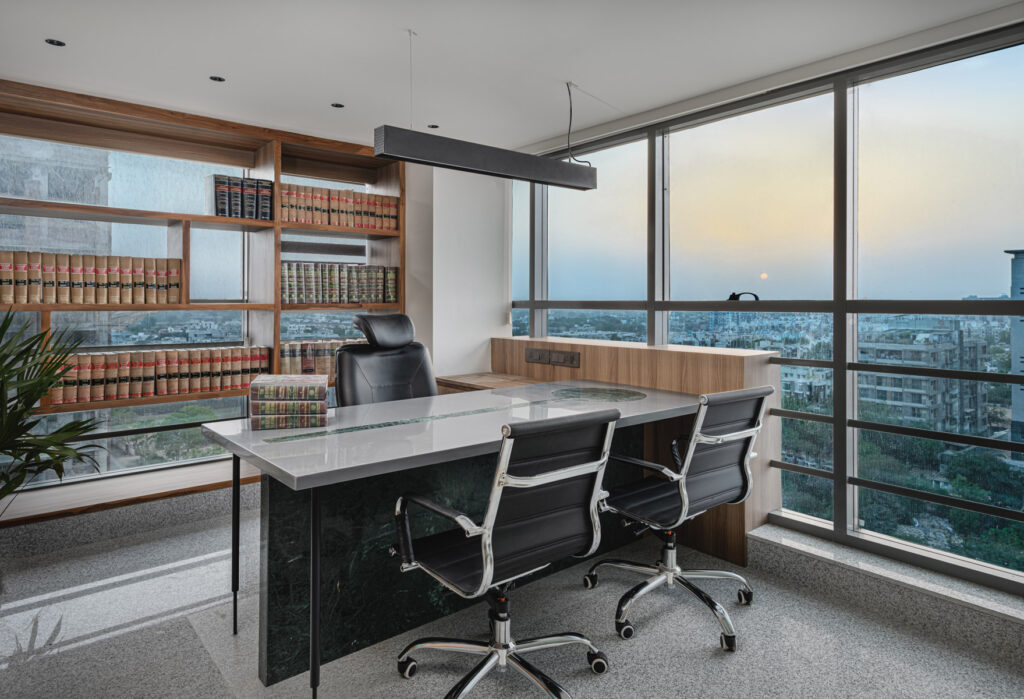