PBR house is a family home designed in the outskirts of Vapi, Gujarat. The site is located in a small village and is surrounded by farms and orchards which belong to the client.

The site plan has two major parts, the house itself and a large garden in the west to cater to their need of hosting large public social events. The house is surrounded by other landscaped areas, which would get used more often, like a sit-out and a kitchen garden to the wets and a large deck and pool space to the north.

The house is a large one with 7 bedrooms. The idea of public and private continues inside in the design of the house, where to the south of the entry is the private bedroom wing while to the north is public wing which has various family seating areas, an entry to the pool as well as dining areas. The private part has a central large court with a staircase surrounding which are passages that lead to the bedrooms. While the public part has a long light well at the centre which lets up the passages and also provides an opportunity to bring nature inside the house. Dividing both these areas is a double height space in the entry through which a bridge cuts across leading to the public terrace above the living areas.

From the outside, the house is designed with a lot of layers in the mass, so as to not let the whole mass be perceived at once. Here the private wing is more chunky and from there towards the pool it tones down to a more human scale. The materiality outside is such that it enhances the massiveness with its large stone blocks. While from the inside the tone is continued but made much softer with the use of lime plaster. Both of these together with thick walls and large overhangs provide a lot of thermal insulation to the house even though it has quite large openings. At various parts, the mass is cut across using wooden strips to accommodate ducts and vertical circulation. 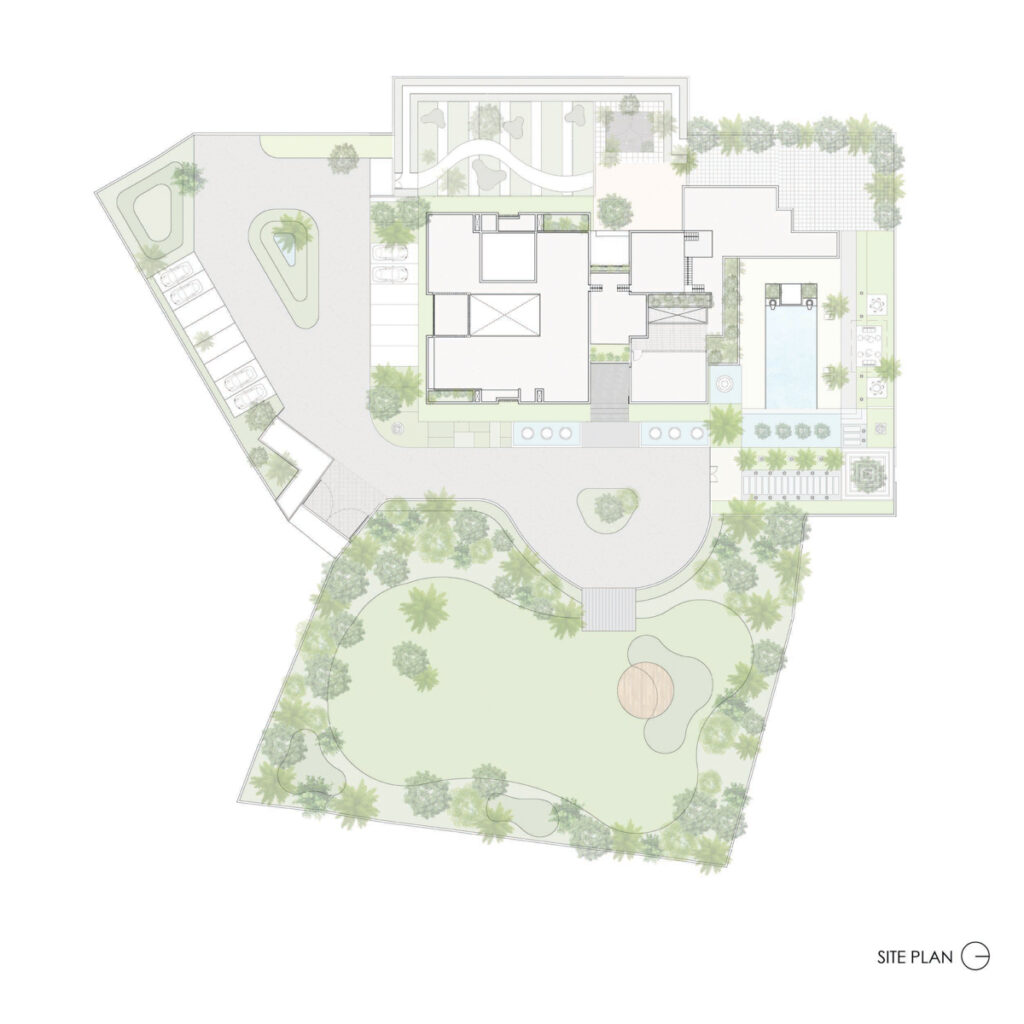 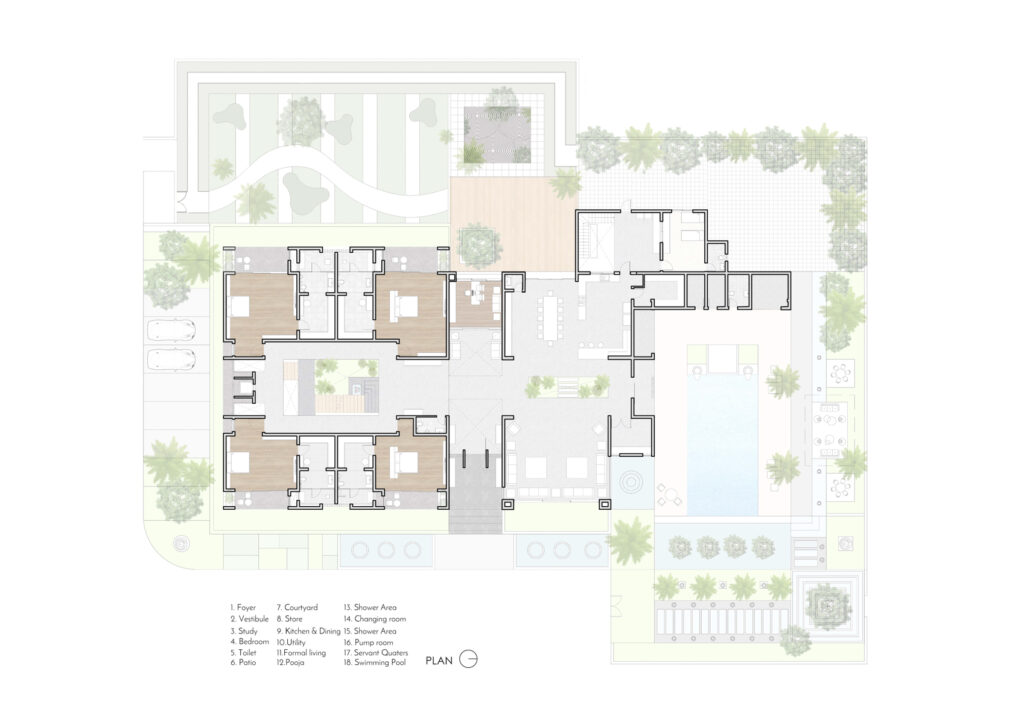 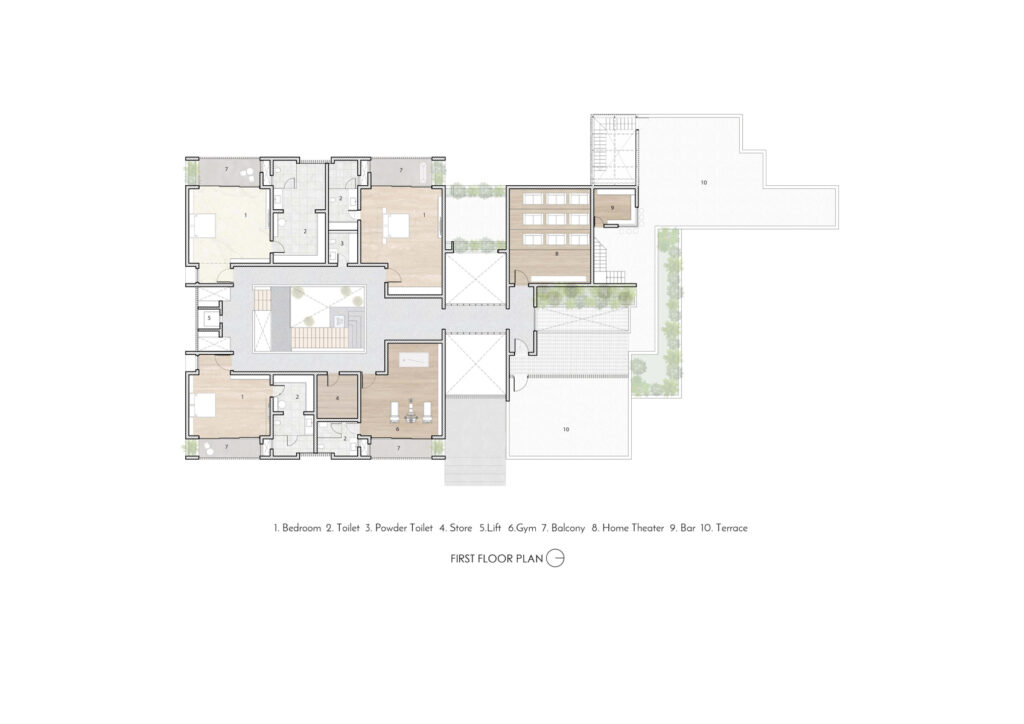 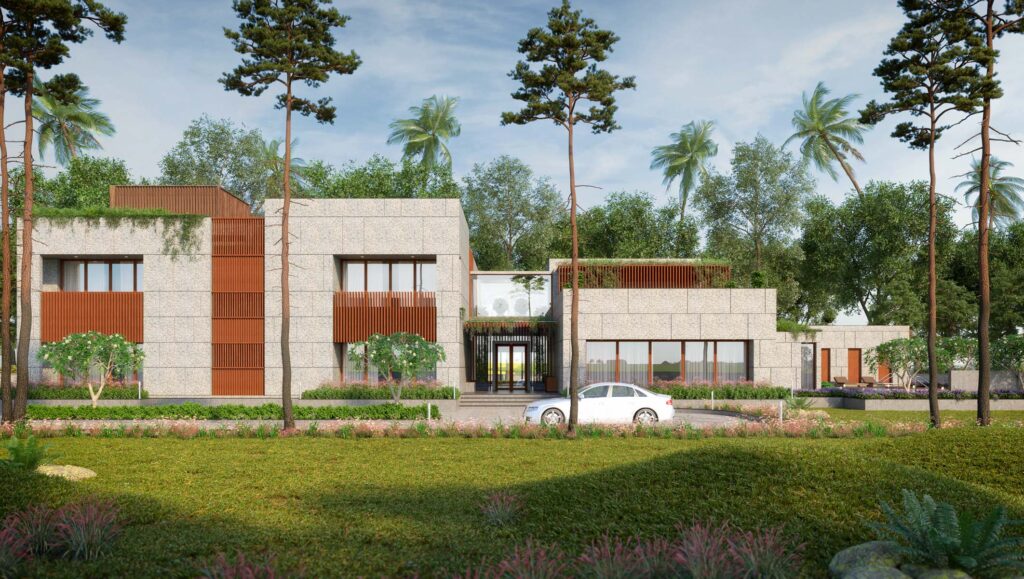 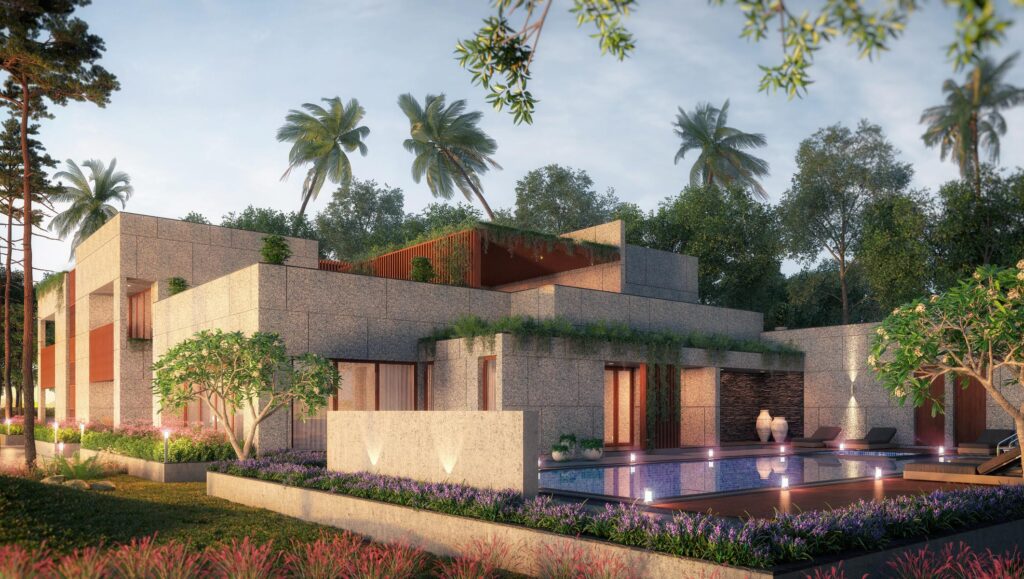 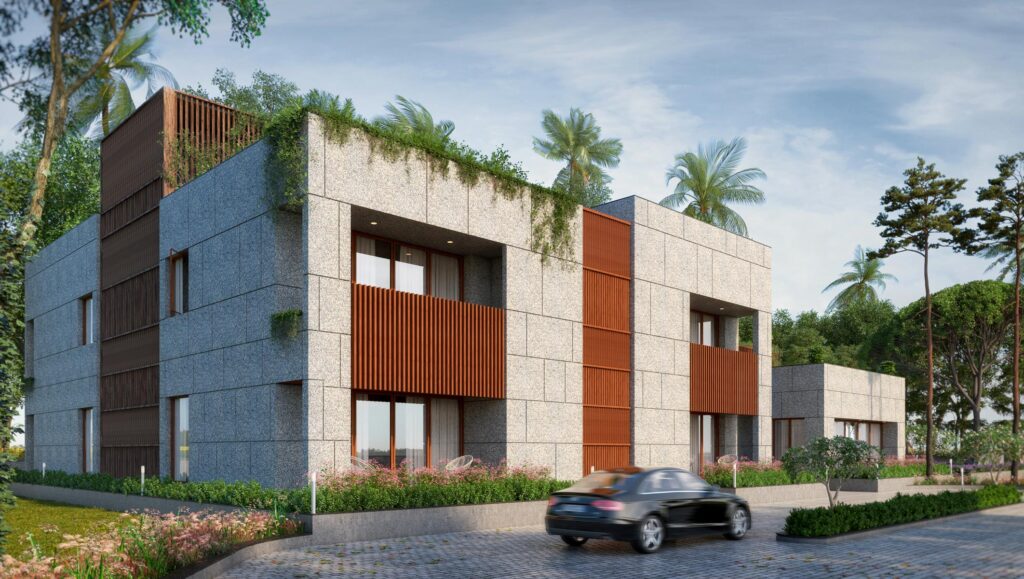 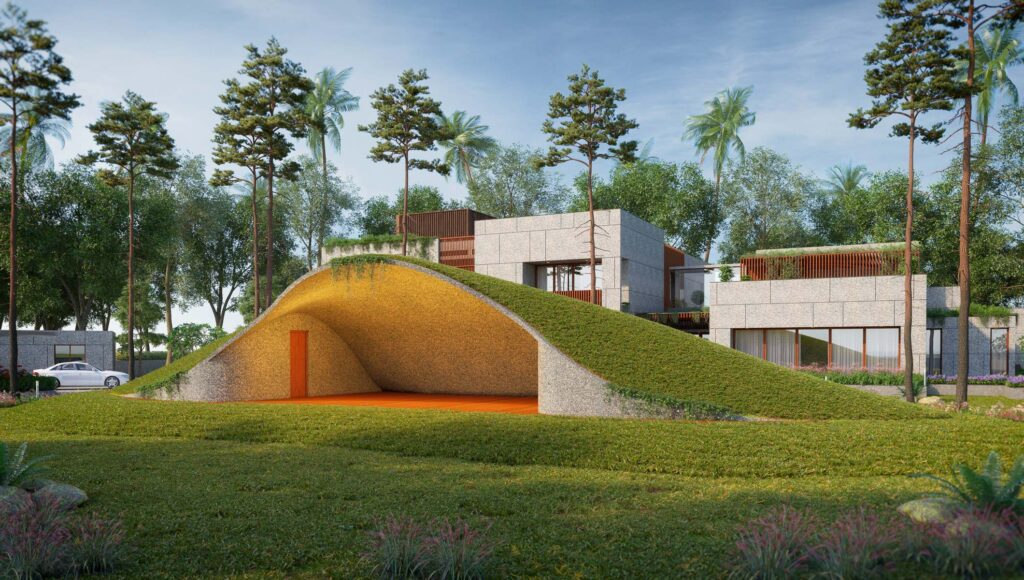 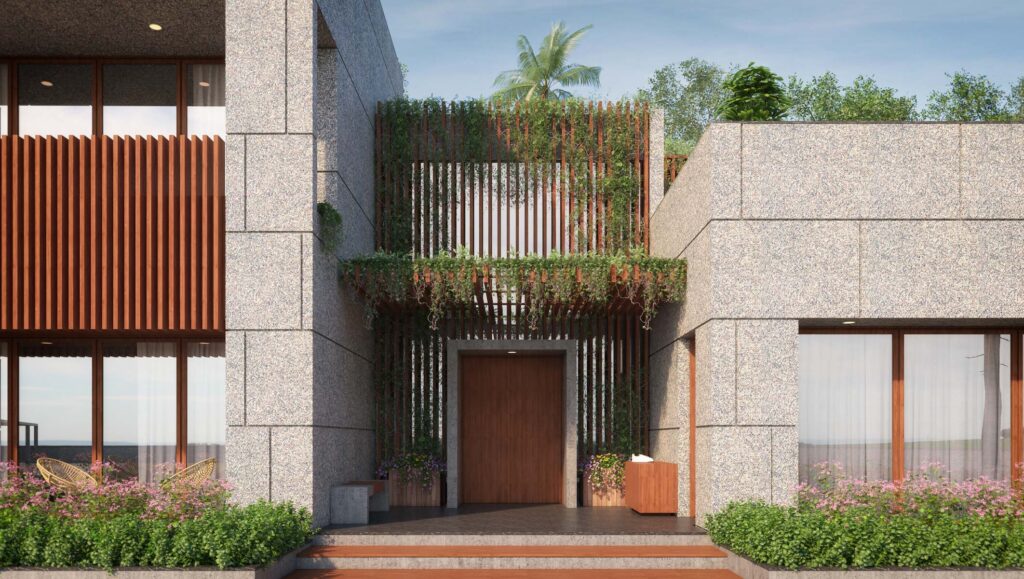 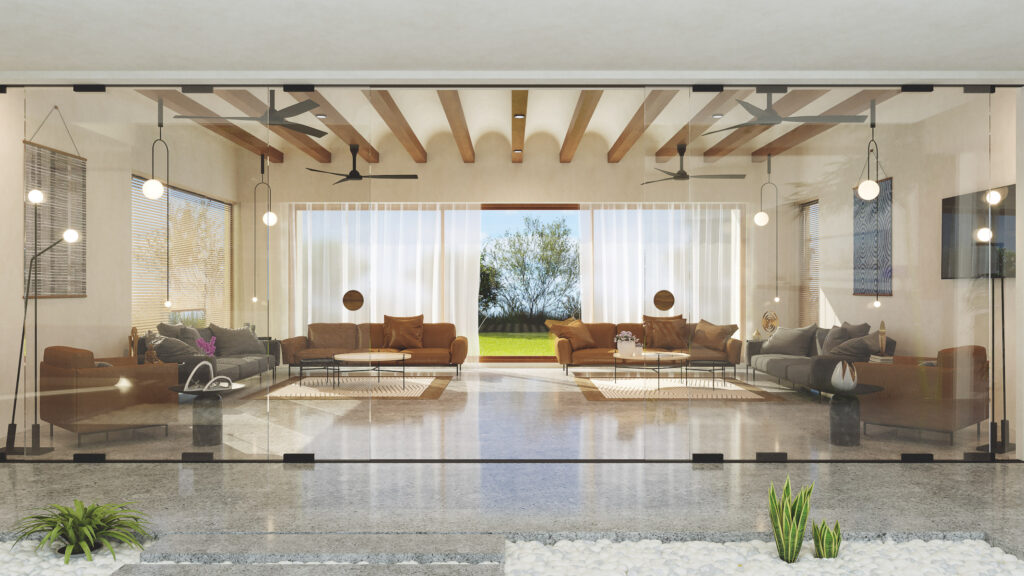 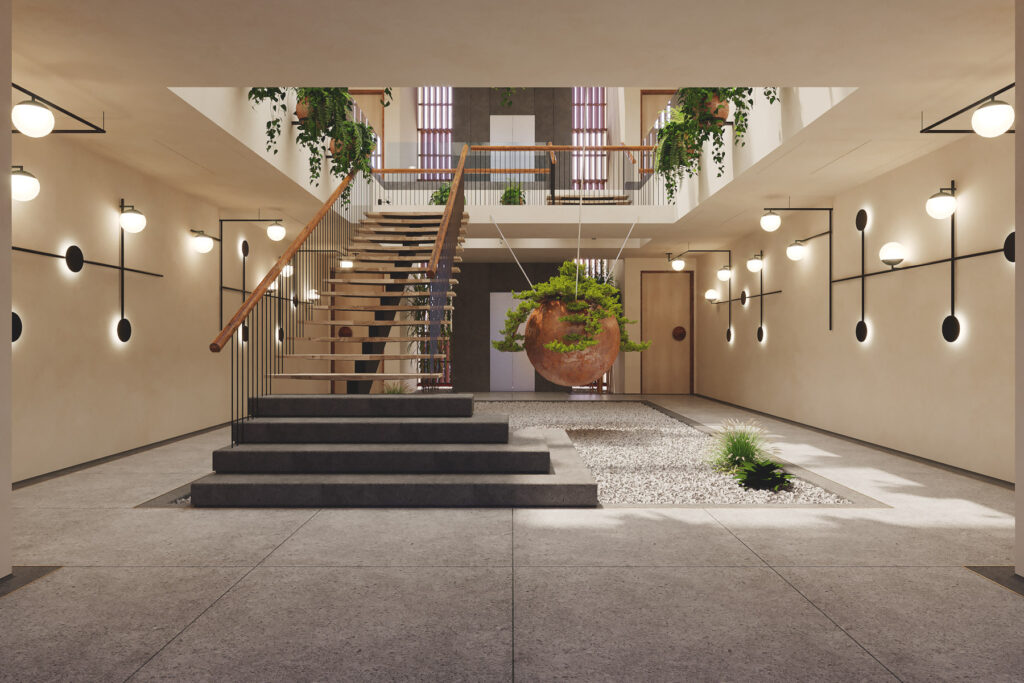 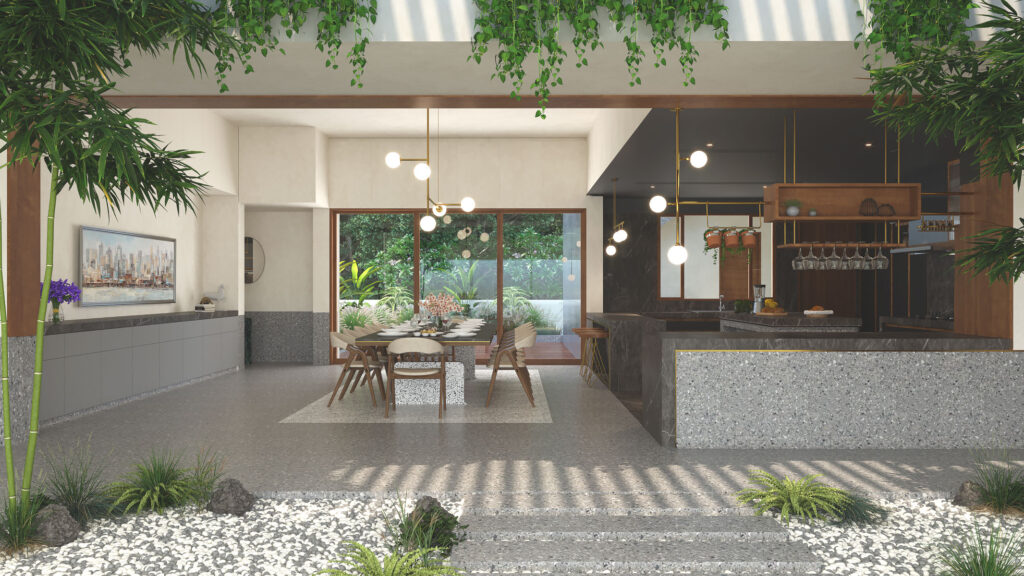 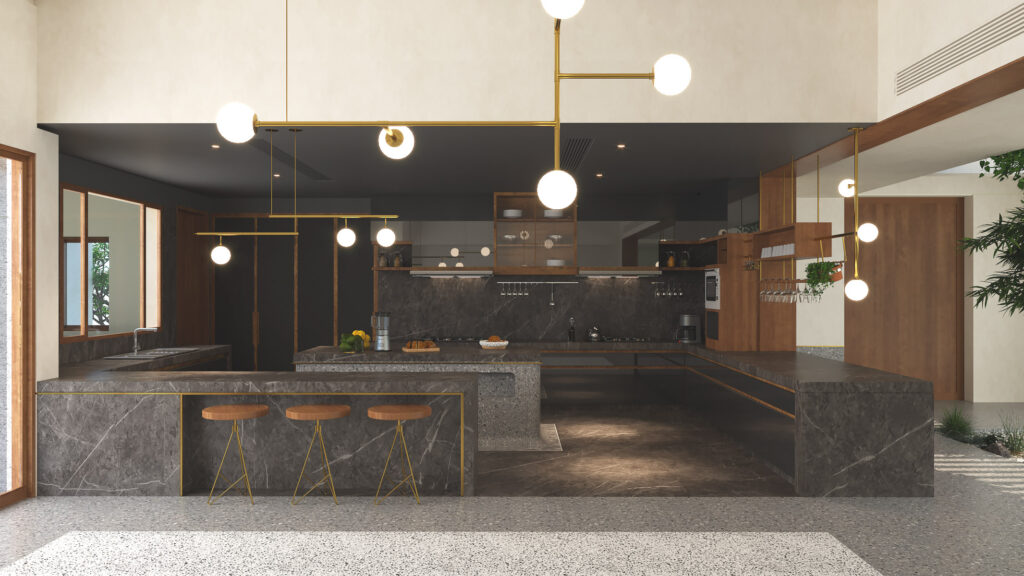 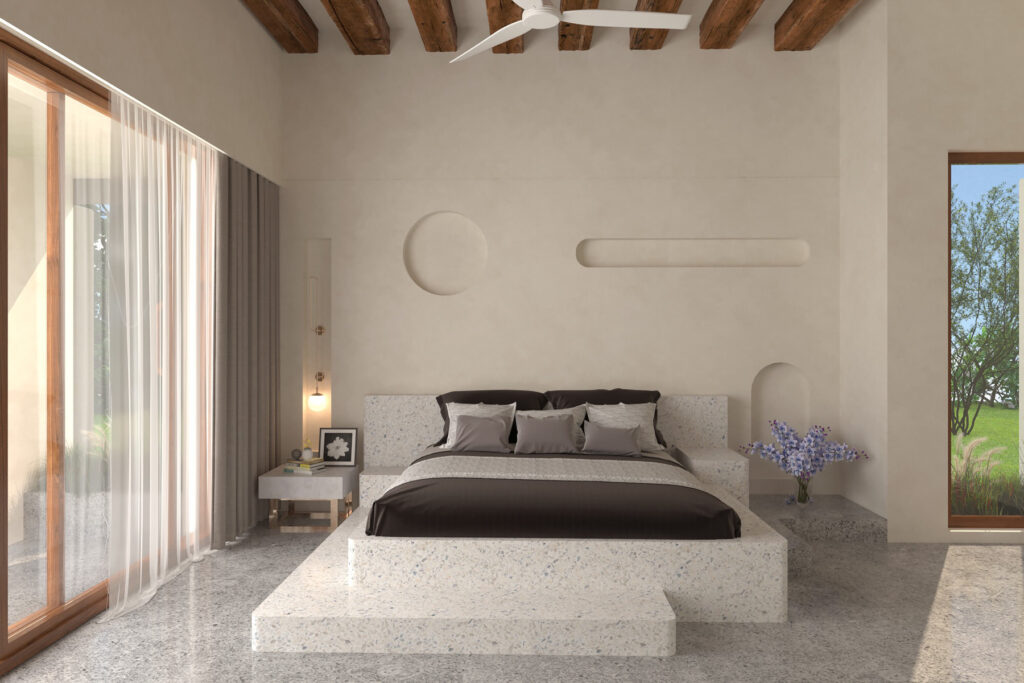 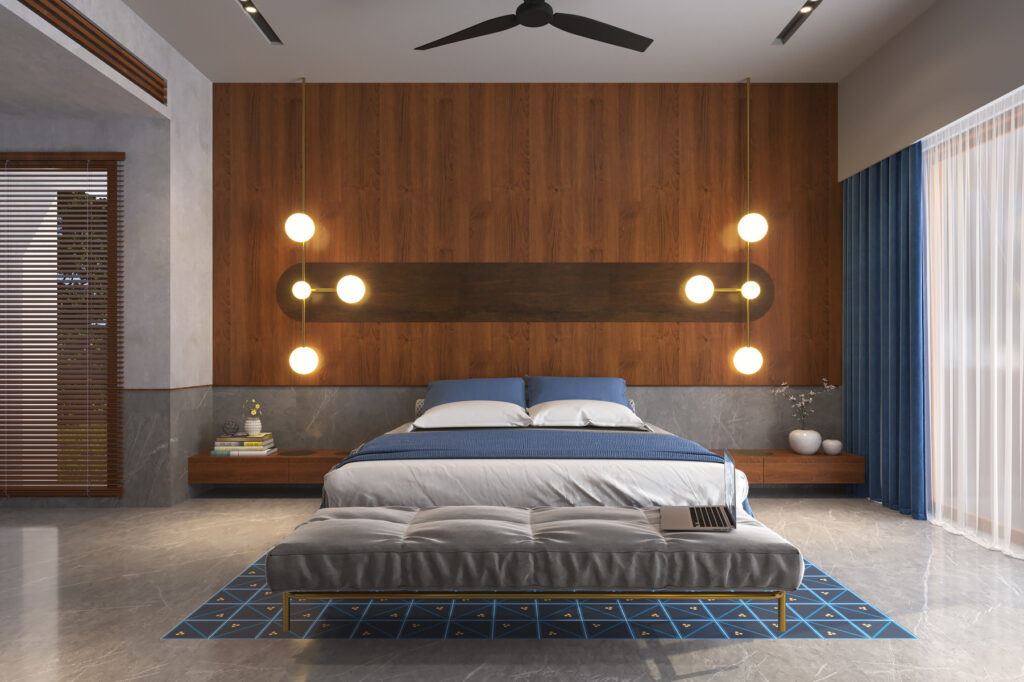 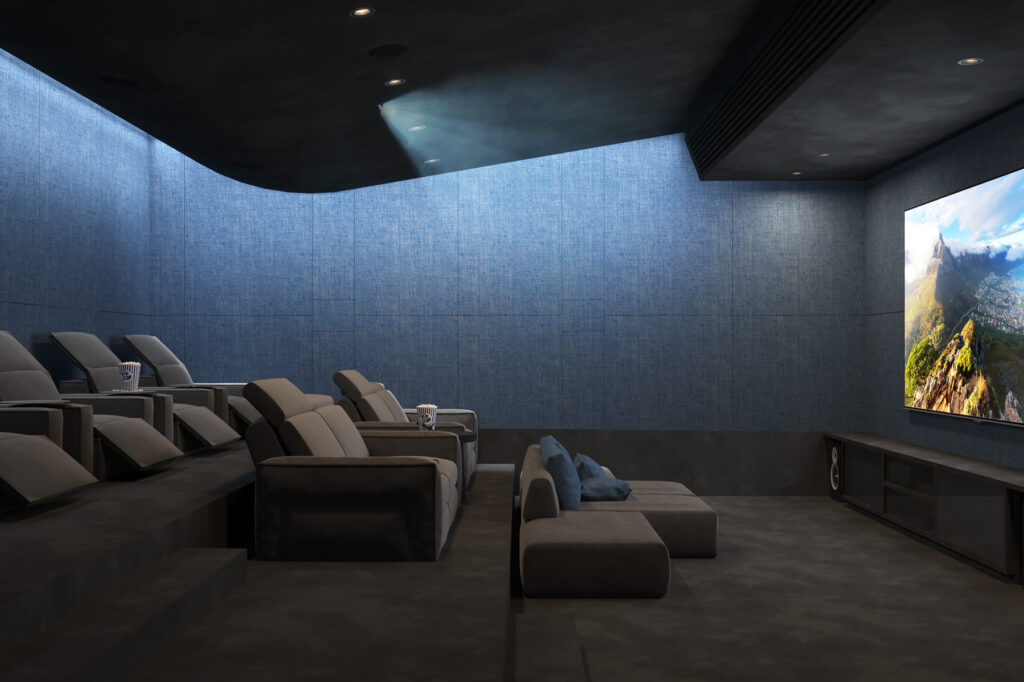 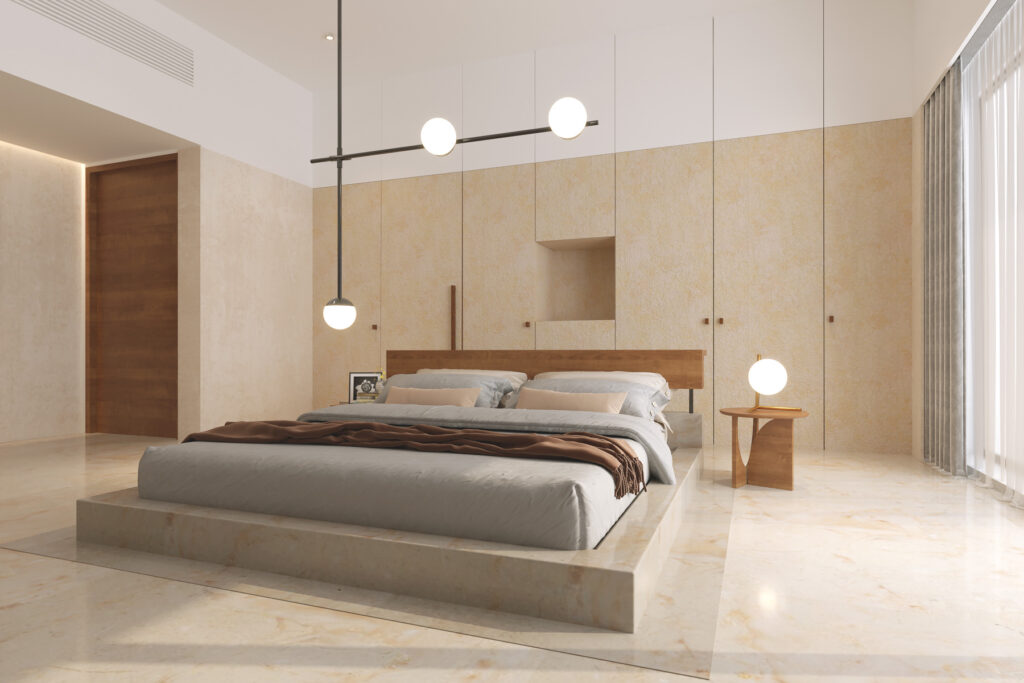 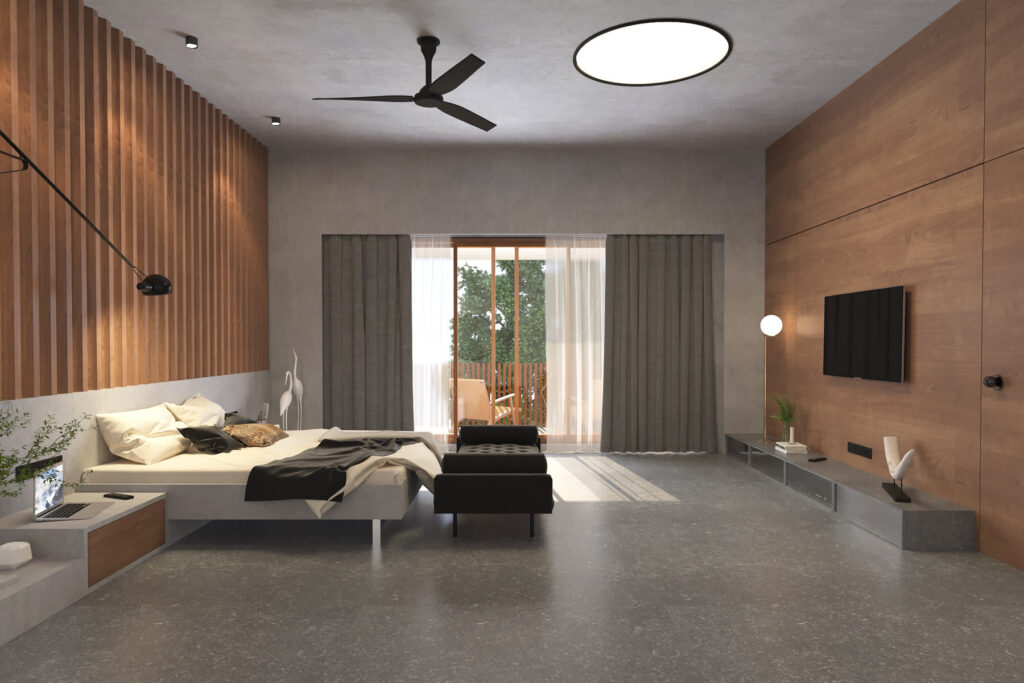 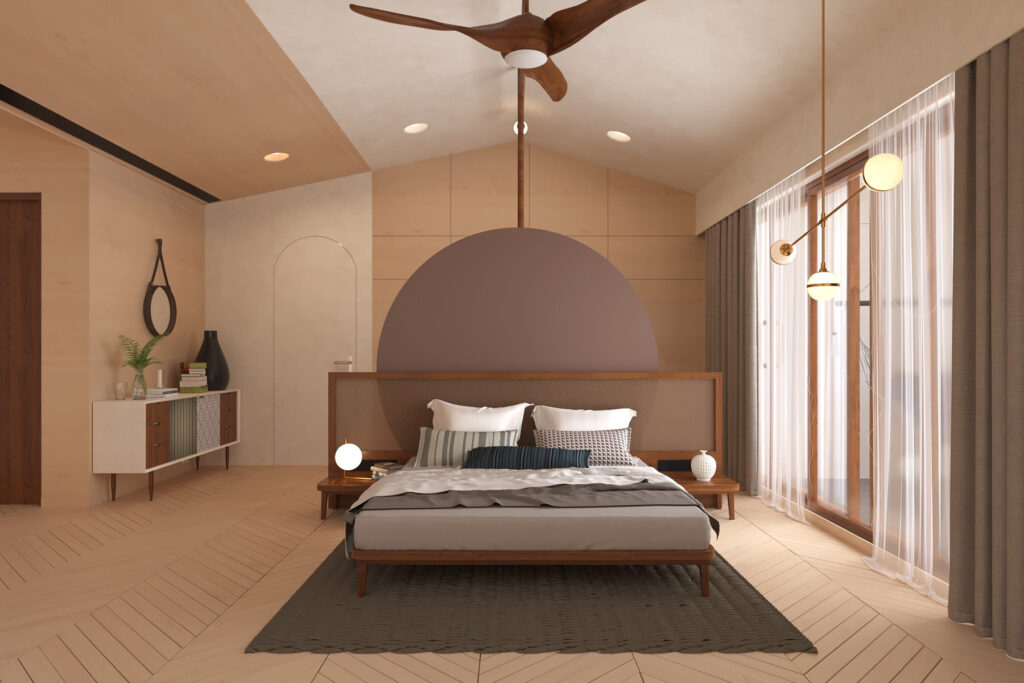 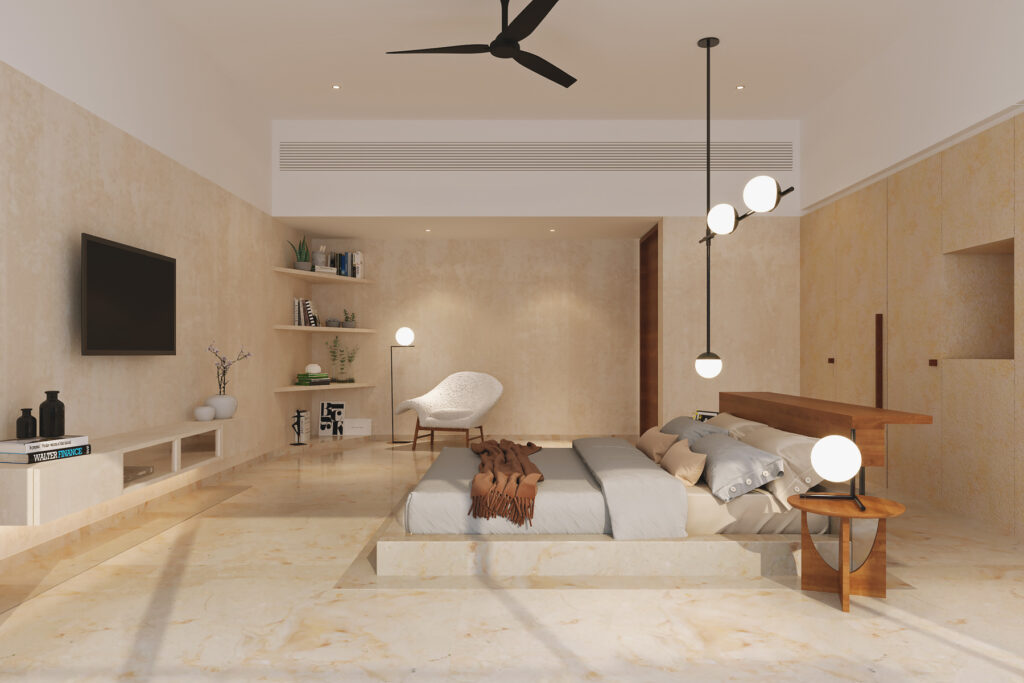 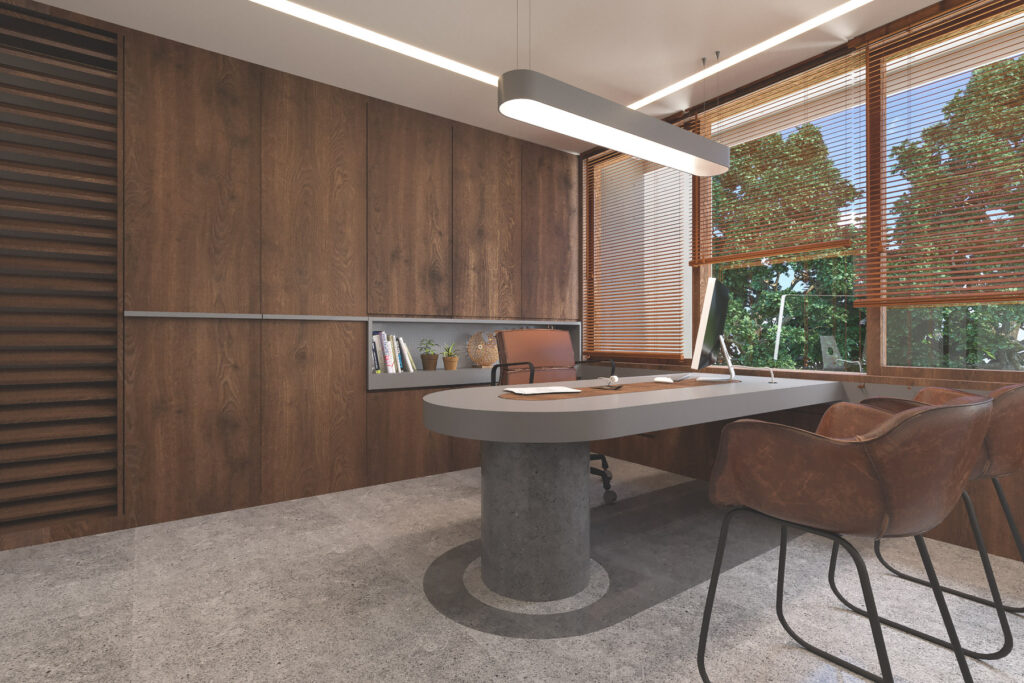