Heaven Weekend Homes is proposed within an already well developed housing scheme near the very famous Balaram Resort near Palanpur in the north Gujarat. The part of the existing plotting scheme was replanned keeping various kinds of weekend homes including studio homes too.

One category consists of 3 level one bedroom studios with big staggered balcony opening into the wilderness of the area with small rocky hills and a flowing jungle. This category was planned on the higher zone of the plot from where the sun could be seen setting into the hills.

Other categories were planned in the flat zone with one and two BHK small size homes for those who would like to enjoy their own private garden space.  This new development was planned with a separate new club building including a Spa and a Yoga centre. 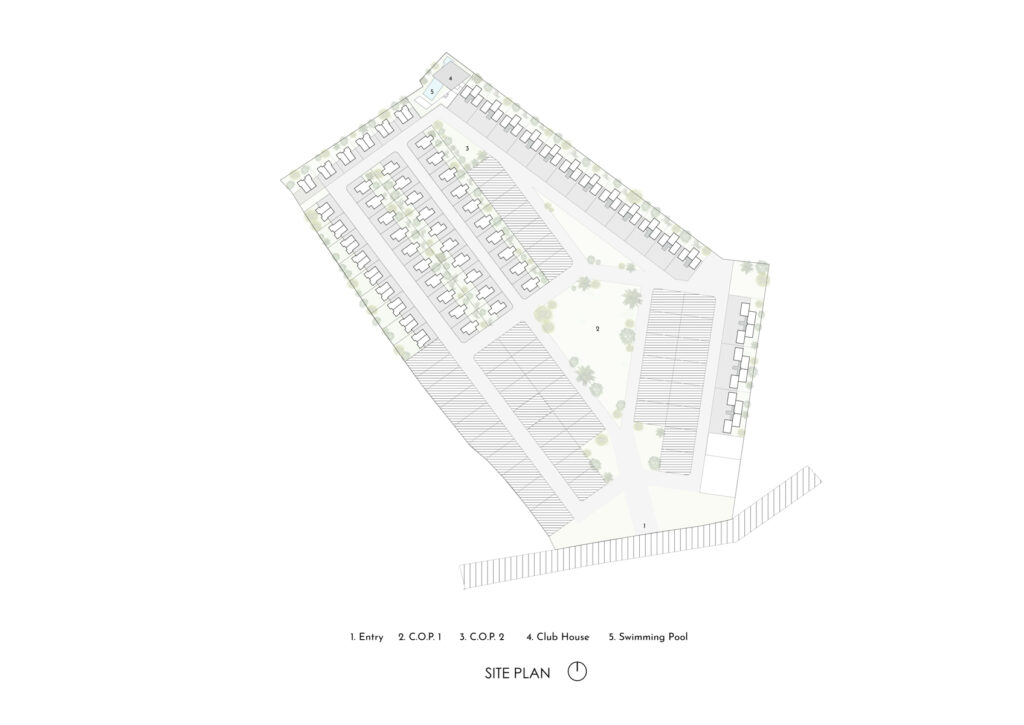 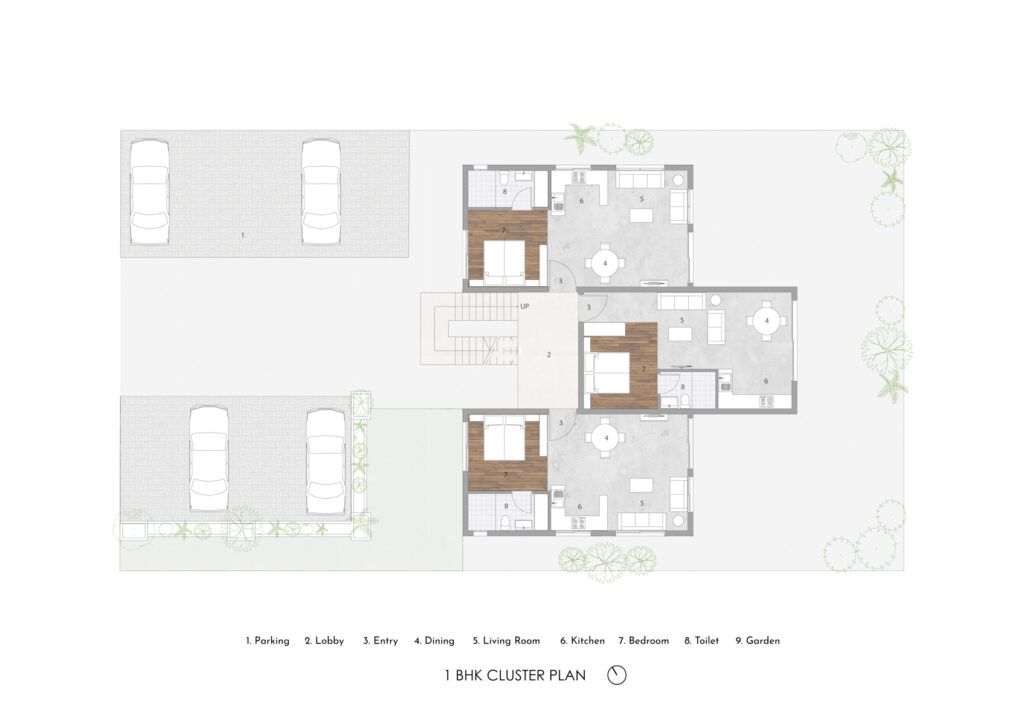 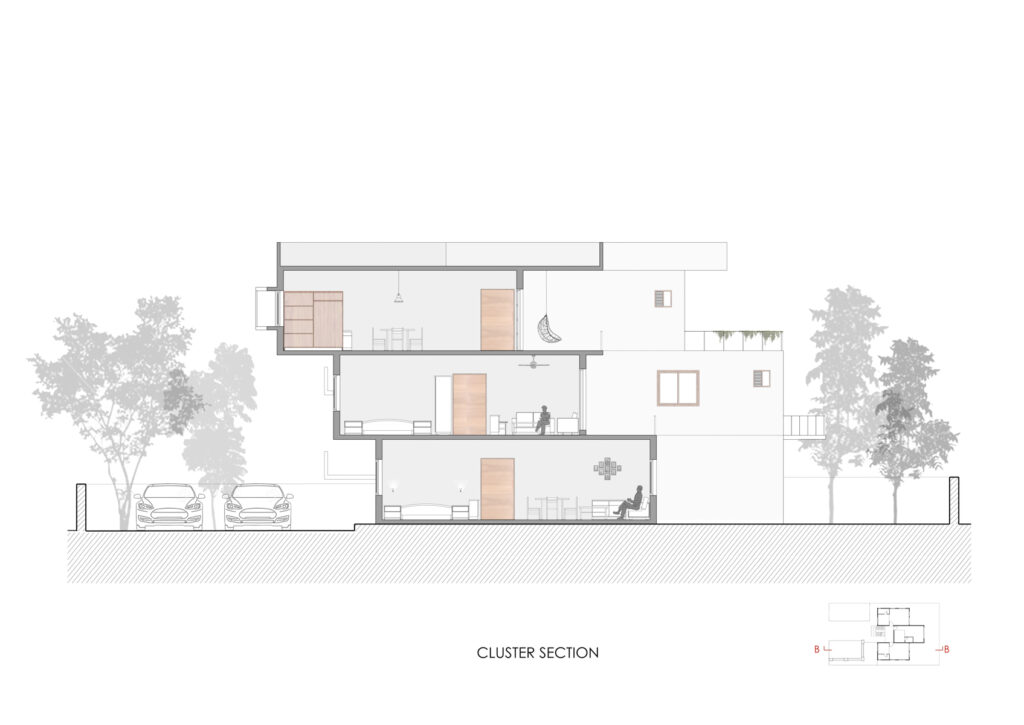 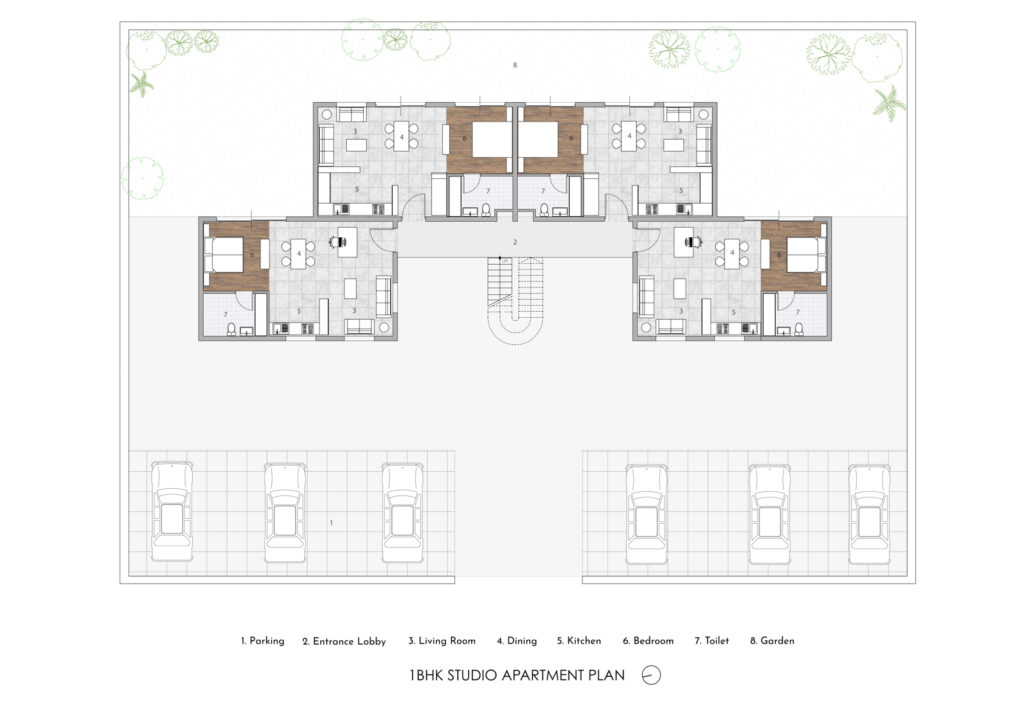 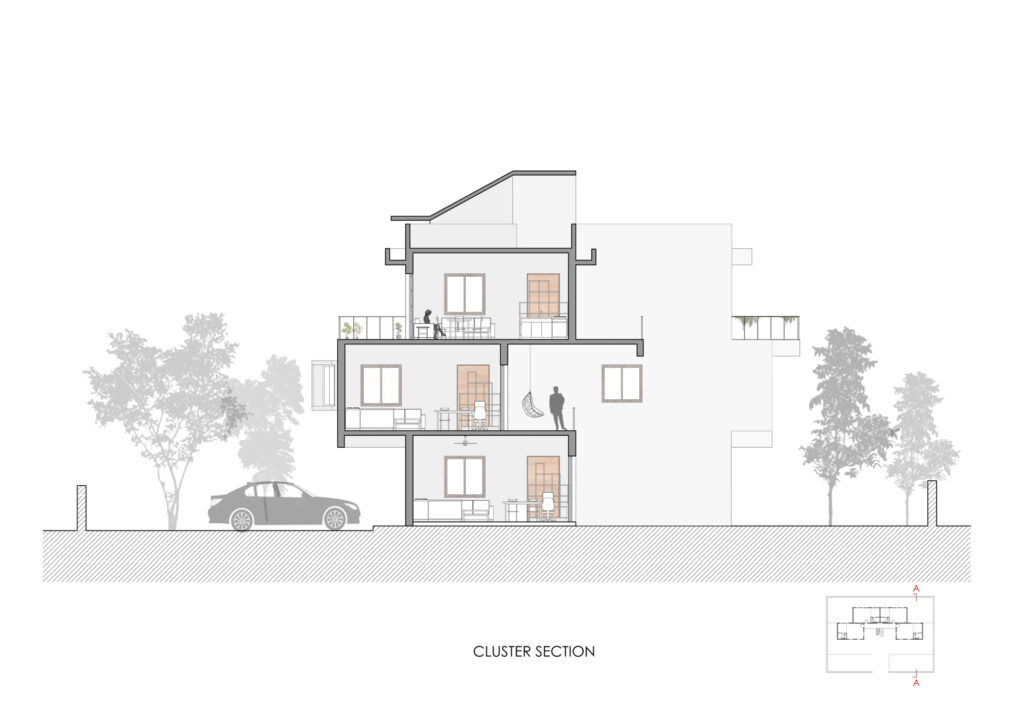 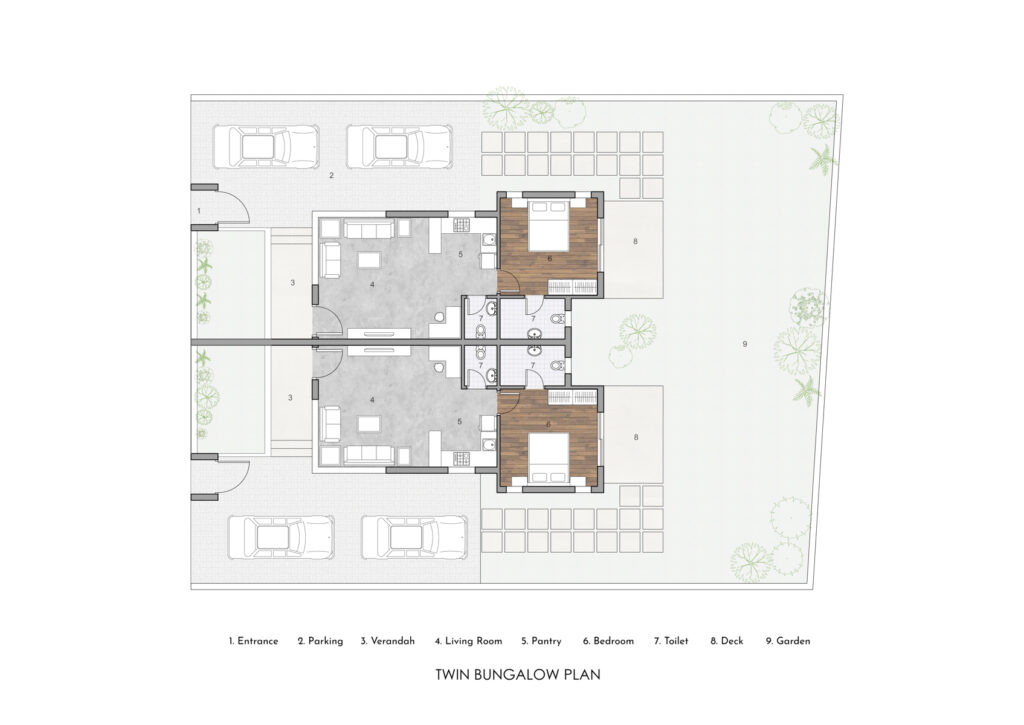 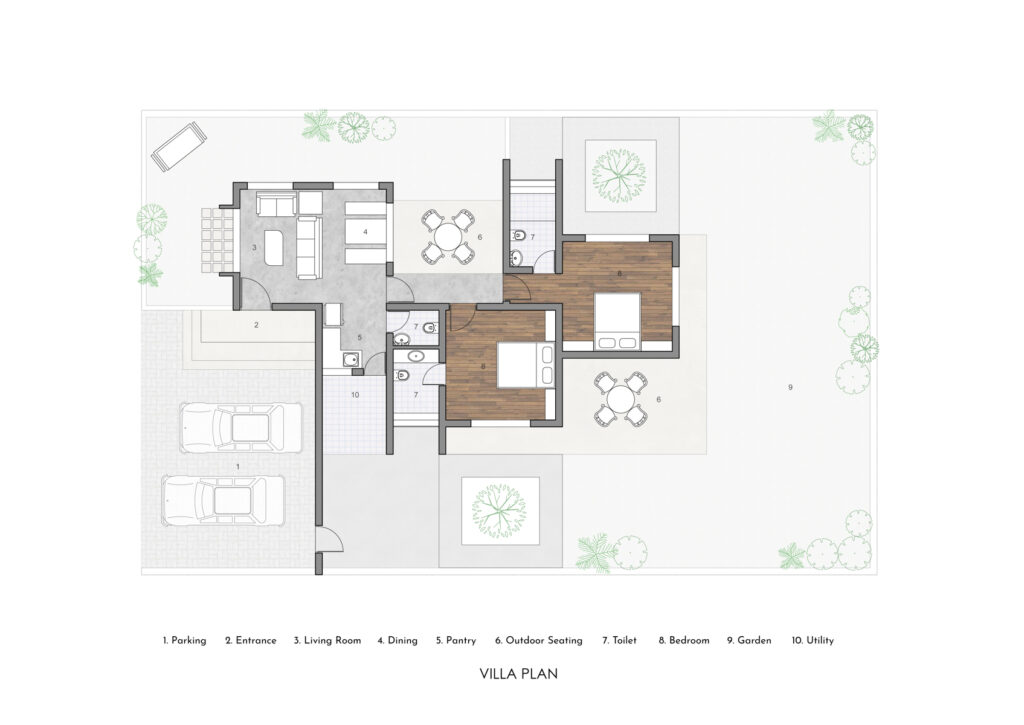