Akshatam Housing is a series of 4 projects in Palanpur, for the development of row houses and bungalows ranging from 2 to 4 bedroom houses. These projects are mainly a contribution to Society by providing every resident a piece of land, a tree & its shade. This was possible only because these sites are pieces of land owned by the client since a long time so achieving a low FSI worked for the Client economically too.

The units are very compact, addressing the needs of fast and affordable housing in a growing town. All these projects are located in different localities of Palanpur but follow the same concept, that of allowing a majority of the apartment dwellers in the city to shift to a house of their own.

Akshatam 2 is also developed in the same locality as Akshatam 1, after a demand from people arose for 2 bedroom houses. This was a smaller & challenging, very linear piece of land being cut through its middle by an IOC (Indian Oil Corporation) line. The land also sloped down by about 5 Mts from the entrance to the plot end where there was a river. So this housing was designed to take care of all rainwater drainage from the plots to the central spinal road which works like a water duct, draining the water from the front of the plot to the river at the end. The IOC line was taken care of by creating the common green space over it. This scheme has 90 units. 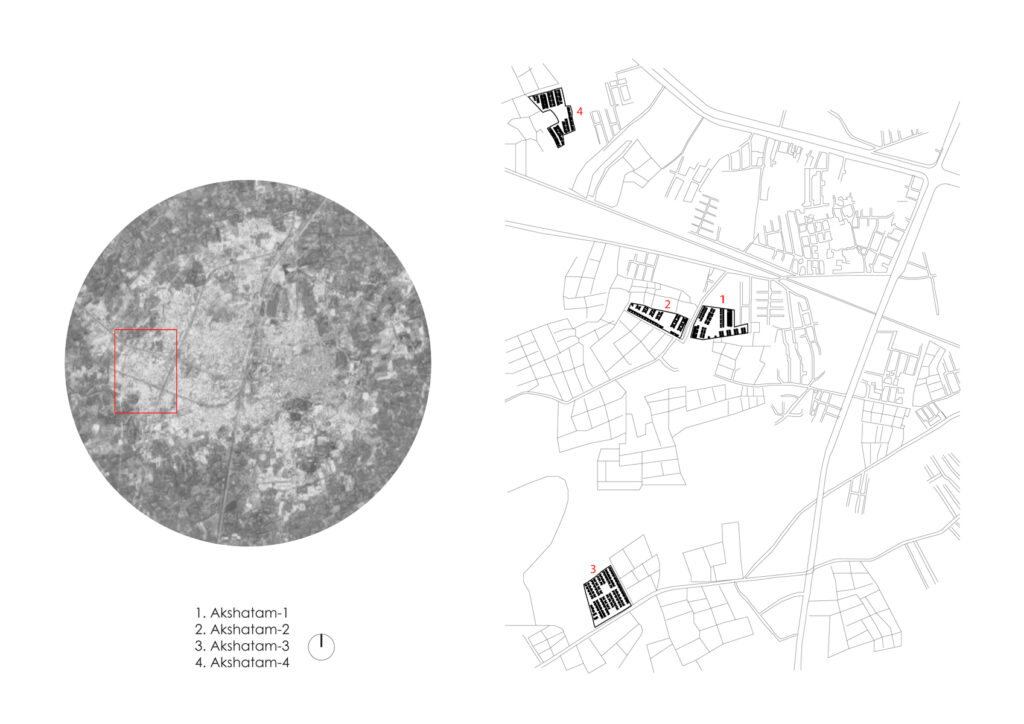 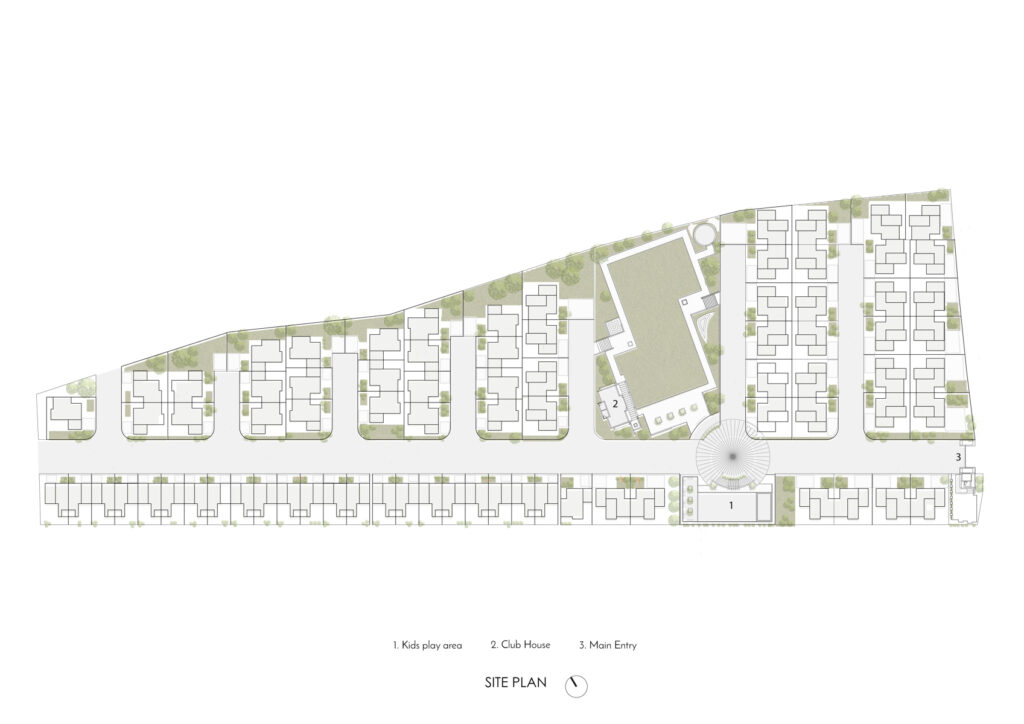 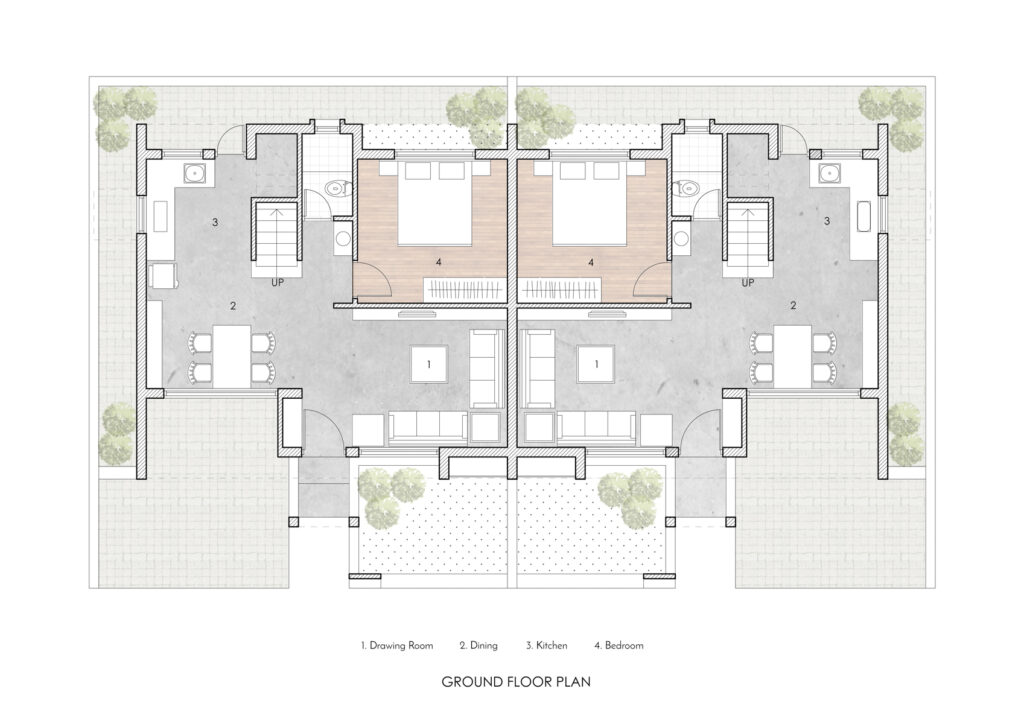 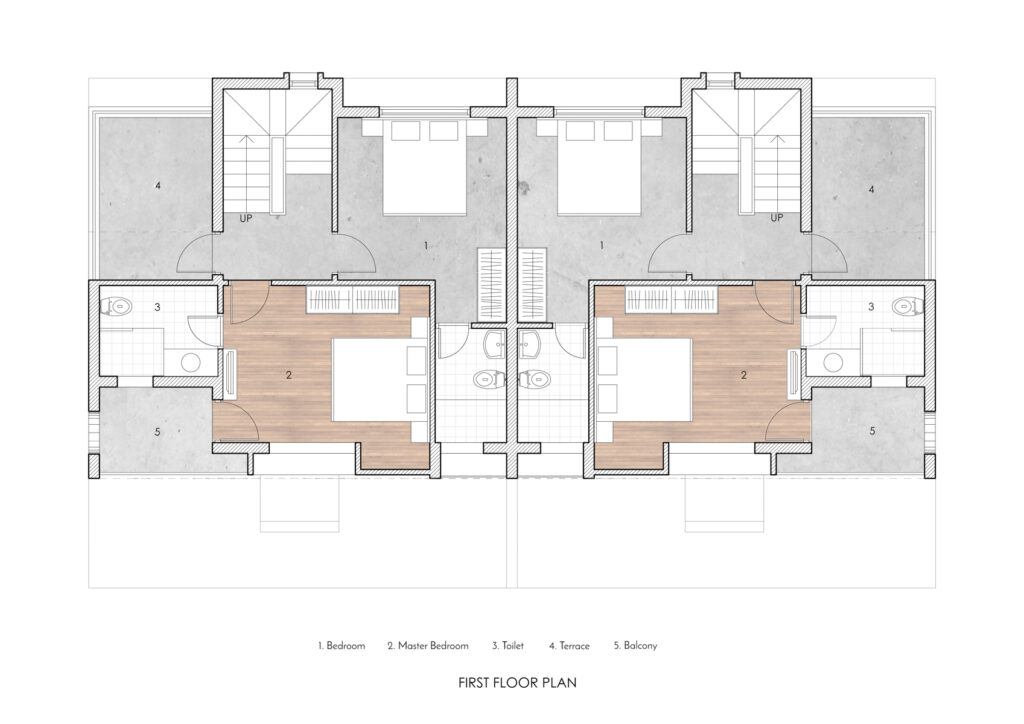 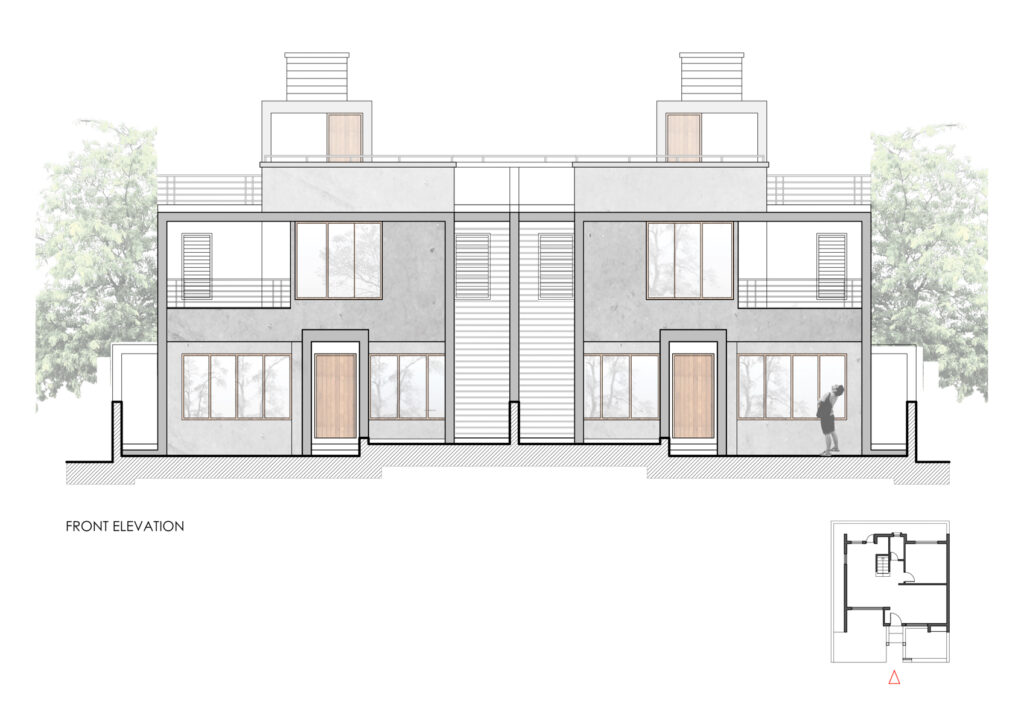 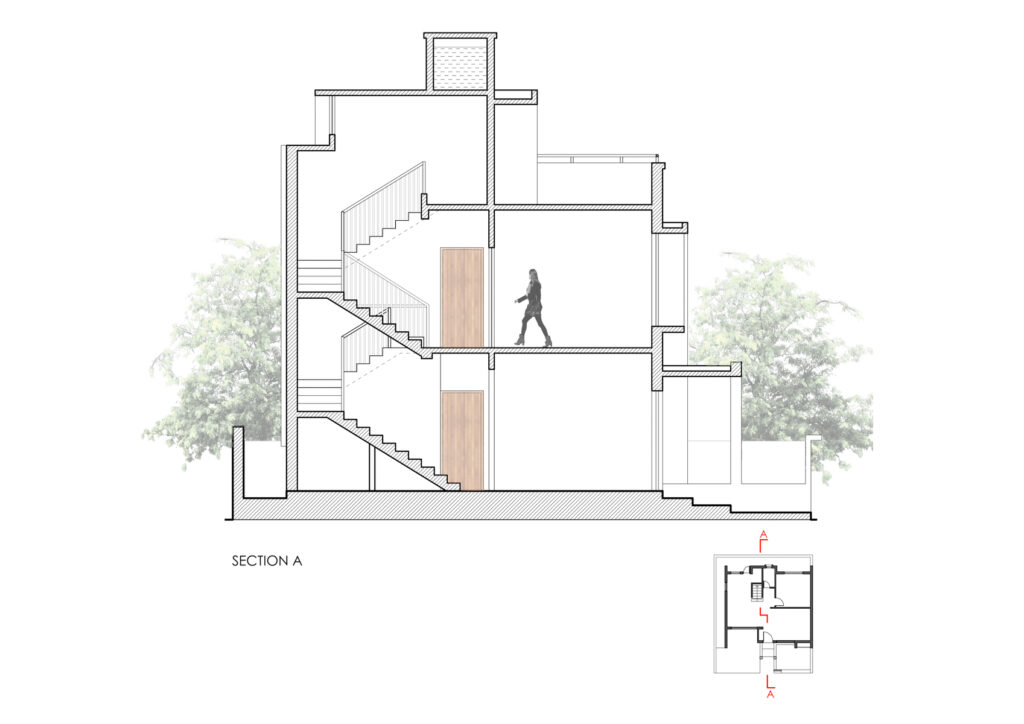 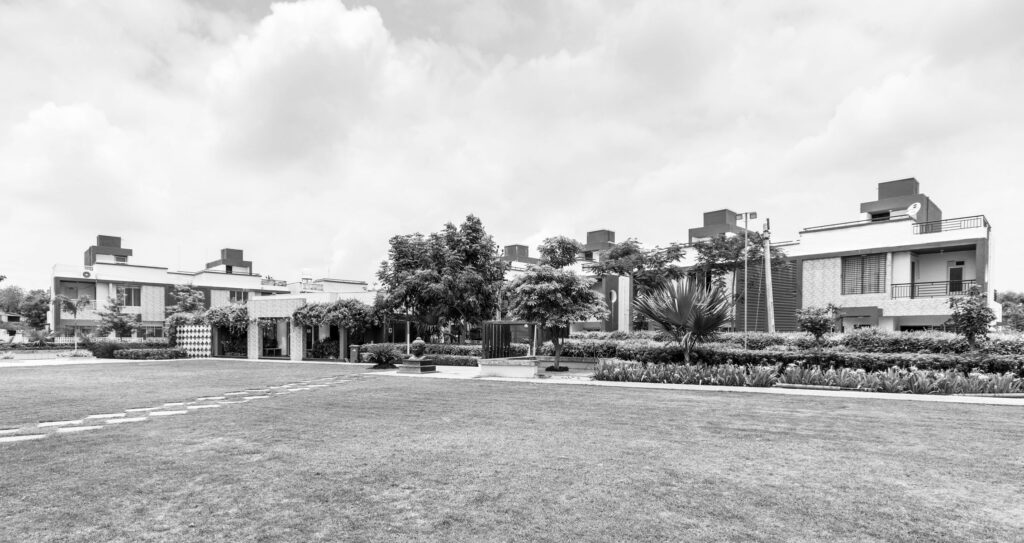 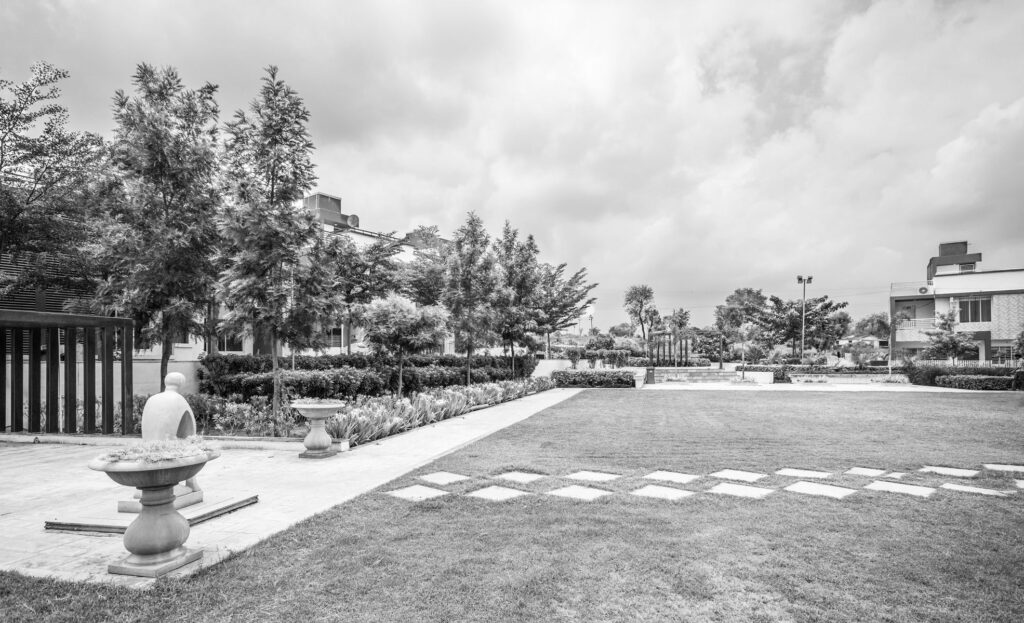 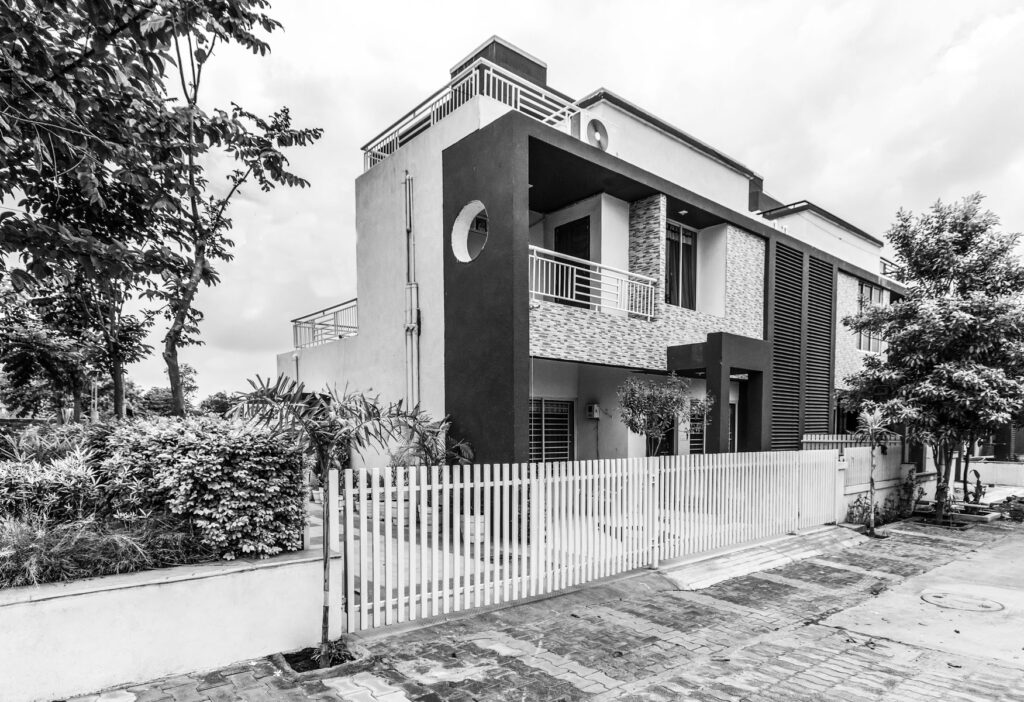 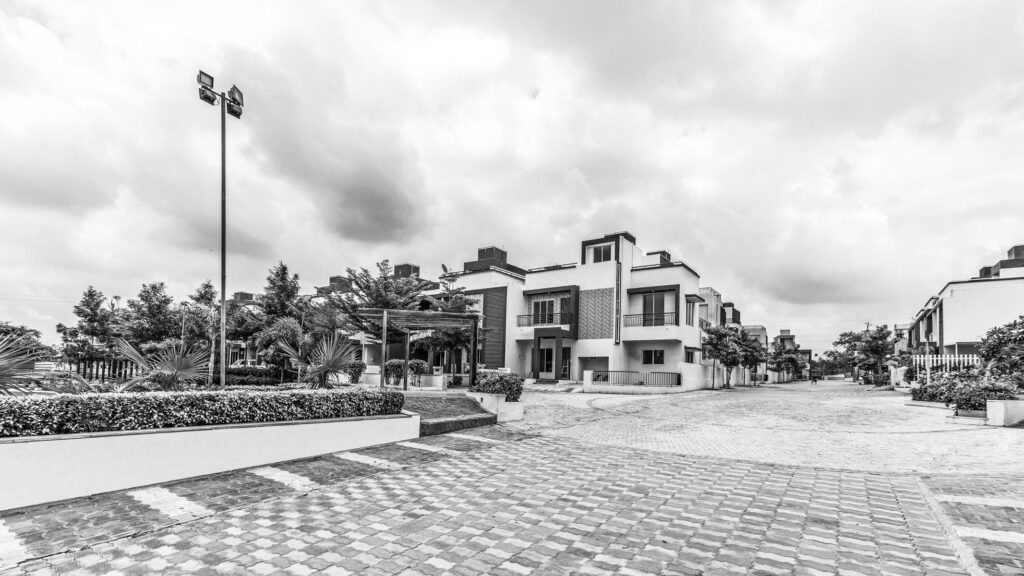 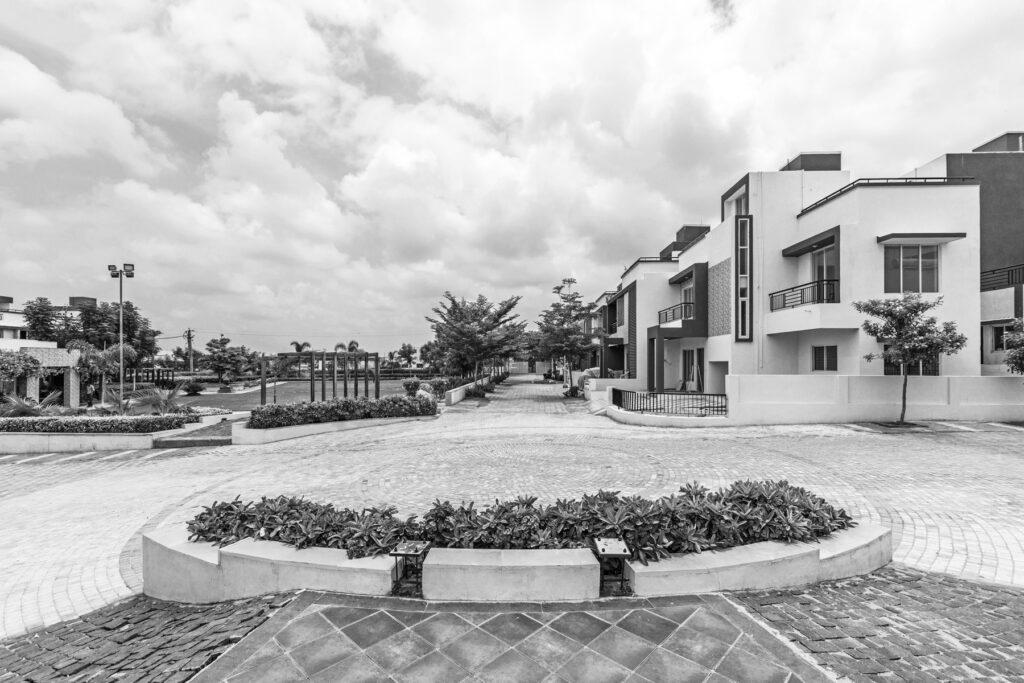 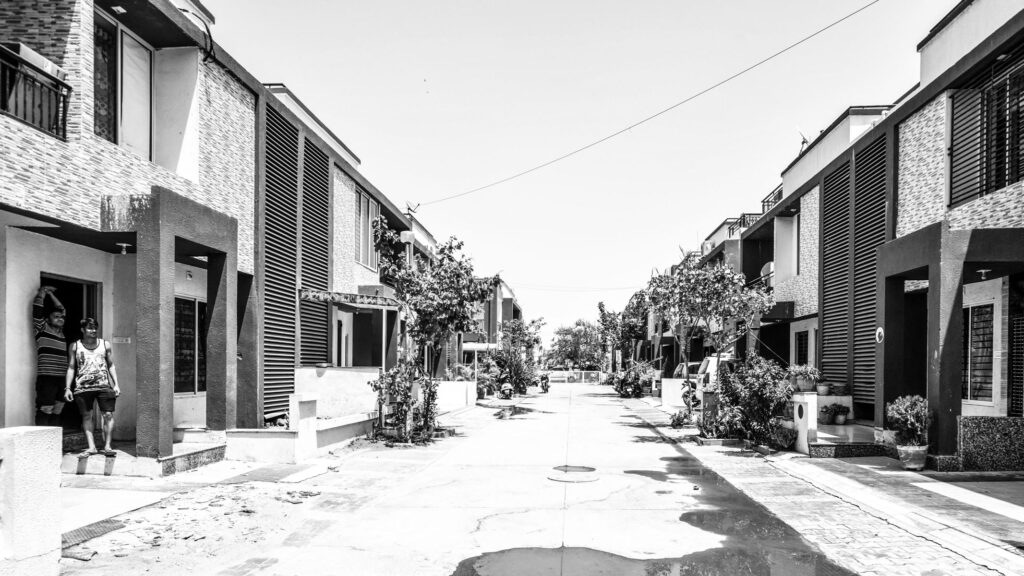 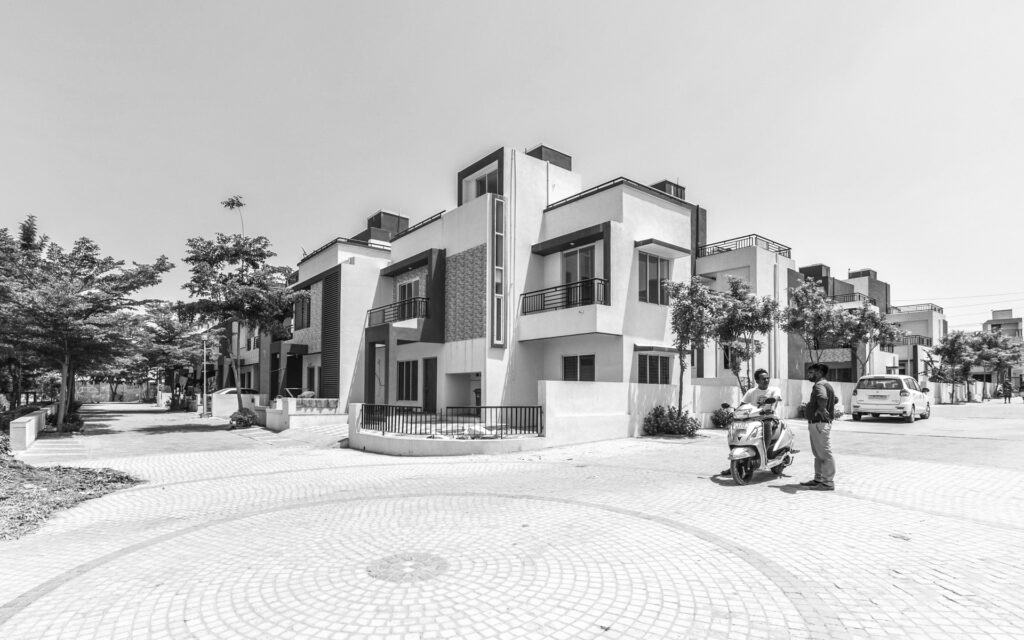 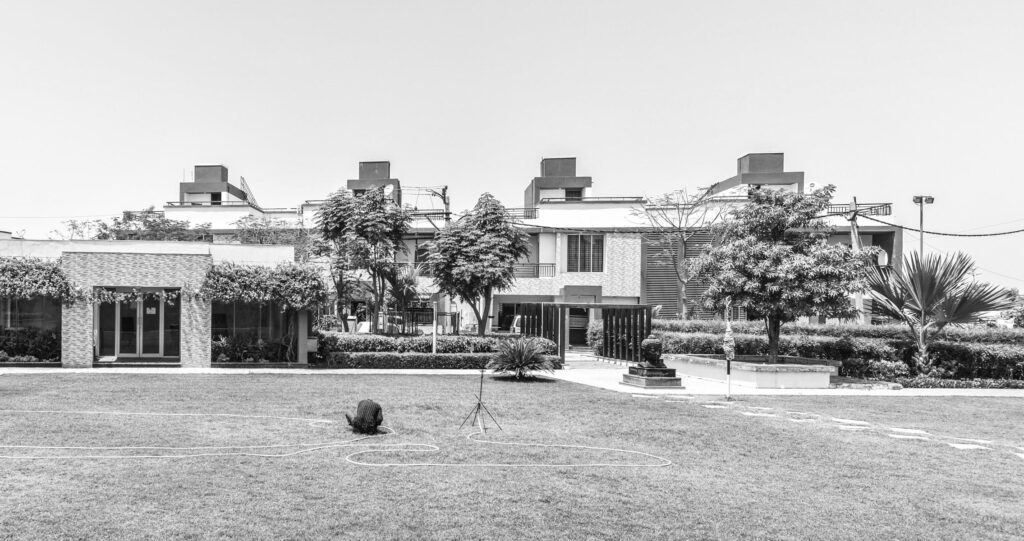 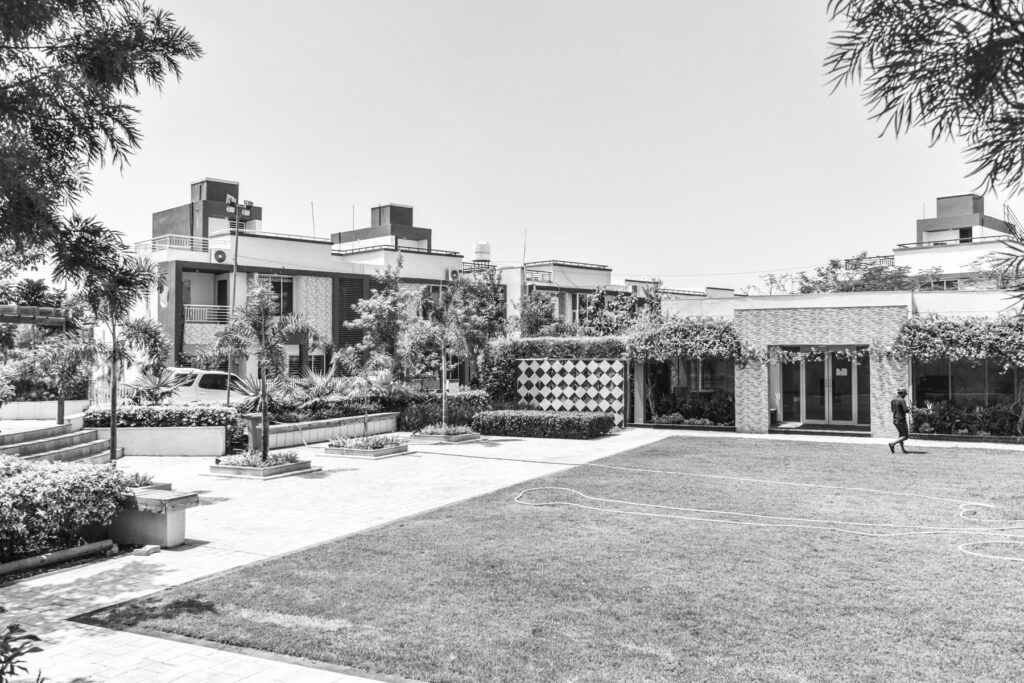 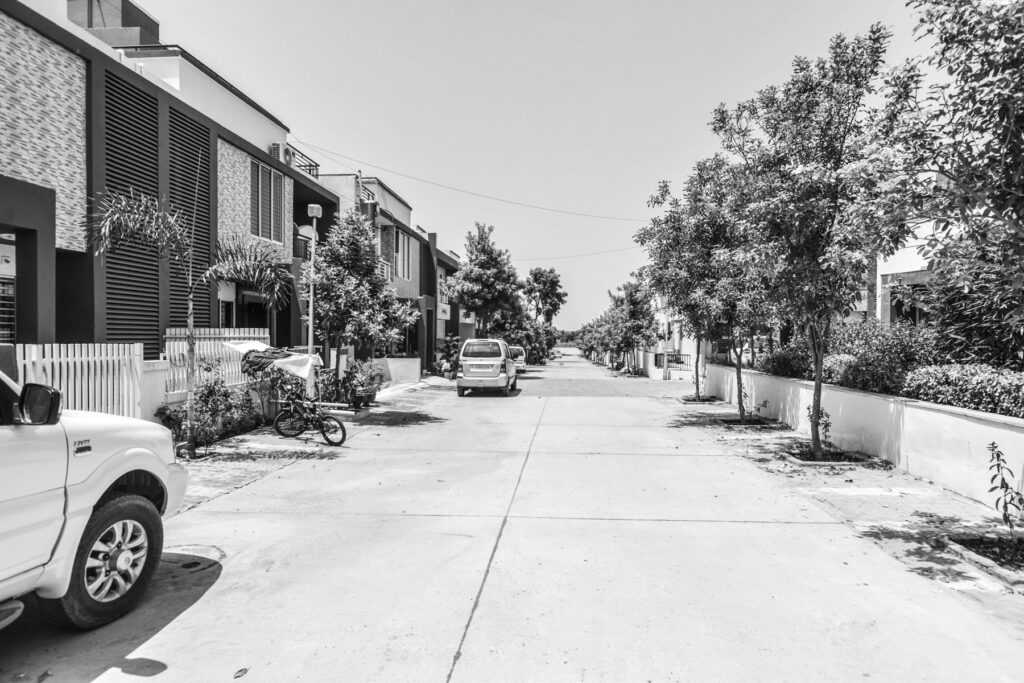 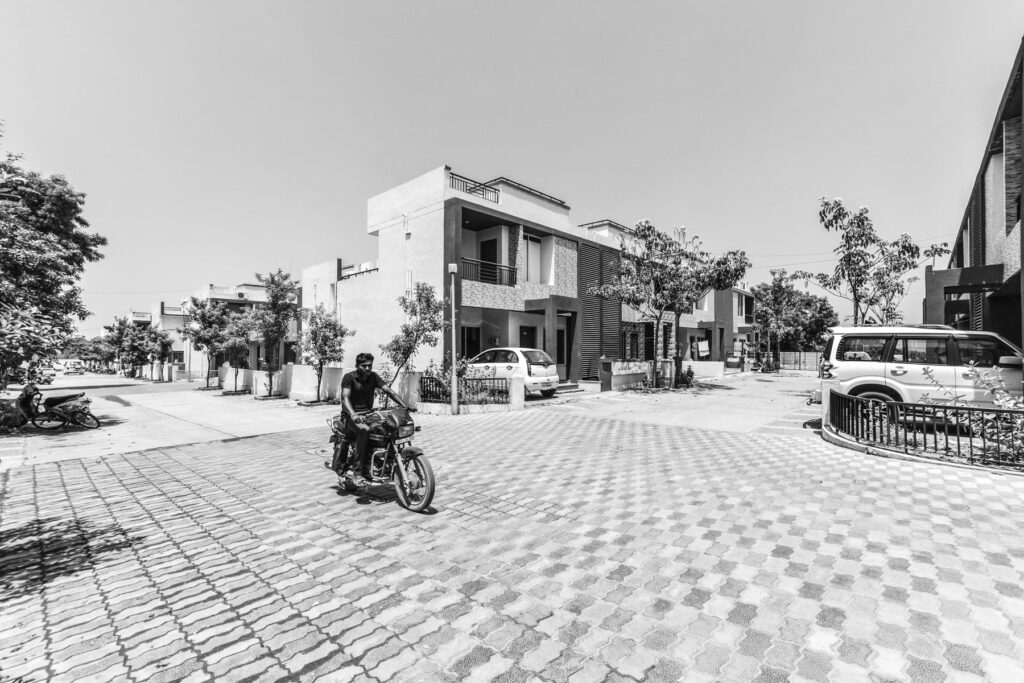 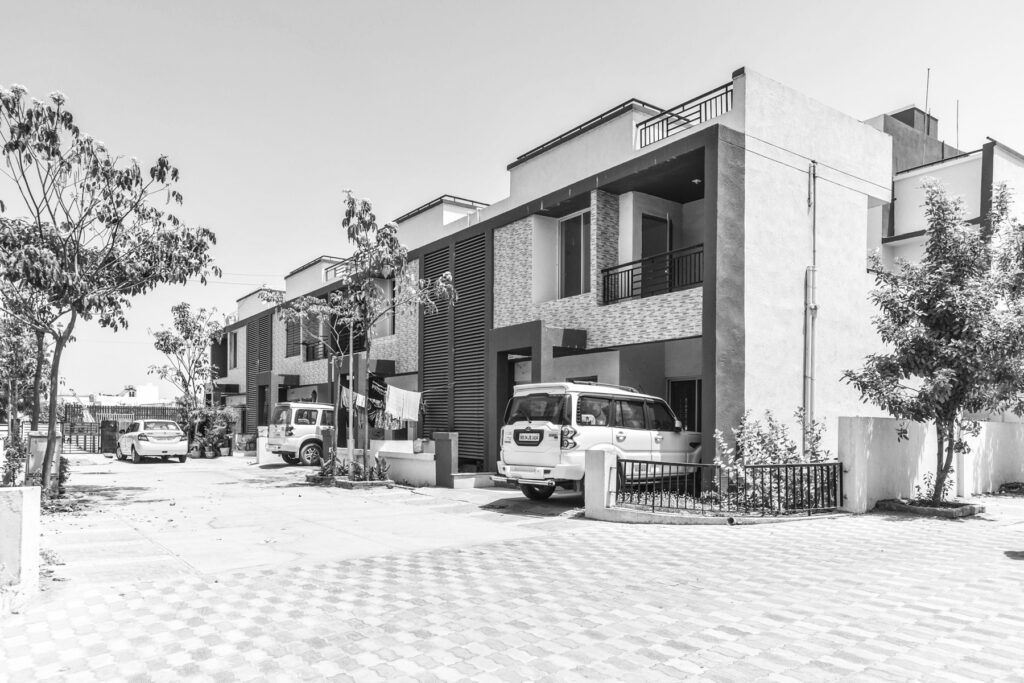 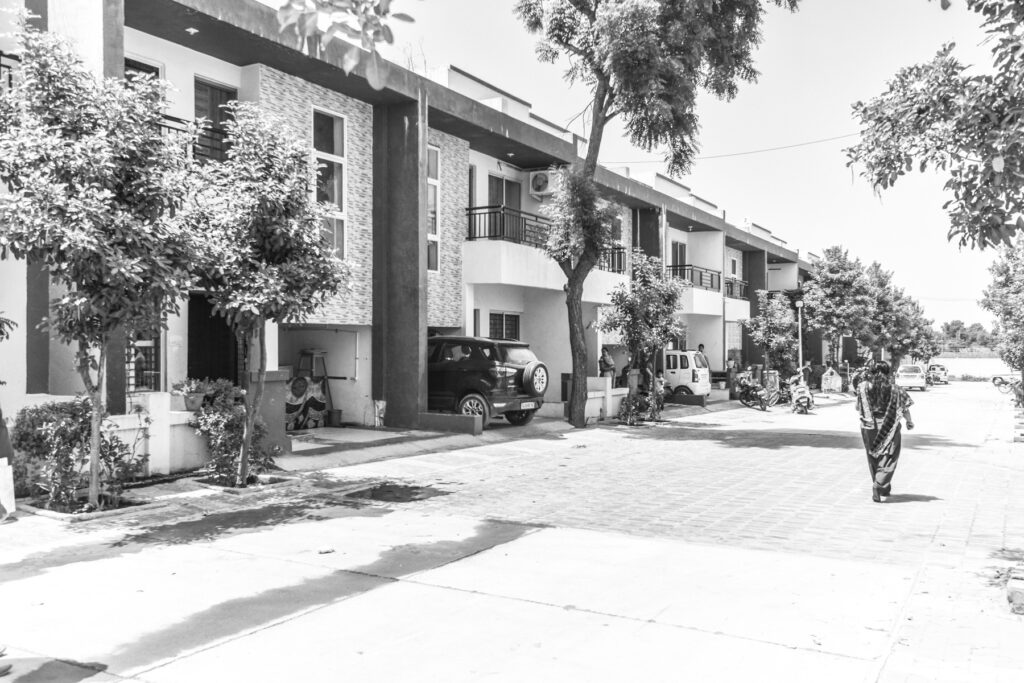 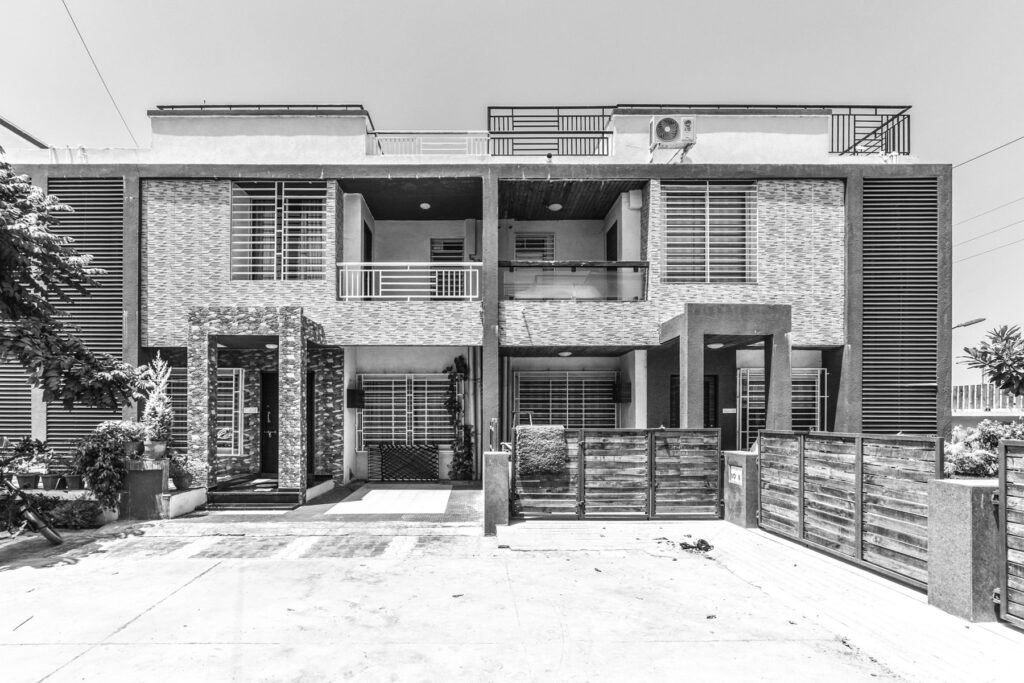 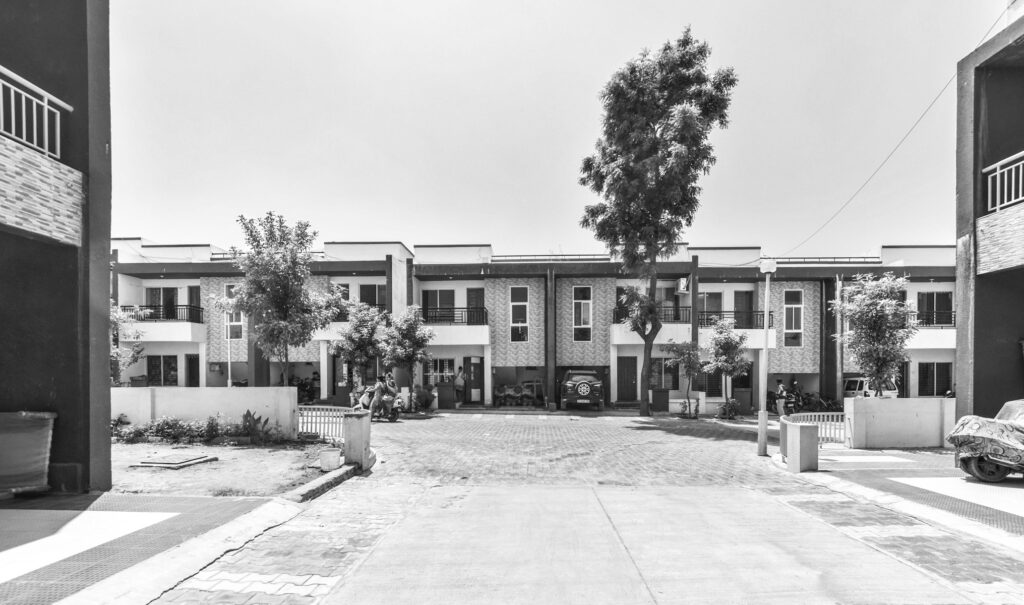 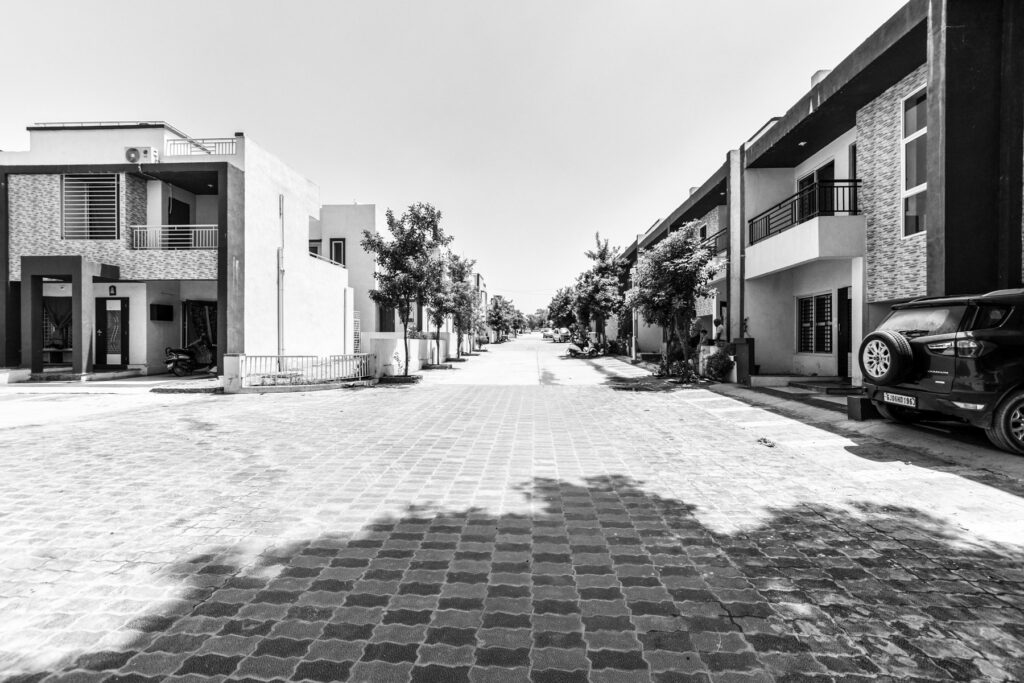 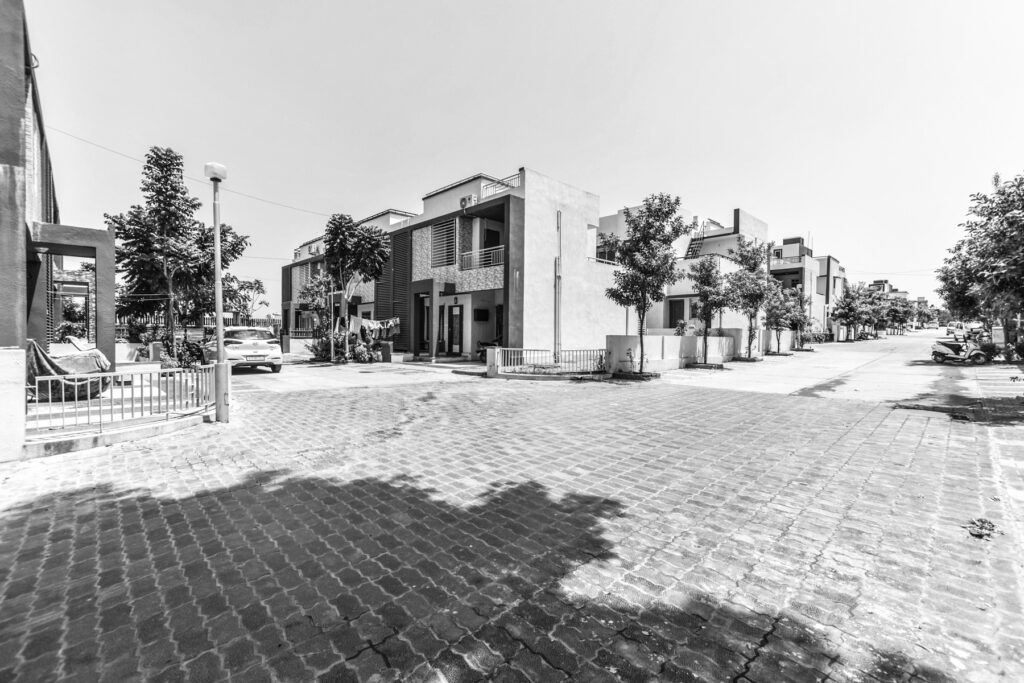 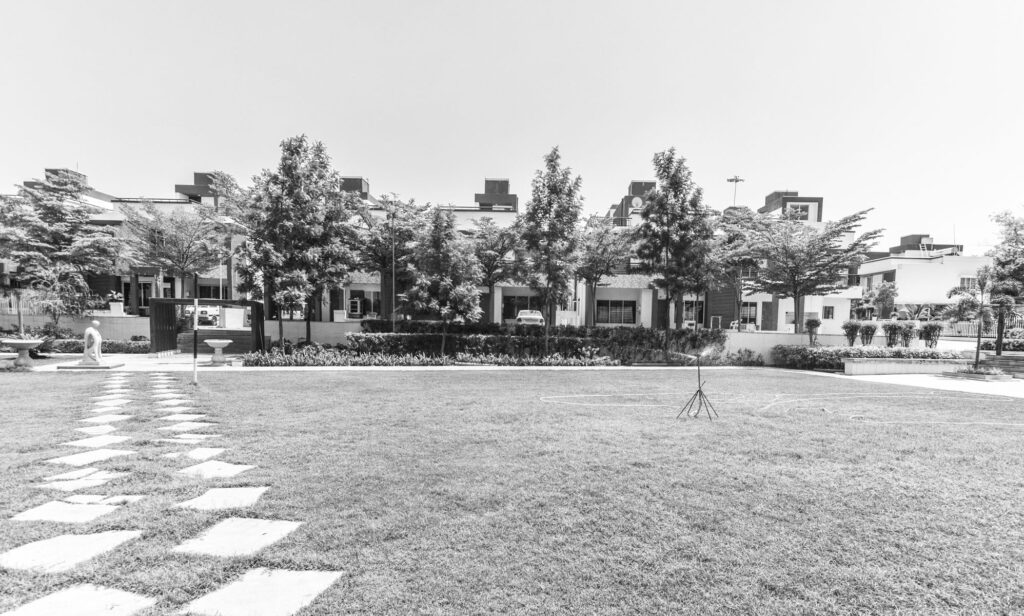 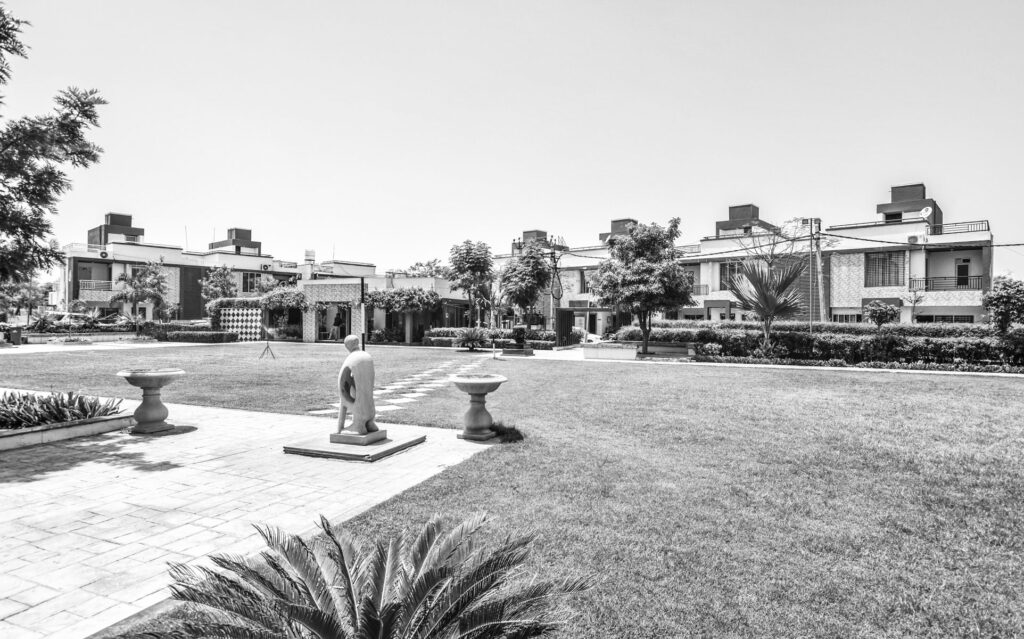