Parklands housing is a luxurious mass housing project located in the industrial town of Vapi, in South Gujarat. The site is very oddly shaped and originally around 20 percent of the site was covered with high tension towers, which were later removed after an agreement was reached with the government, to accommodate more units. So, now the site has 128 villas each with their own elevators. There are 3 types of units, A, B and C; with A being the most expensive and C being the least. All the units have 4 bedrooms and living areas but the difference is in the sizes. In unit type A, all the living areas are on the first floor with 2 bedrooms on the ground and 2 on the second floor. While in unit type B, there are no bedrooms on the ground and in type C, the living areas are on the ground with a bedroom and the other bedrooms spread on the first and second floors.A common community space has been created as well, with a clubhouse incorporating meeting halls, indoor games, a library, a theatre and a gymnasium along with a swimming pool and a garden large enough to have large scale gatherings. 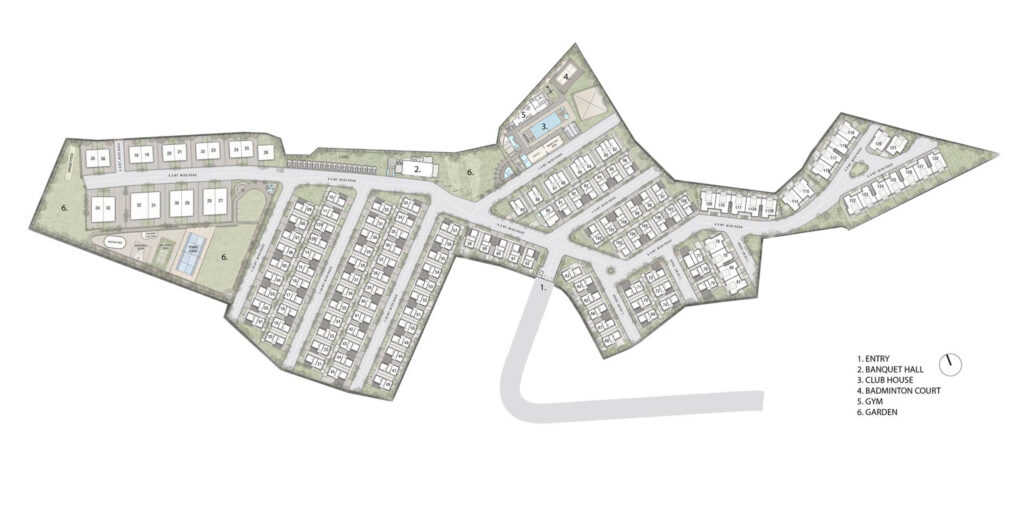 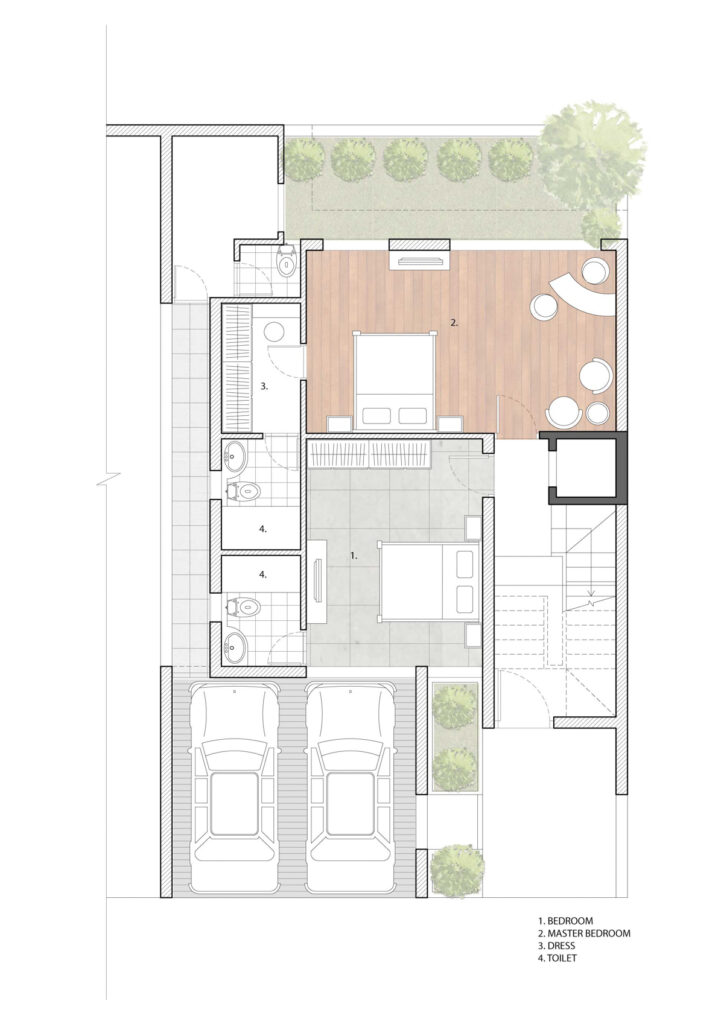 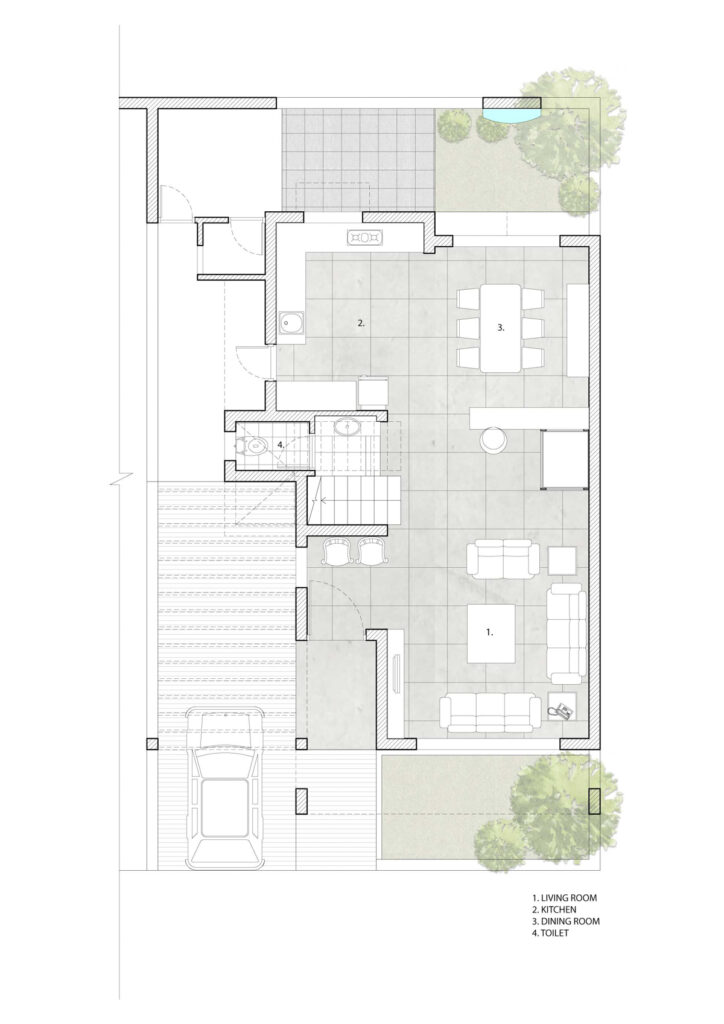 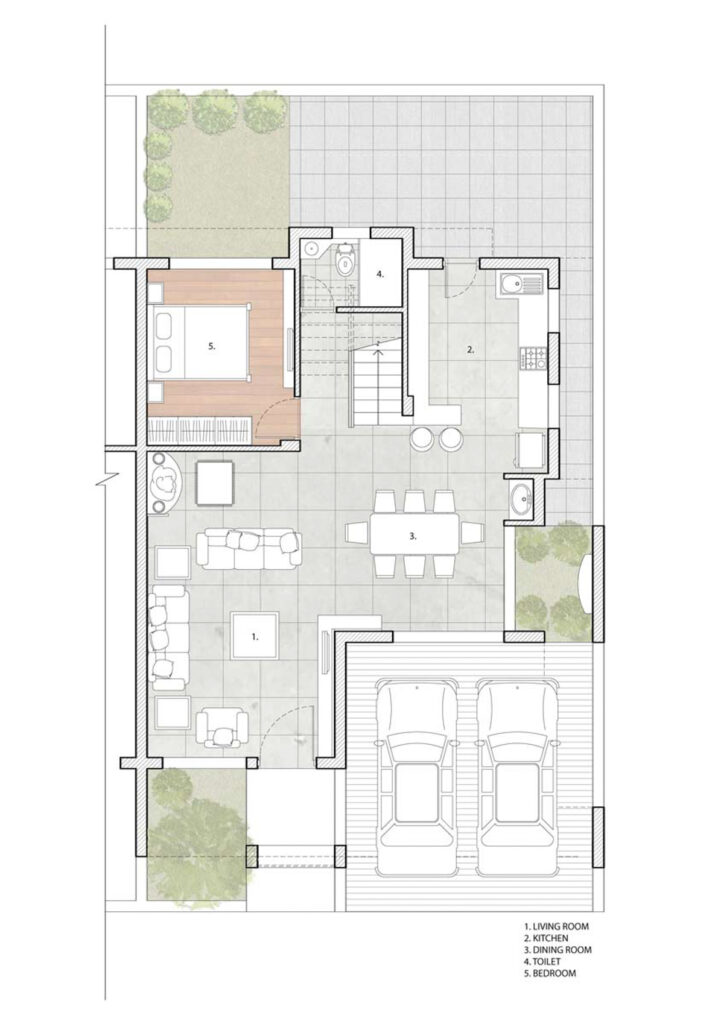 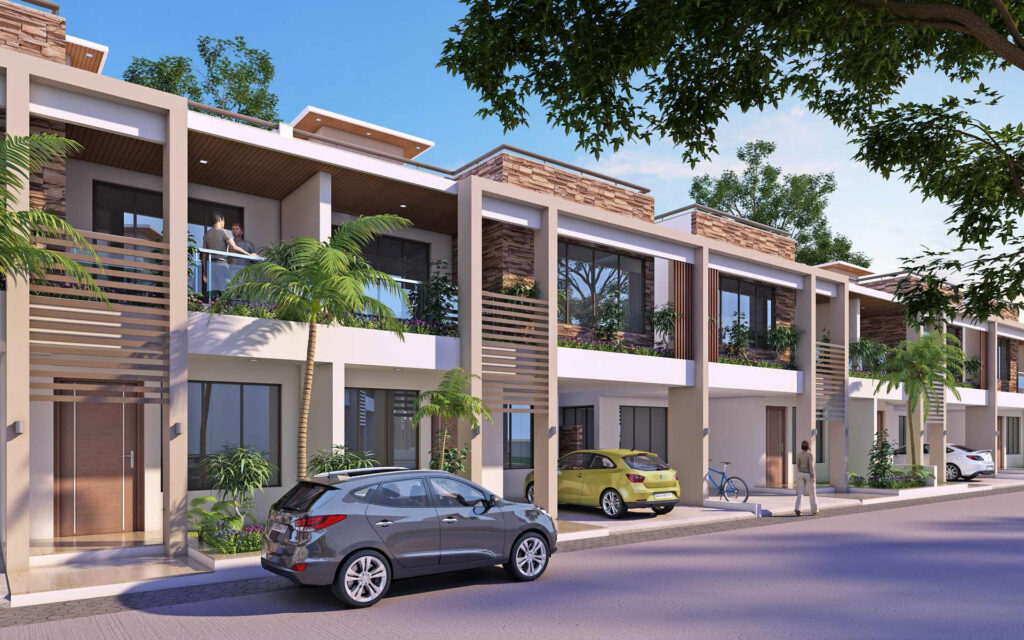 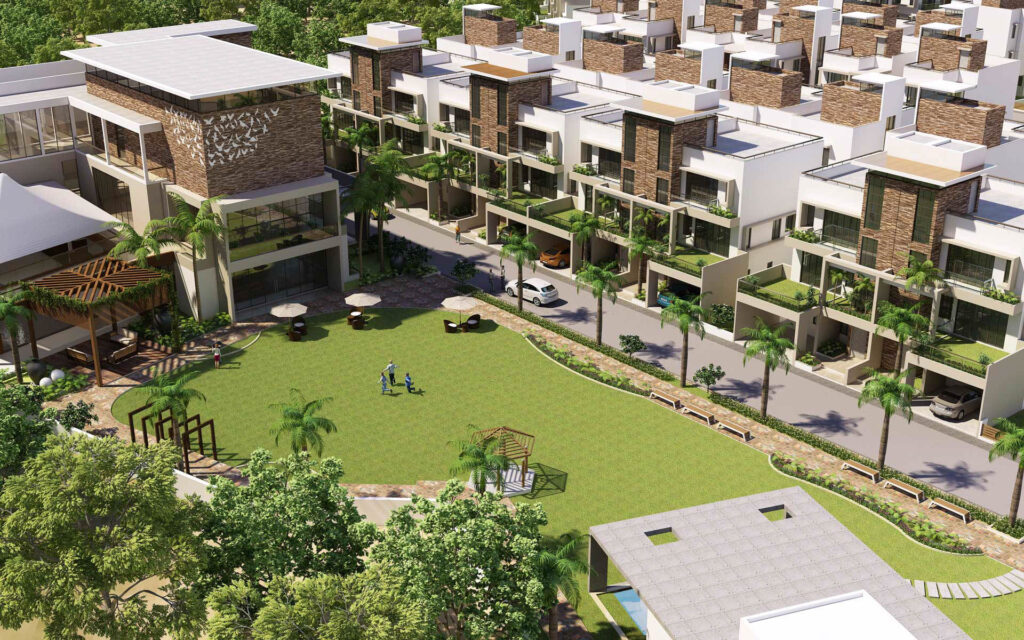 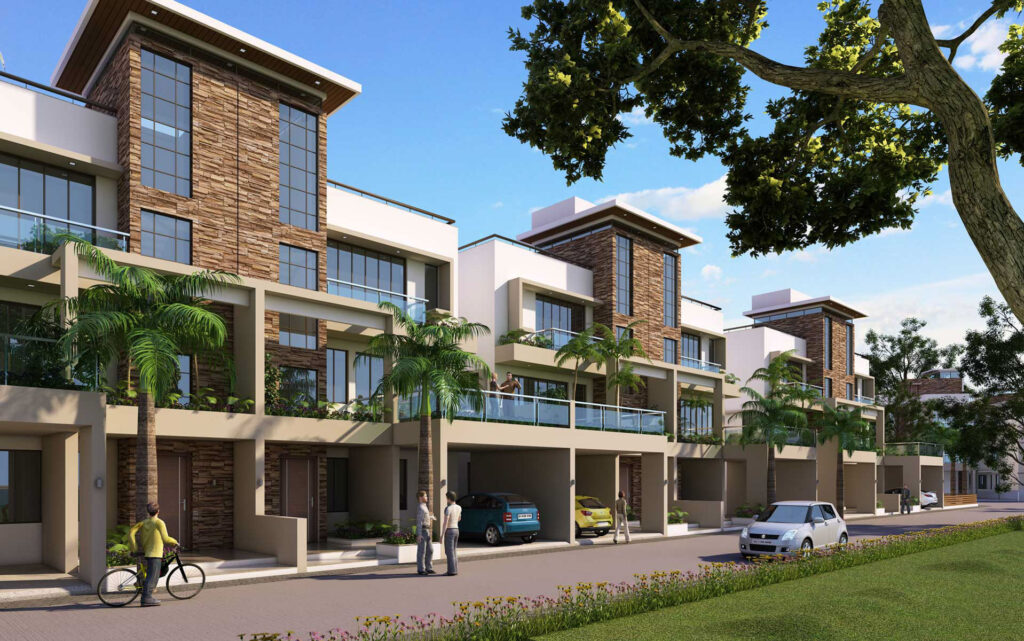 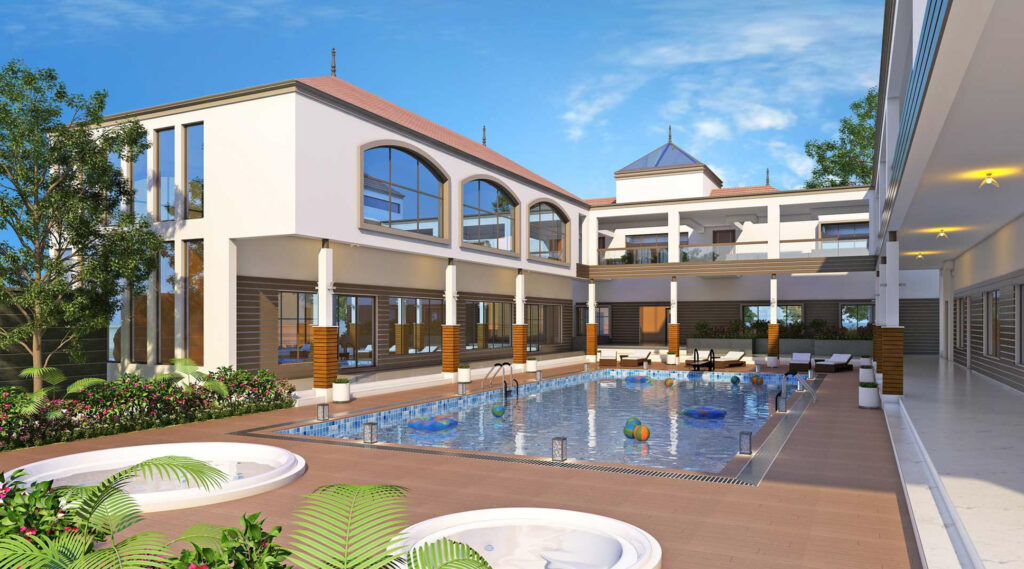 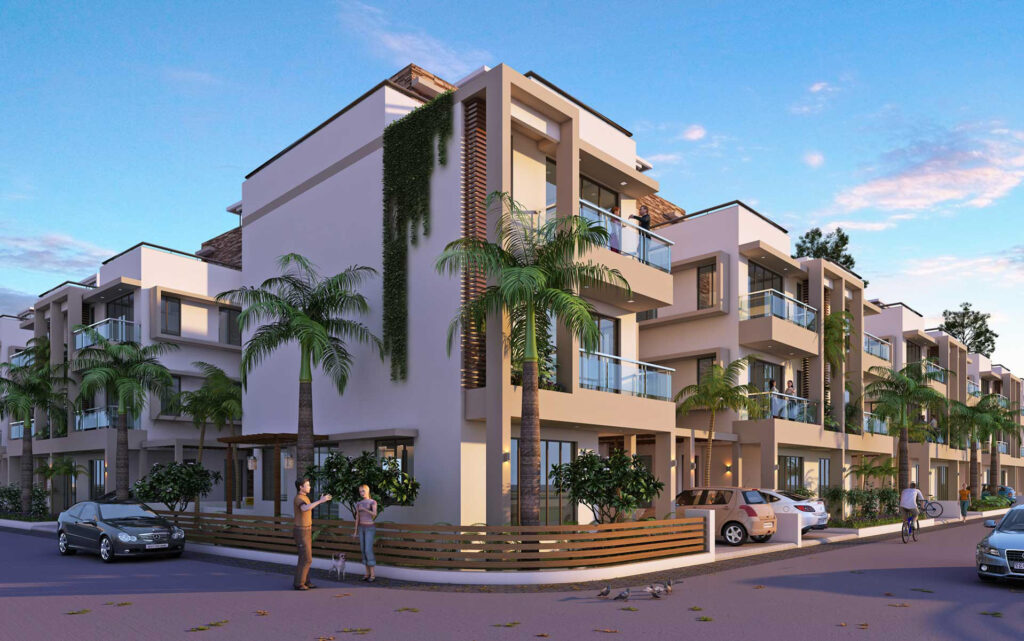 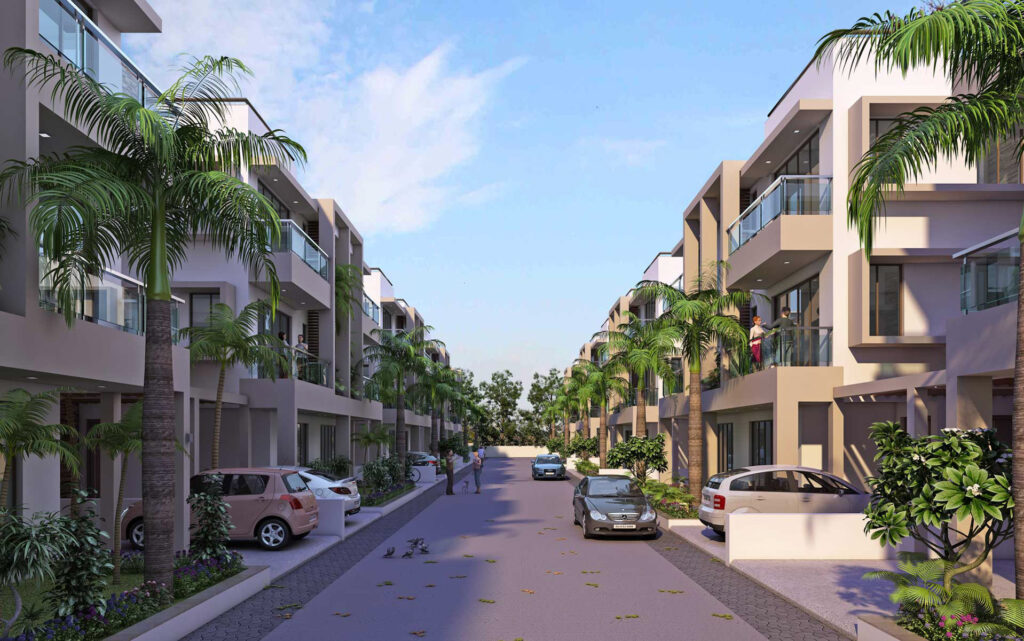 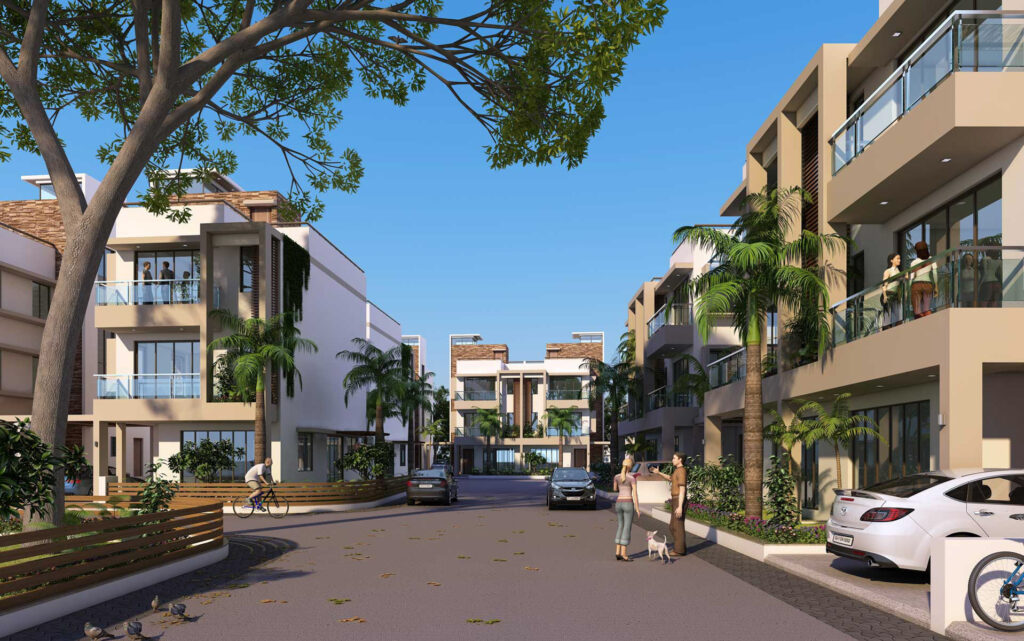