This industry proposal consists of two parts, the industry itself and the admin block. The industry is designed as a pre-engineered building which is going to be built in China and then later assembled on site in Sohar. The admin block is designed as a modern interpretation of historical middle eastern architecture. The plan resolved as a simple grid creates clear floor spaces for the functionality of the office. All the openings inside or on the exterior are designed as semi circular arches, which along with the stone masonry create the illusion of entering into a different area. The courtyard at the centre of the building also helps with that, while responding to the geography and climate of the project. This creates a central light well and the water body at the bottom of the open to sky court helps ventilate the entire building in its hottest months. 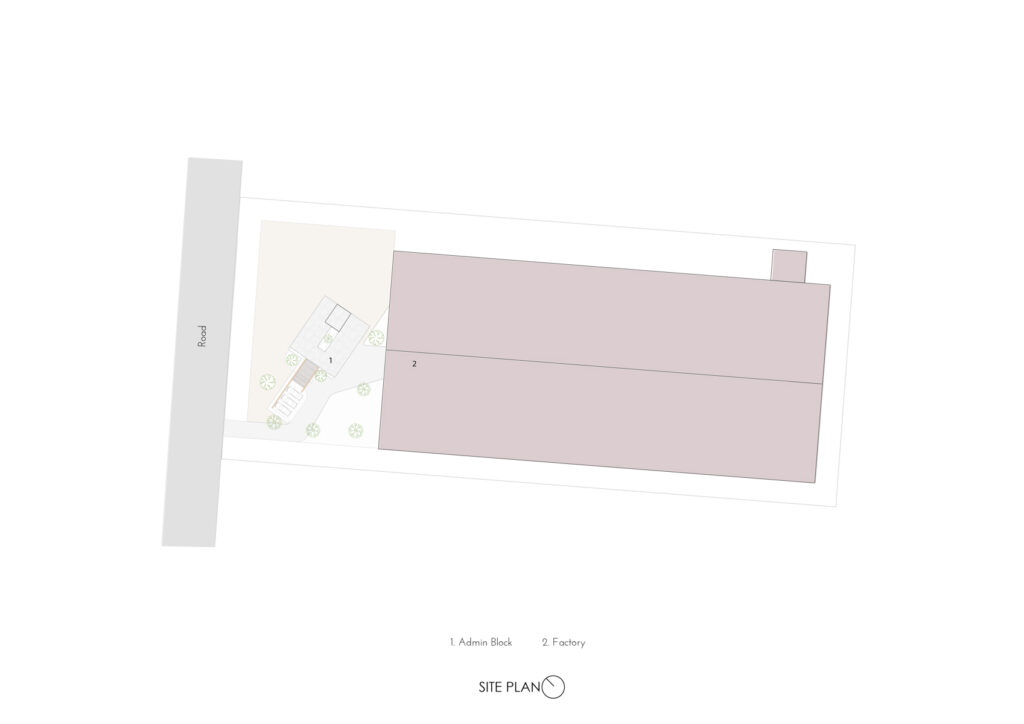 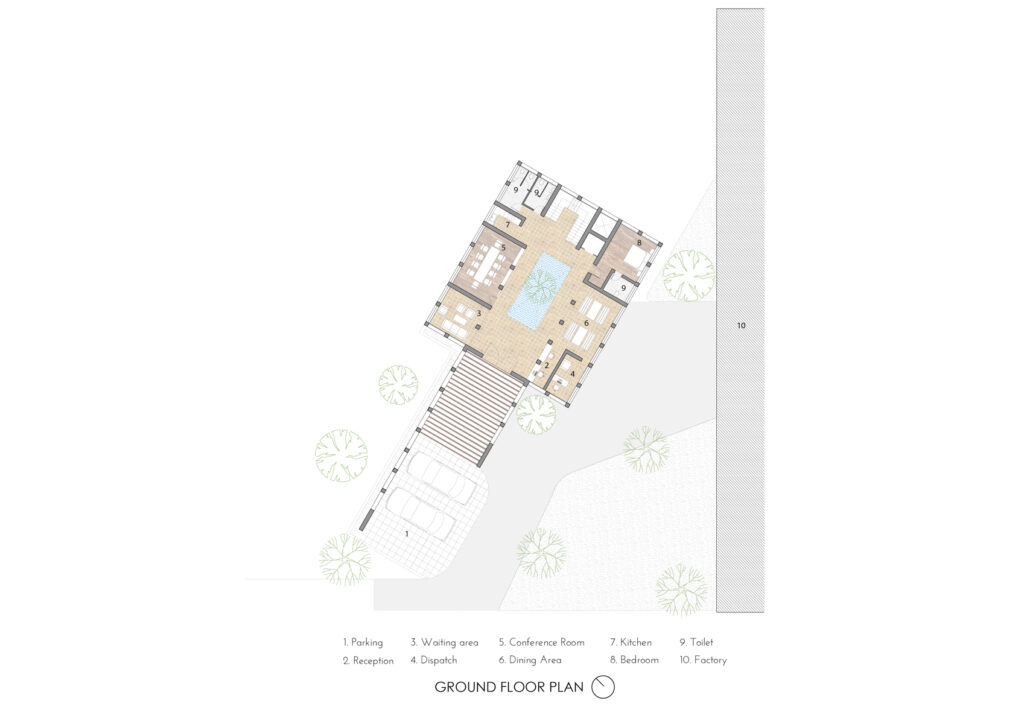 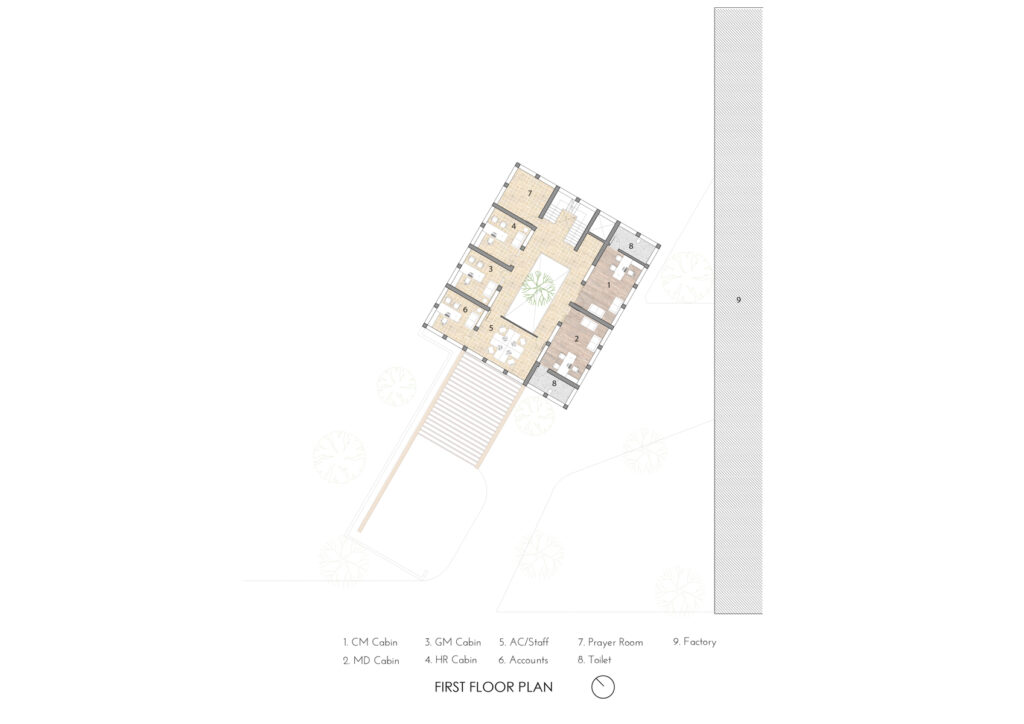 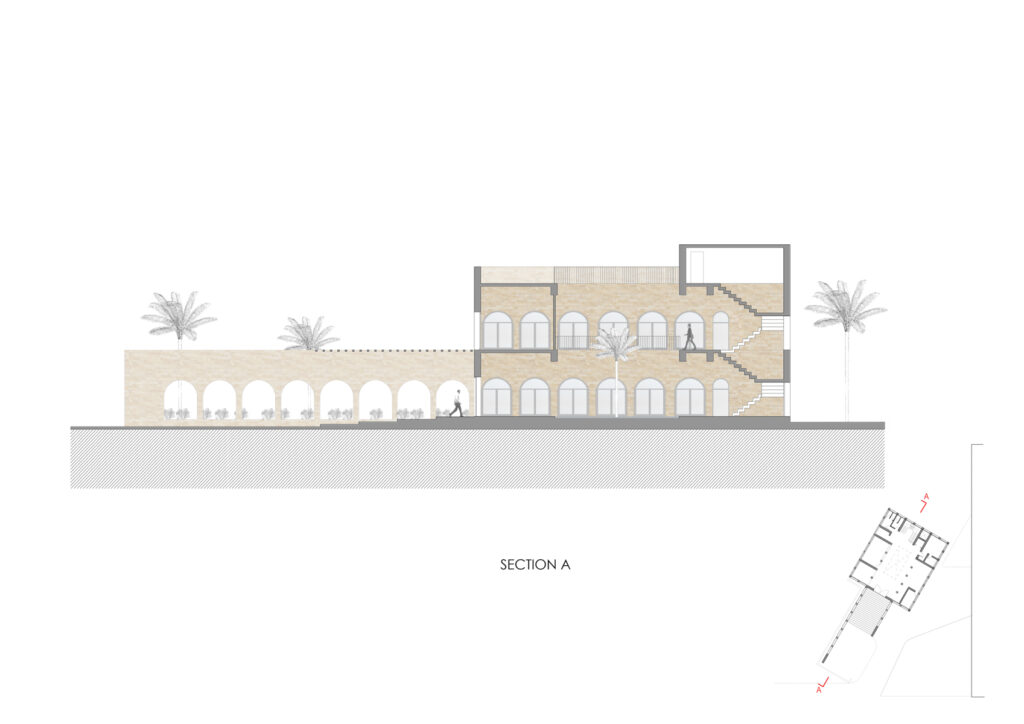 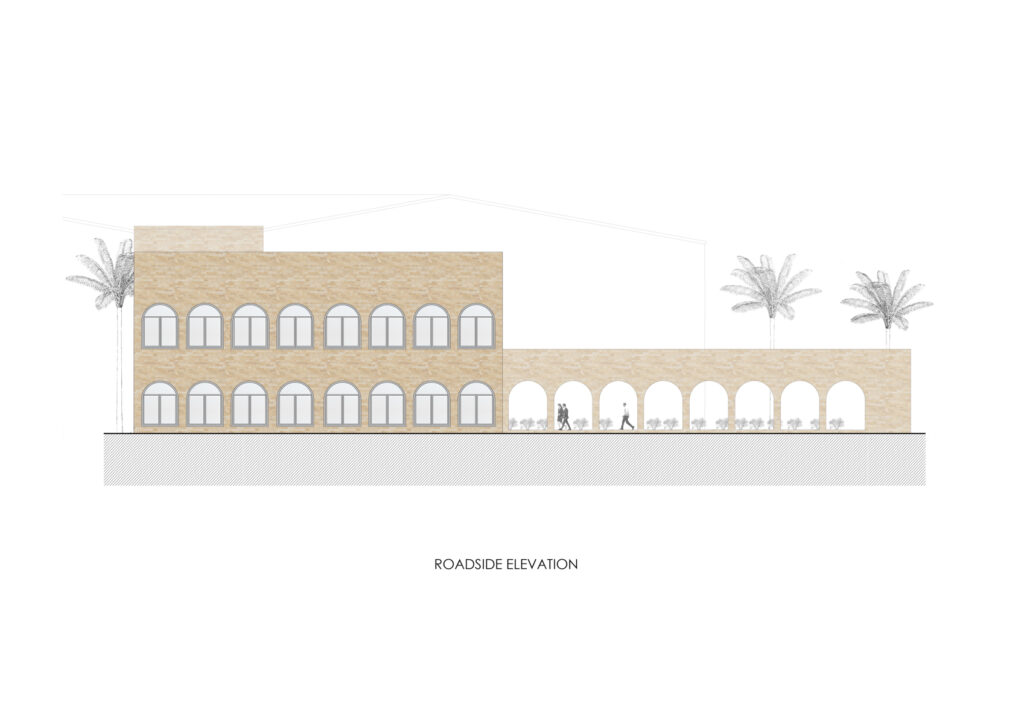 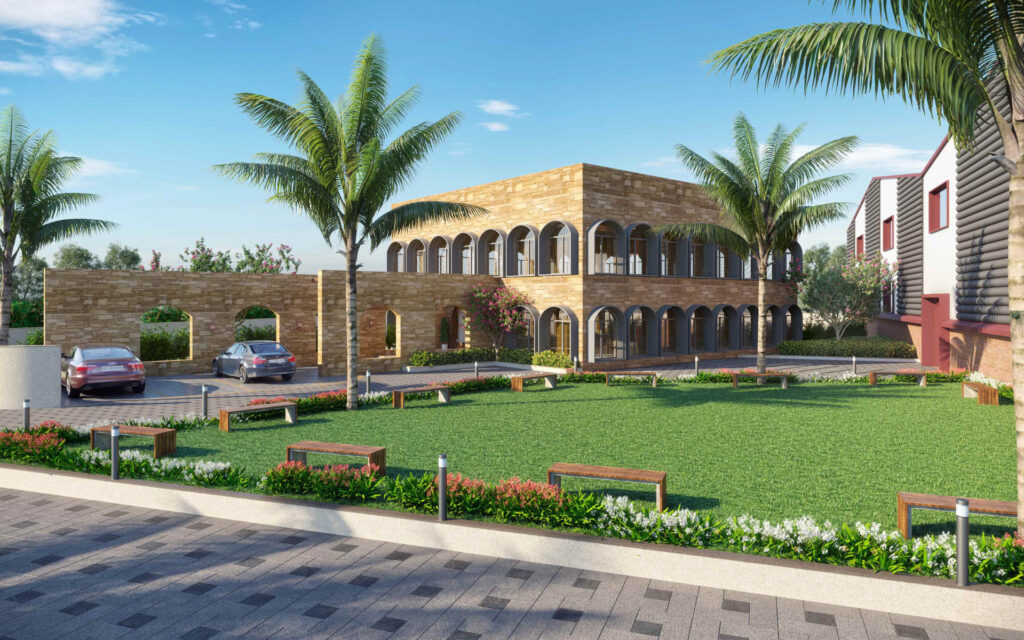 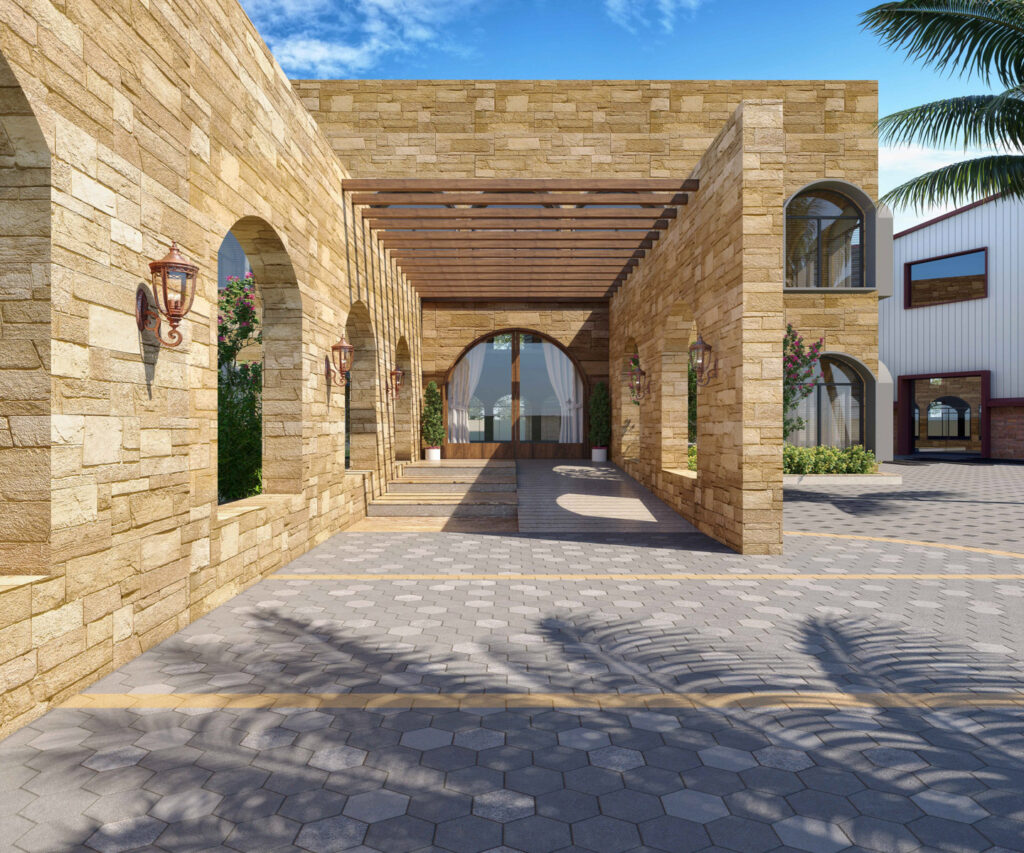 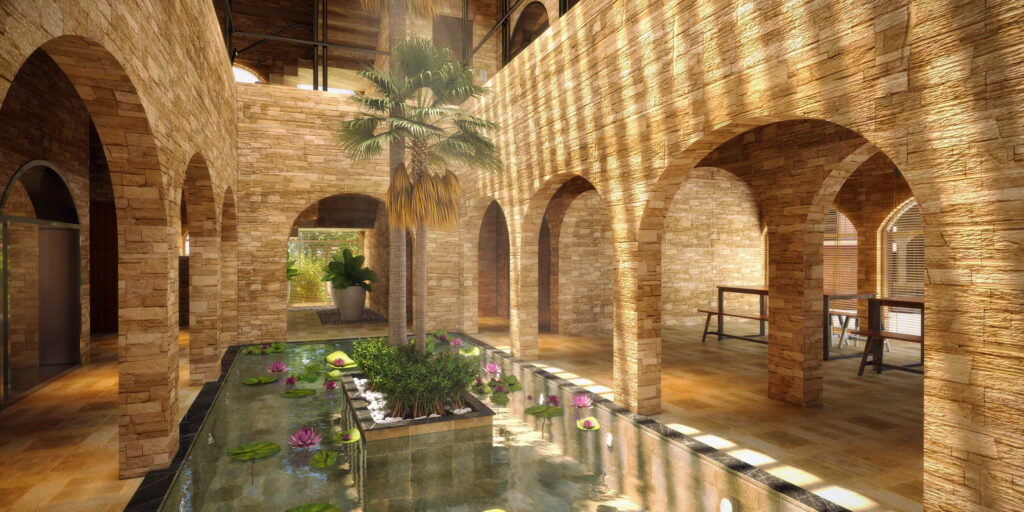 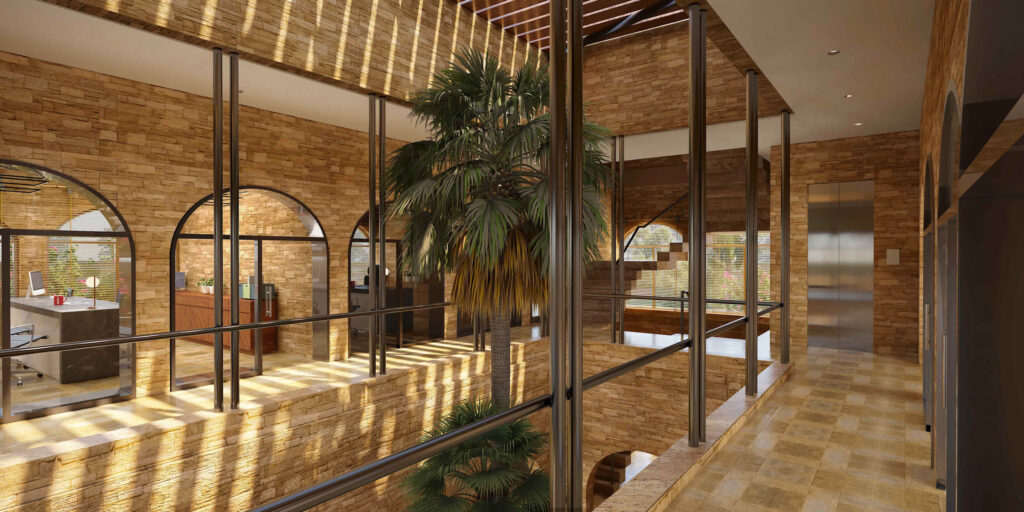